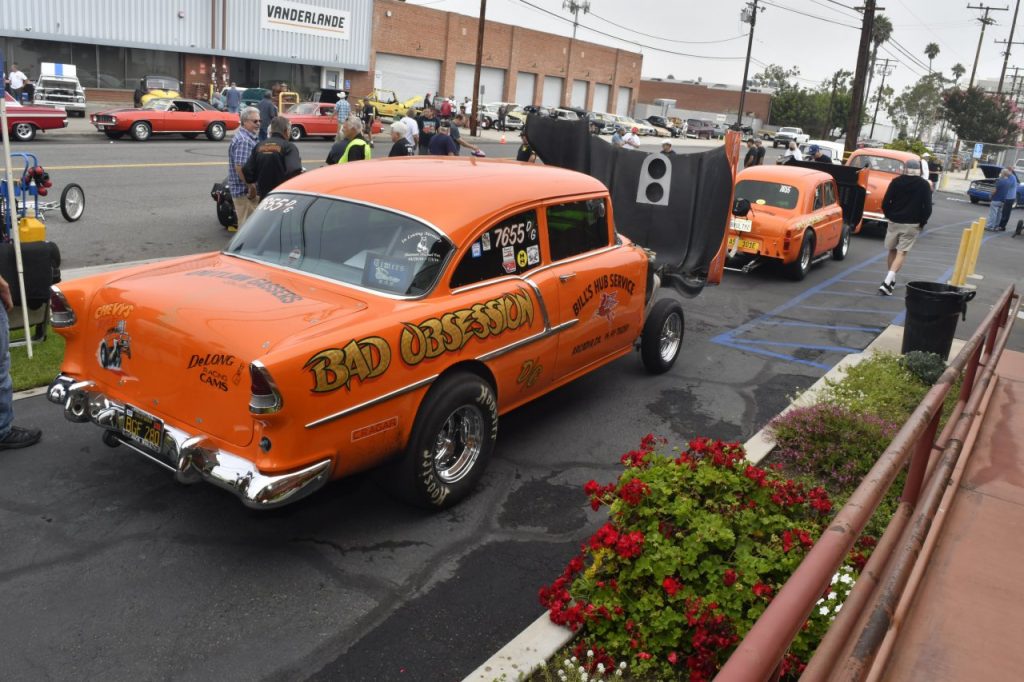 “Gasser 7” went on this past weekend without the featured guest of honor. But at the age of 100, and after a series of “Camfather” events celebrating that milestone, Ed Iskenderian can be excused for not feeling up to yet another appearance.

I chuckled when I saw an “Isky” cutout on the dais. So he was there in image, and likely in spirit, and other stars of the era, including “Hot Rod” Bob Beck, Robert “Bones” Balogh, Jerry Mallicoat, Bob Muravez, “Fast Jack” Beckman and former NHRA vice president Steve Gibbs were on hand to share stories of the “gassers,” the nickname for a class of drag racing vehicles that, well, let’s let Gibbs define them:

“A gasser is basically a stock body car that’s been modified with a high performance engine,” he said. “In a way they are early Funny Cars and you would see a lot of Willys or cars from the ‘40s and ‘50s where some were injected, some supercharged, but all were the earliest hot rods on the drag strip.”

Gasser 7 Fest, as the event was labeled, took place at the recently renamed Zimmerman Automobile Driving Museum, near the runways of the LAX airport in El Segundo. The gathering featured the cars that were popular in drag racing, and especially so during an era known as the “Gasser Wars,” from 1956 to 1968.

Thousands of spectators flocked to drag strips, including the 1965 NHRA Nationals near Indianapolis, where “Big John” Mazmanian’s ’41 Willys and Doug “Cookie” Cook’s Stone-Woods-Cook gasser battled for the A/Gas championship. Cook won with a pass in 14.20 seconds at 116.53 mph.

With short wheelbases and front ends lifted higher than stock to enhance weight transfer to the rear, the cars looked top heavy. Bodies were striking with flamboyant paint schemes in metal flake, pearls, and bright candy coats of paint.

The cars were known as gassers because they ran on regular gasoline, no nitro, no nitrous allowed. Some referred to them as street vehicles on steroids.

A guy at the show called “Squid” — he’s also a docent at the museum — told us about his ’46 Ford Woody, which is powered by an LT Corvette engine:

“I belong to Santa Barbara Woody Club and we have shows up and down the coast all year long. All I had to do when I acquired the Woody about 6 years ago was to wax the heck out of it.

Best of Show honors at Gasser 7 went to an “over the top” ’49 Anglia with a 426 Hemi putting out 600 horsepower for its owner,  Wayne Jenkins.

We all missed “Isky,” and wish him well — oh, and we enjoyed his birthday cake.

PS: If you want to see these vintage gassers in action, they run at the California Hot Rod Reunion and March Meet at Famoso Raceway in Bakersfield, as well at the “Nitro Revival,” November 6-7 at Irwindale Dragstrip.

Before the Gasser gathering ended, some of the dragsters took part in a cacklefest: