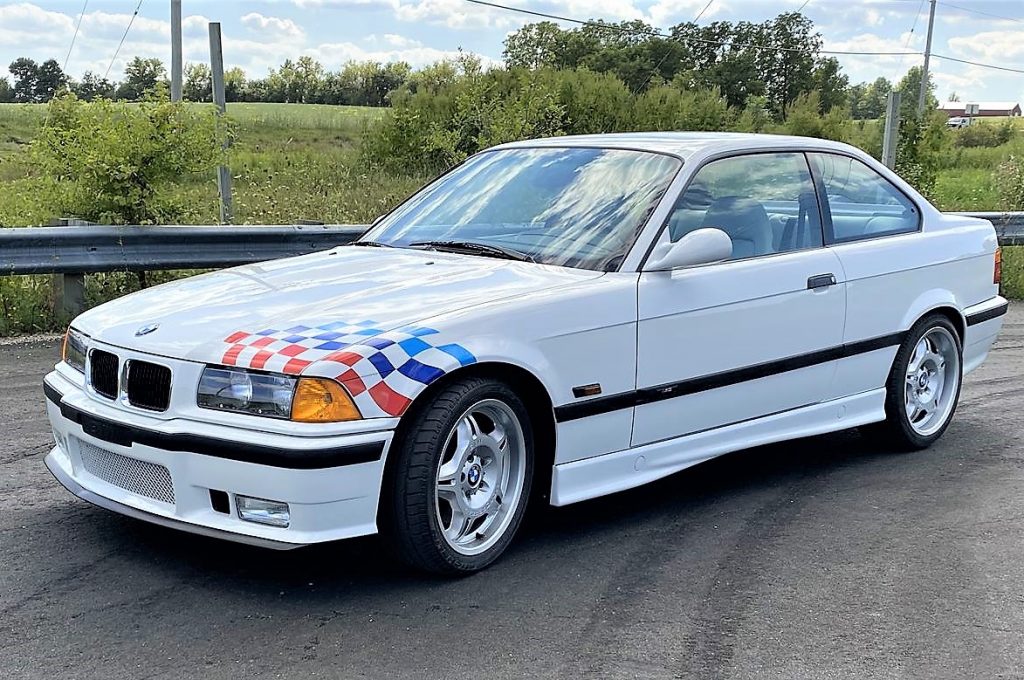 Starting in 1992, BMW spiced up its E36 3-series to transform it into a veritable sports car available in coupe, convertible or sedan form.  Its straight-six powerplant leveraged a cast-iron block, aluminum heads and variable-valve timing to produce what was at the time an impressive 240 horsepower.

Nearly 30 years later, most M3s of that era have long-since been used up and gone away, especially those in unmodified original form.  So the Pick of the Day, a 1995 BMW M3 sedan, is something of a unicorn: a one-owner car with an exceptionally low 3,288 miles on its odometer and apparently a like-new all-original car.

“In perfect condition, a 1995 Alpine White BMW M3 with Dove Gray leather upholstery,” the private seller in Burlington, Wisconsin, says in the advertisement on ClassicCars.com. “This M3 is a time capsule with just under 4,000 miles.  It resides with its original owner since purchase from the dealership.”

Yes, that’s a lot, but this is a highly unusual example of a great model.  And as the saying goes among car collectors, “Try to find another one.”

The sheer existence of a sub-4,000-mile German high-performance sports coupe is remarkable enough to warrant a look at the pictures and description included in the listing.  Speaking of which, keen BMW aficionados will note the red-and-blue checkerboard graphics affixed to the nose and rear of the car.

These decals were designated solely for a revered group (with a production run of just 126 examples) of E36 M3s called “Lightweights,” which were improved track-focused models that shed about 200 pounds when compared with stock models.

This M3 not a factory Lightweight, and the seller notes that thankfully, the decals can be removed by the new owner if desired.  Aside from the faux graphic treatment, this M3 appears to retain its factory-spec configuration.

“The vehicle has all-original body panels with VIN tags intact… always kept in a climate-controlled building with a factory BMW car cover,” the seller says, adding that best of all, it “still smells new.”

A fitted car cover is included with the sale.  As fun as this M3 must be to drive, it will likely continue spend the rest of its life tucked away beneath it.  In which case, this “ultimate driving machine” may be better referred to as an “ultimate museum artifact.”