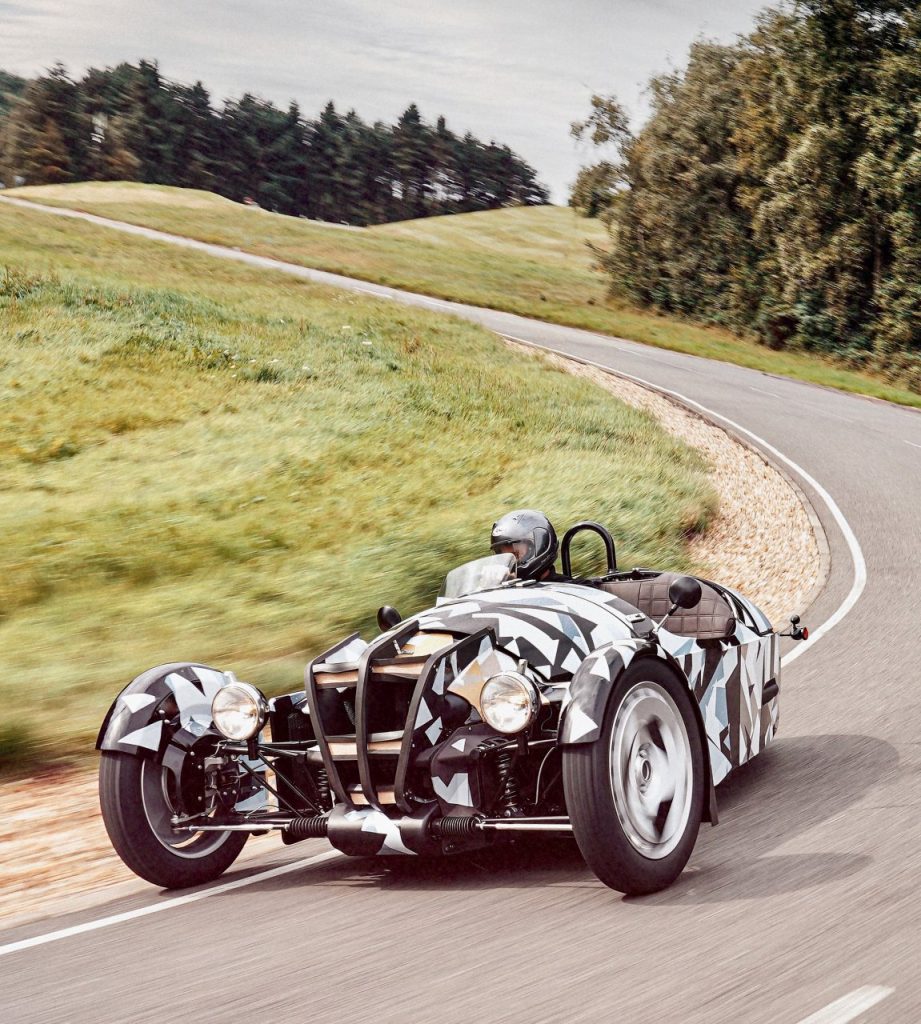 England’s Morgan Motor Company confirms that it has a new 3-wheeled vehicle in development and has shared photos of the car in camouflage during durability testing.

“Whilst a name is not confirmed for the new three-wheeled model, it will be defined by an all-new design, adventurous character, and significant engineering advancements,” the company said.

“In particular, the vehicle will take inspiration from the many owners of the outgoing model that have embraced adventure travel and touring, and whose incredible journeys have reached all corners of the globe.”

Morgan also said the new 3-wheeler will be powered, at least at launch, by a 3-cylinder Ford-sourced engine. Morgan has used Ford engines in many of its 3- and 4-wheeled cars since 1933.

Morgan began building 3-wheeled vehicles in 1909 and didn’t produce a standard 4-wheeled automobile for nearly 30 years. Morgan’s current 3 Wheeler launched in 2011 and orders closed earlier this year as the company turned its focus on the new model.

“We are thrilled to confirm plans for an all-new three-wheeled Morgan, a model that continues an incredible story dating back to 1909,” company chairman and chief executive Steve Morris is quoted. “The outgoing 3 Wheeler was adored by customers and enthusiasts alike, and will inspire this next generation.

“The upcoming model is an all-new ground-up design and the first whole vehicle program to be completed under the stewardship of Investindustrial. Morgan’s team of engineers and designers have considered everything that the company has learnt from the decade of building and selling the previous model. We look forward to sharing more about this exciting new vehicle in due course.”