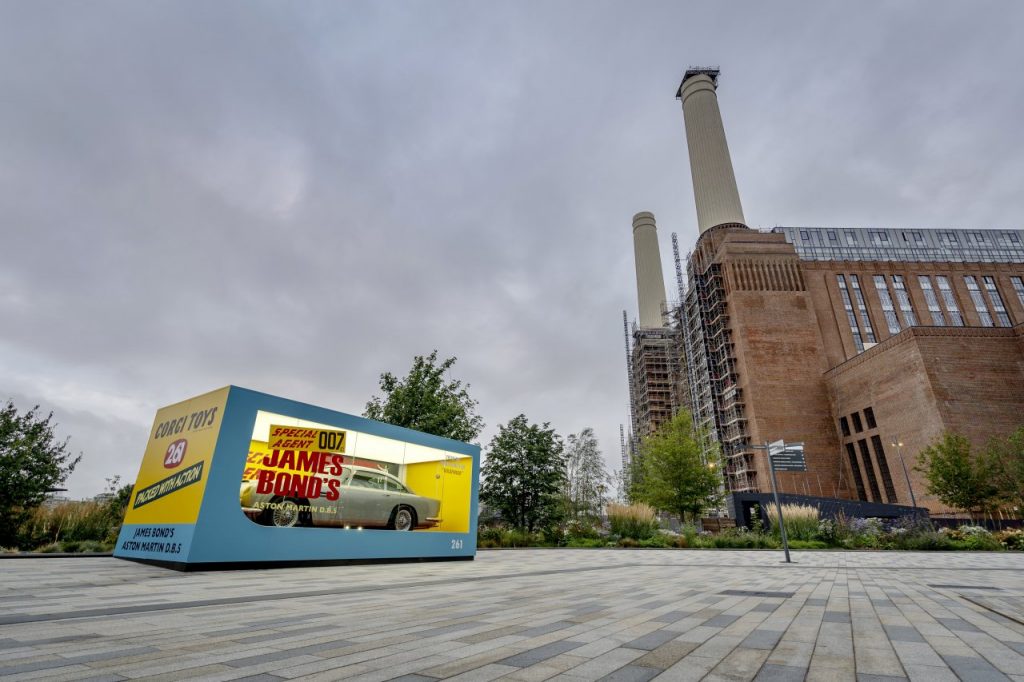 With the 25th James Bond movie scheduled to open in a month, Aston Martin has launched its own No Time To Die advertising campaign featuring 007’s iconic DB5 as though it was a full-scale duplicate of the 1965 Corgi DB5 toy.

While the advertisement is shown on television screens around the globe, the replica Corgi DB5 toy is on display until October 1 at The Coaling Jetty at the Battersea Power Station in central London.

No Time To Die features four Aston Martin models — the DB5, a classic Aston Martin V8, the DBS and the new mid-engine Valhalla.

The DB5 in the box also promotes the DB5 Goldfinger continuation car series. Aston Martin plans to produce 25 examples, “authentic reproductions of the DB5 seen on screen, available in one exterior color specification – Silver Birch (just like the original) – with only some sympathetic modifications and enhancements to ensure the highest levels of quality and reliability,” the company said in its announcement.