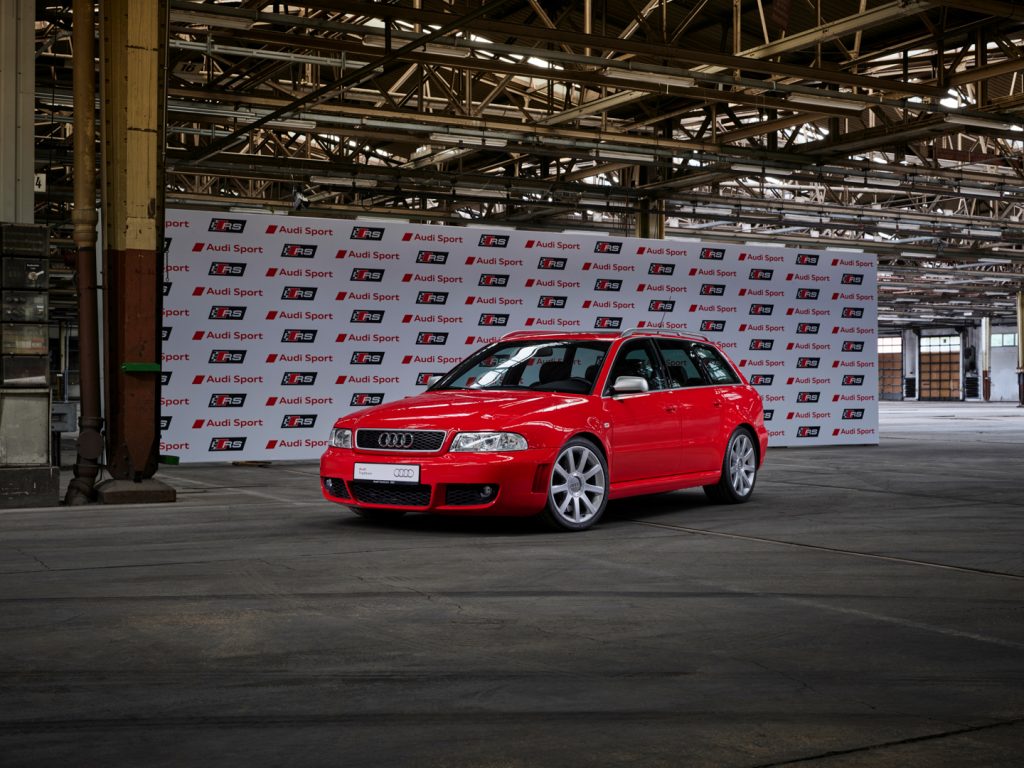 A little while back, we saw a video from Hagerty that featured a B5 Audi RS4 Avant Safari build. It sat on lifted suspension, wore all-terrain tires, had a slick front light bar, and a unique dog setup in the truck. It was one of the cooler RS4 builds we’ve ever seen. In the video, the RS4 Safari gets hooned in the mud and snow, which left it extremely filthy afterward.

In a subsequent video, the B5 RS4 Safari was given an incredible detailing by AMMO NYC, who made it sparkle again, after being caked in mud. Now, we get to see another video of the same RS4 Safari but, this time, we get to see what it’s like to drive.

This new video from Tedward puts us all behind the wheel of the B5 Audi RS4 Safari during a POV drive of the ultra-special one-of-one car. More importantly, though, it shows off all of the car’s impressive details up close, in a way we didn’t get to see before.

Up front, it has a light bar made from a single billet of aluminum, which was then mounted directly to the frame of the RS4. That makes it incredibly strong, meaning it can take a beating off road. There’s also a nightvision camera at the front, for some better nighttime visibility. It also lacks almost any badges, of any kind. The only badges that remain on the car are blacked out Audi logos. Even the O.Z. wheels logos were removed from the center caps and the Yakima roof box’s logo was removed as well.

The powertrain was left completely unmodified, which means it sports a 2.7 liter bi-turbo V6 with 380 horsepower and a six-speed manual transmission. This car still has the same Quattro all-wheel drive system, just with a lifted suspension and beefier tires. So it feels mostly like an RS4 to drive, just taller and with a bit more roll.

This B5 Audi RS4 Safari truly is a one-of-one vehicle, with none other like it in the world. It was a special one-off project by AI Design and it’s incredible. Check it out.

The post VIDEO: Watch the B5 Audi RS4 Avant Safari Go for a Drive appeared first on QuattroDaily.