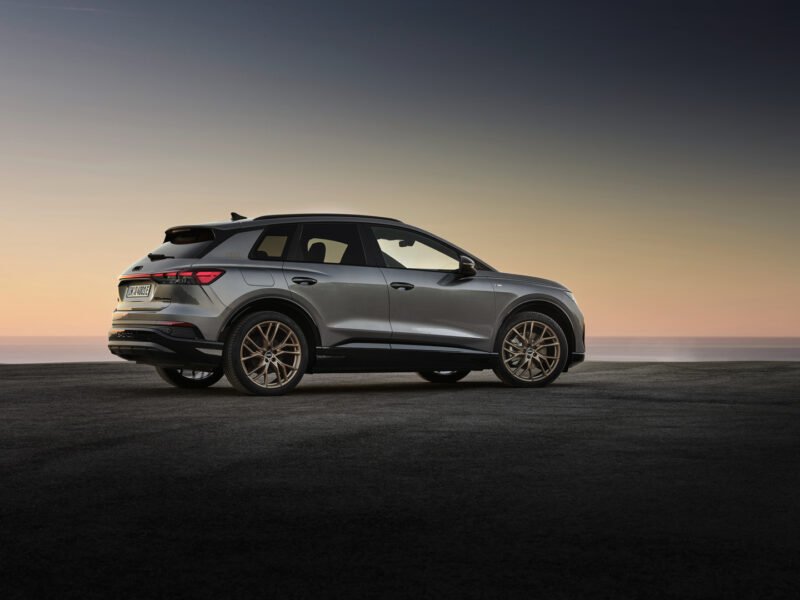 Carwow’s Mat Watson is going to buy his mom a new electric car, to replace her old SEAT Leon. To decide which electric car to buy her, he recently had her choose from a suite of new EVs, one of which was the Audi Q4 e-tron.

However, it was a bit more interesting than that. To decide, he brought six EVs to the test; three inexpensive cars and three expensive premium cars. Obviously, the Audi Q4 e-tron was in the latter group. She had to immediately dismiss one of the inexpensive cars and one of the premium cars, thus only choosing from two of each category. After that, she test drove all four cars to narrow her choices down to just one car in each category. From those two cars, Mat Watson decided which one to buy with the flip of a coin.

The three inexpensive cars to choose from were the Volkswagen ID.3, the Peuguot e-2008, and the Vauxhall Mokka-e. As for the three more premium expensive cars, it was the Audi Q4 e-tron, Volvo XC40 Electric, and the Tesla Model 3.

After driving four of them, the cars she liked the most were the Volkswagen ID.3 and the Tesla Model 3. The Audi Q4 e-tron seemed to impress her quite a bit, with its styling, space, and comfort, but the seat couldn’t get high enough for her and it didn’t feel as bespoke as the Tesla. That’s the gamble Audi is taking by making its EVs feel relatively normal, like most other Audi vehicles.

Then it was time for Mat Watson to flip a coin and make the decision of which to buy her. However, there was a stipulation, due to the Tesla costing a lot more than the Volkswagen. So which one did he end up choosing? Watch the video to find out.