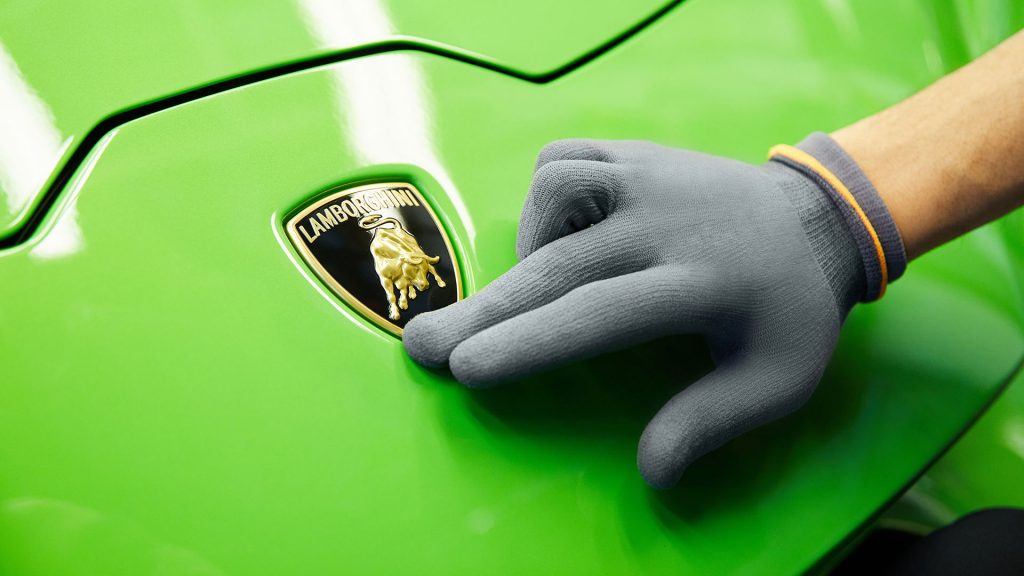 Automobili Lamborghini SpA is setting records again with a total of 4,852 Raging Bulls being delivered from their factory in Sant’Agata, Bologna, Italy, in a matter of only six months, they managed to ship out almost 5,000 cars from January 2021 to the end of June 2021, if you count weekdays and weekends, that comes down to only 181 days, so on average, there were almost 27 Lamborghini being delivered in the world each and every day (26.81 to be exact), and that number would be even larger if we didn’t count Sundays too, but for argument sake, let’s leave it at 27 units a day.

If we take this number and compare it to previous years, they had an impressive increase of 37% compared to 2020, but at that time the Covid pandemic was hitting us at full force, and both the factory, and dealers were forced to shut down all over the world, but even compared to 2019, which was a ‘normal’ first half of sales, the 2021 number still represents a 6.6% growth, and with the Huracán STO and the new Aventador Ultimae, things don’t seem to be slowing down as the order book is already completely filled as far as April 2022 … that’s ten months in advance. 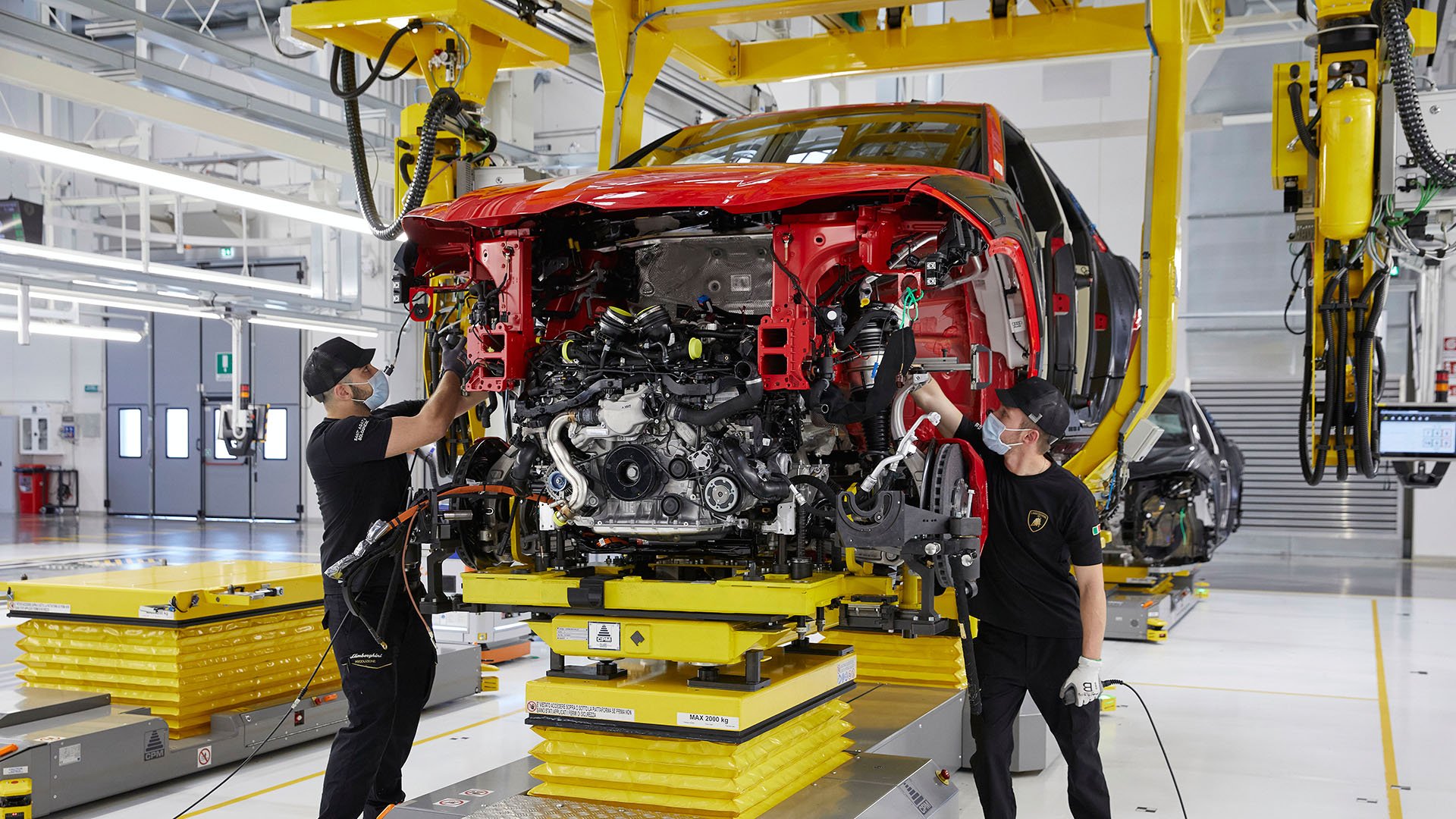 Stephan Winkelmann, President and CEO of Automobili Lamborghini SpA, only recently announced a massive investment of over 1.5 billion euros by 2024 to prepare the production of both hybrid and all-electric vehicles in Sant’Agata, but customers are still firmly believing in the current fuel propelled engines, the turbocharged V8 in the Urus, the naturally aspirated V10 for the Huracán, and the flagship V12 … these record-setting figures might also be a sign people want to get a ‘real’ Lamborghini before things inevitably turn to electrification. 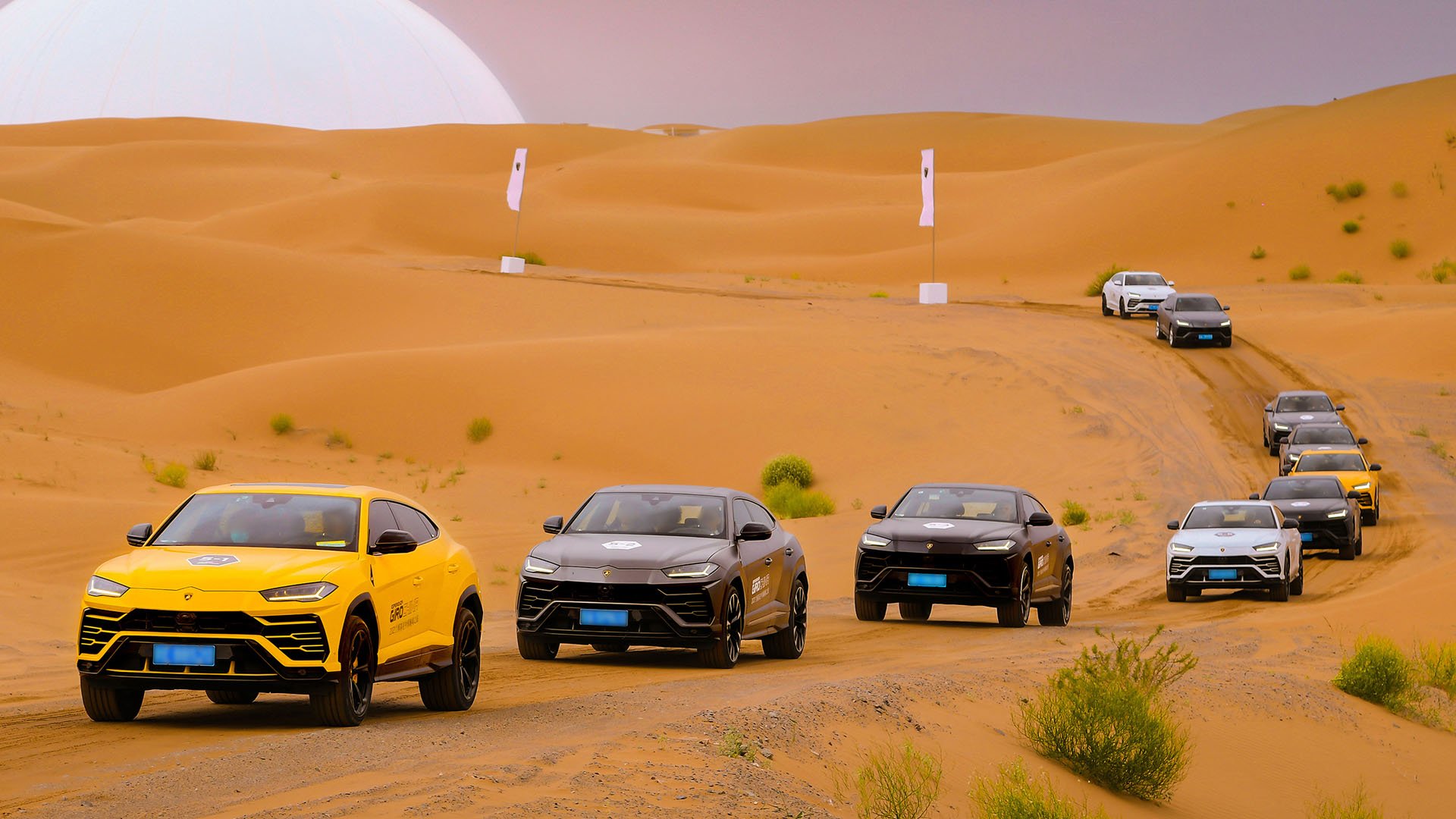 As could be expected, the best-selling Lamborghini at this time is their Super SUV, the Urus, this model alone had a 35% increase in sales up to 2,796 units, representing almost 60% of total deliveries during the first six months of 2021, and while a mid-life facelift for the Urus is just around the corner judging by the spy shots we’ve all seen earlier, Lamborghini’s off-roader is still a steady seller it seems, in some regions, you can’t turn a corner without seeing a Lamborghini Urus being driven or parked. 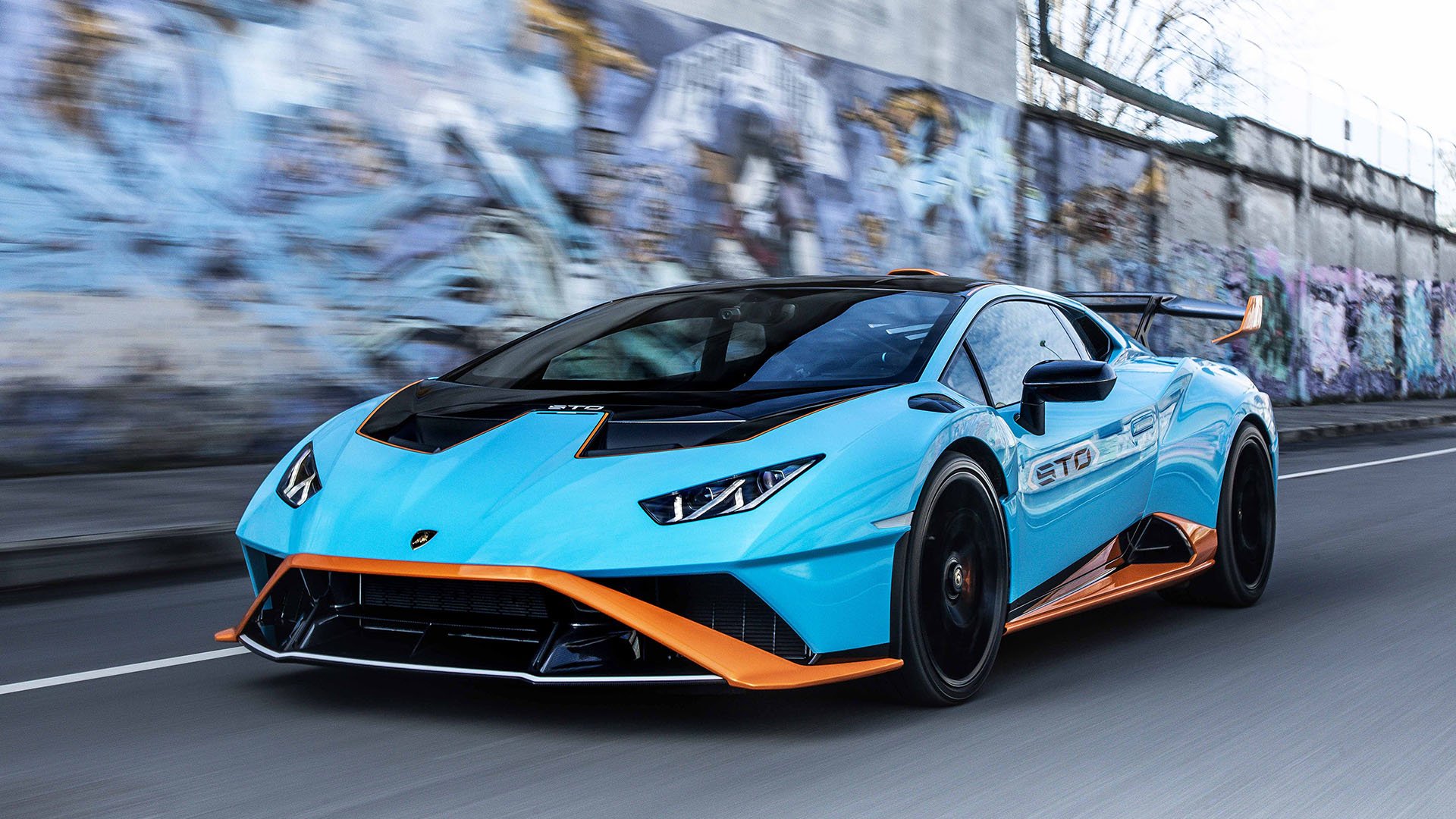 It might come as a surprise, but the Lamborghini Huracán seems to be selling very nicely too, with the recent EVO and EVO RWD models being available in both Coupe and Spyder version, with about the same power as the earlier Performante, customers seem to be keen on adding this V10 Bull to their garage, and as we speak, the very first customers are receiving their Huracán STO, which is nothing less than a street-legal race, let’s be honest. The Huracán deliveries between January and June saw an almost 50% increase compared to last year, with a total of 1,532 V10 cars joined with their happy owners, Lamborghini saw an increase of 46% over 2020, not bad for a model that has about two more years before it’s being replaced in 2024. 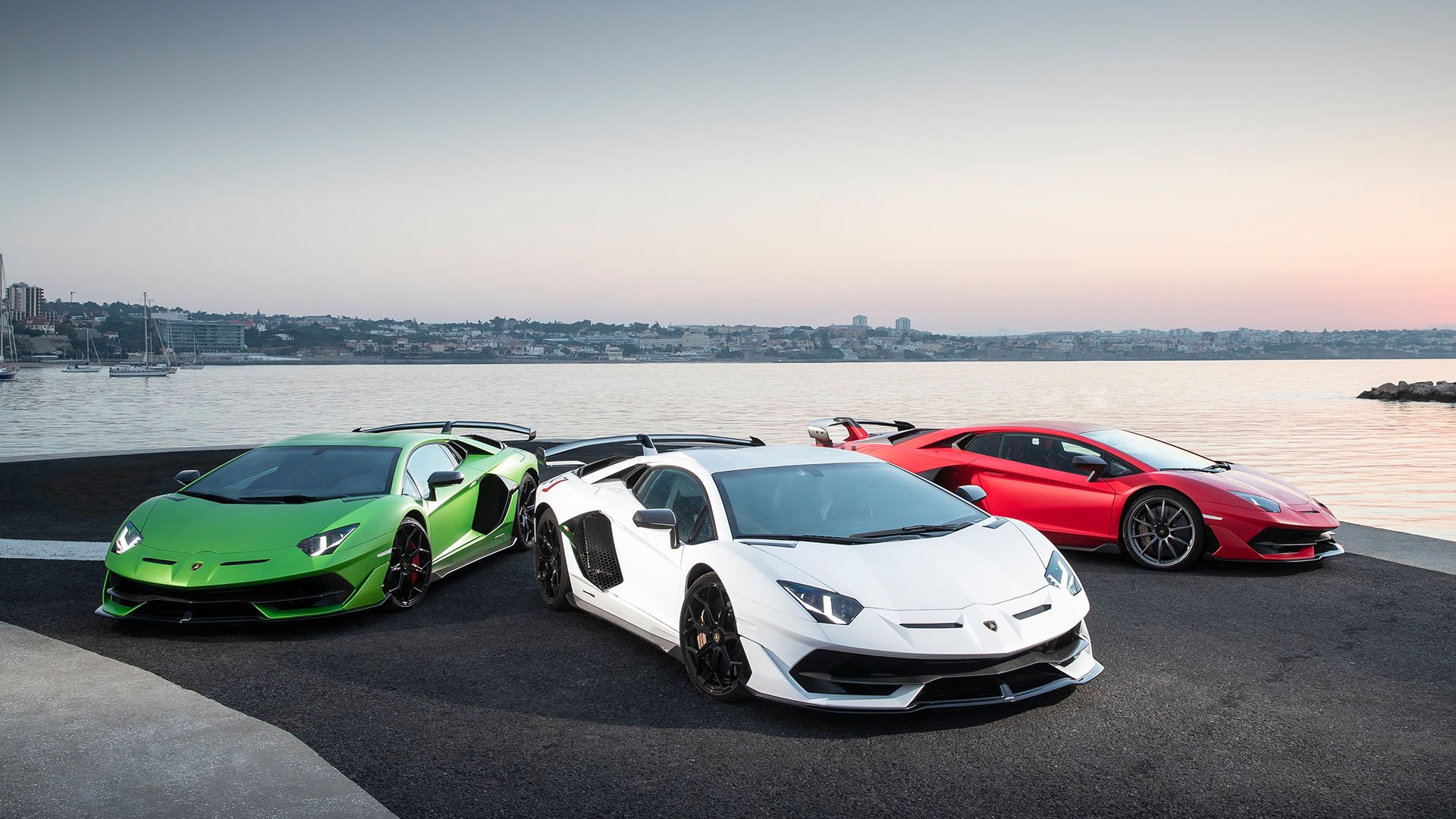 Sales numbers for the Lamborghini flagship model will always be a lot less compared to the Urus or Huracán, for one because of the price, but also in terms of practicality, an Aventador isn’t usually bought as a daily driver, which the Urus perfectly is, a Huracán to a lesser degree perhaps, but despite the hefty price tag, and the fact we are talking about what is essentially a 10-year-old model, the Aventador V12 reached 524 units during the first half of 2021, still a 21% increase over last year. Most of these 524 Aventador will have been the SVJ, SVJ Roadster, and the Sián, but now production will start on the Sián Roadster and the brand new Aventador LP780-4 Ultimae, the latest of the breed, and another limited edition model that will be the swansong of the Aventador range and the NA V12 engine for that matter. 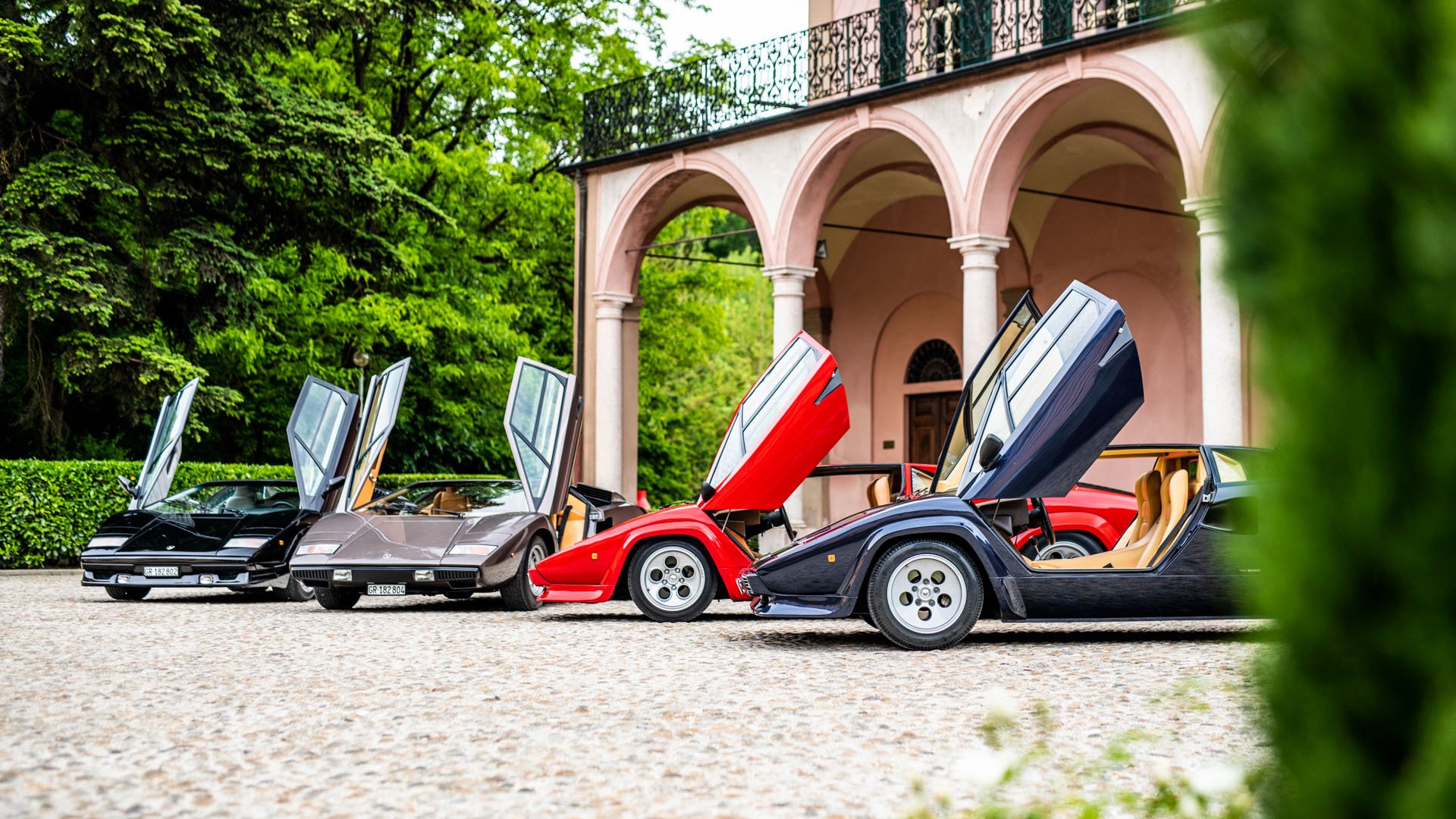 In 2023 we will see the Aventador successor being unveiled, and while it has been confirmed this new Lamborghini flagship will still come with a V12 engine, it will be a brand new engine and not an evolution of the L539 unit from the Aventador, the successor will get the third generation Lamborghini V12 engine, which will be the first one to come with additional electric motors right from the start, but there is something even more exciting to come later this year, most likely at Monterey Car Week in August, Lamborghini will present their second V12 model this year, and rumor has it we will be looking at another very limited production model as an homage to the legendary Lamborghini Countach that is celebrating her 50th anniversary this year.

Unlike the Aventador Miura Homage, which was nothing more than a special paint finish, some badges, and a different upholstery, the soon to be revealed ‘omaggio alla Countach’ could take the Sián underpinnings with the 6.5-Liter V12 engine and the Supercapacitor for a combined power output of about 819 hp, on the Sián the Aventador derived V12 engine had been taken up to 785 hp, together with the 34 hp from the e-motor this resulted in a better power to weight ratio of the Sián compared to the already impressive Aventador SVJ … note that the electric motor does disconnect above 130 Km/h, with a rumored price tag of $3,000,000 each and a production limited to 112 units, as a reminder of the LP112 internal code of the Countach, I’m sure this ultimate Lamborghini will sell out quickly too.

The post Lamborghini delivered on average 27 cars per day in 2021 appeared first on LamboCARS.