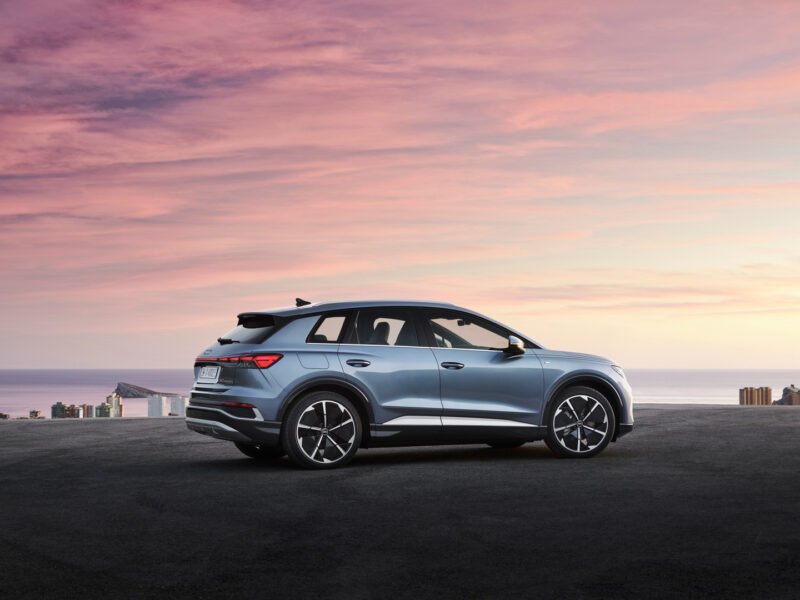 The Audi Q6 e-tron is going to be the brand’s next all-electric SUV, following the Q4 e-tron and the original e-tron SUV. The Q6 e-tron will be revealed, and likely go on sale, in 2022, so it’s about time Audi starts testing it out on public roads, as seen in these new spy photos. (We don’t own the spy photos but they can be seen here)

Following the release of the Audi Q4 e-tron, the new Q6 e-tron will be the brand’s first SUV to be built on the PPE (Premium Platform Electric) architecture shared by Audi and Porsche. Not only will it be the first PPE-based SUV from Audi but it will also share much of its chassis and powertrain with the upcoming Porsche Macan Electric. Thing of the Q6 e-tron and Macan Electric as the SUV versions of the Audi e-tron GT and Porsche Taycan (although, those two cars are built on the old J1 architecture).

In these new spy photos, it’s hard to make out any details of the Audi Q6 e-tron, as it’s covered in heavy camouflage. Though, you can see its silhouette, which is clearly a bit Sportback-like. In fact, it looks a bit like the upcoming Volkswagen ID.6, which is a bit disappointing. However, it’s likely to have its own unique styling elements to distinguish it from its VW sibling.

There’s no word on power, battery size, or range just yet. However, being built on the PPE architecture, it’s going to have 800-volt capability, meaning it will be able to charge at 350 kW, which would currently make it the fastest charging EV on the market, along with the e-tron GT and Taycan. While there’s no quoted range, though, we can expect around 300 miles, hopefully more.

Considering the Audi Q6 e-tron will be the first vehicle to launch on the new PPE platform, and it will be a midsize SUV, it’s likely going to be the best-selling electric Audi when it debuts. That makes it the most important, so it’d better be good.