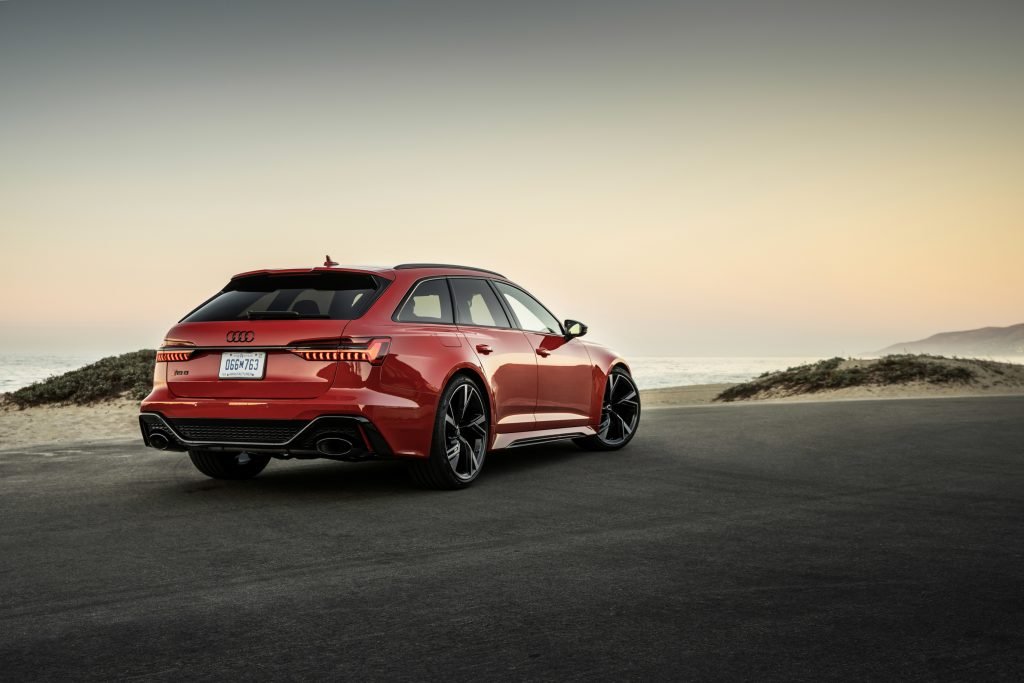 The new Audi RS6 Avant is a bit of a fan favorite, even despite its flaws. Being that it’s the first ever RS6 to make it to America, we love it, even if it isn’t perfect. Its two biggest flaws are that it’s too heavy and not as fast as some of its competitors in a straight line. It loses out drag races to cars that are even similarly powerful. So how can it take on the Tesla Model X?

In this new video from Carwow, we get to see the Audi RS6 Avant drag race the Tesla Model X Dual Motor Performance, to see which is fastest. On paper, the Audi should lose. Its 4.0 liter twin-turbo V8 makes 591 horsepower and 590 lb-ft of torque. However, the Tesla Model X Performance makes a monstrous 778 horsepower and 840 lb-ft of torque. Although, the Tesla is more expensive and heavier. So which is faster in the straight line?

Shockingly, in all three drag races, the Audi RS6 Avant was faster off the line. That’s not typical of Teslas, which are usually drag race champions, due to their instantaneous electric torque. However, the RS6’s launch control and lighter curb weight must have helped it out, as it feasted on the Model X off the line in each and every test. Admittedly, the Tesla did catch up after that but didn’t always win.

The rolling drag races were even more interesting, with the Tesla taking some wins and the Audi taking others. It’s interesting to see the strengths and weaknesses of both internal combustion and electrification. Though, the braking test was quite predictable — the Audi RS6 Avant won, as it wears grippier tires and weighs quite a bit less. So that made sense.

For years, Tesla has been considered the drag race king, with enthusiasts fearing to line up against one at a stop light. However, the new Audi RS6 Avant just proved that beating a Tesla can be done and you don’t need a hypercar to do it. You can do so in a five-door wagon.

The post VIDEO: Can the Audi RS6 Avant Take on the Tesla Model X? appeared first on QuattroDaily.