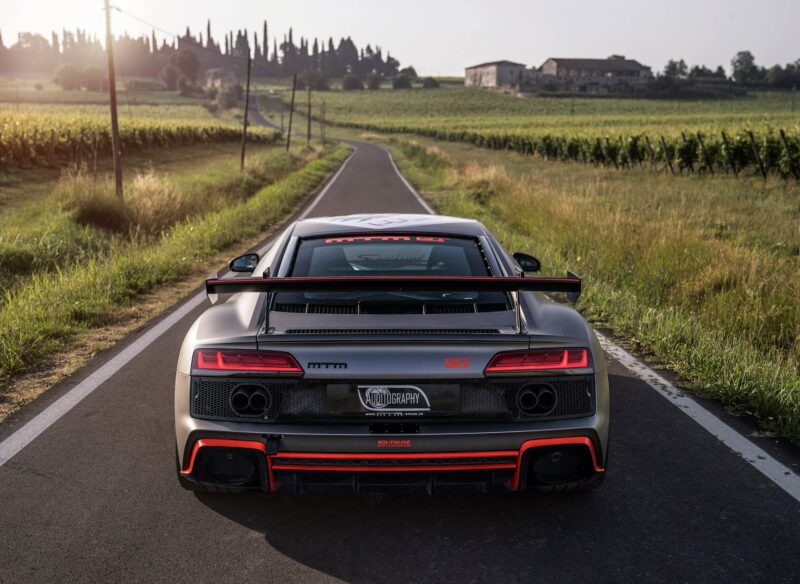 The Audi R8 V10 Performance doesn’t really need much tuning. Or saw I thought. It seems as if the stock car’s 600 horsepower and sub-three-second 0-60 mph time weren’t enough for MTM Tuning, who decided to crank things up to 822 horsepower. In this new video from Auditography, we get to not only see the MTM Audi R8 in action but we get to hear it as well.

MTM was able to squeeze an additional 200 horsepower out of the R8 with a supercharger and a tune. Supercharging the R8 is the right move, I think, rather twin-turbocharging it. It keeps more of the engine’s incredible sound, while also keeping its high-revving nature. But it’s really the noise that’s most important. Turbochargers suck some of the noise out of an engine’s exhaust, which is sacrilege in an R8. However, because this one’s supercharged, and clearly has an upgraded exhaust, it sounds incredible, far better than most other tuned R8s I’ve heard.

According to Auditography’s recorded time of 2.75 seconds to 100 km/h (62 mph), it’s also shockingly fast. The standard R8 V10 Performance can rip off sub-three-second times but it takes a lot of prep and the right conditions. If Auditography recorded this, it was probably done in real-world conditions, which makes the 2.75 second time even more impressive.

It looks great, too, with MTM’s custom wrap, added aero, and killer BBS FI-R forged wheels. It looks a bit like the Audi R8 GT4 race car, which is awesome. I’m not so sure about those seats, though, as they look like they came from a German S&M catalog. Everything else looks good, though.

Personally, I wouldn’t do much tuning to an Audi R8, as I think it’s just about the perfect everyday supercar. With that said, if I were to tune one (pretending I can afford one), I’d strictly stick to a small supercharger and aftermarket exhaust after seeing this video.