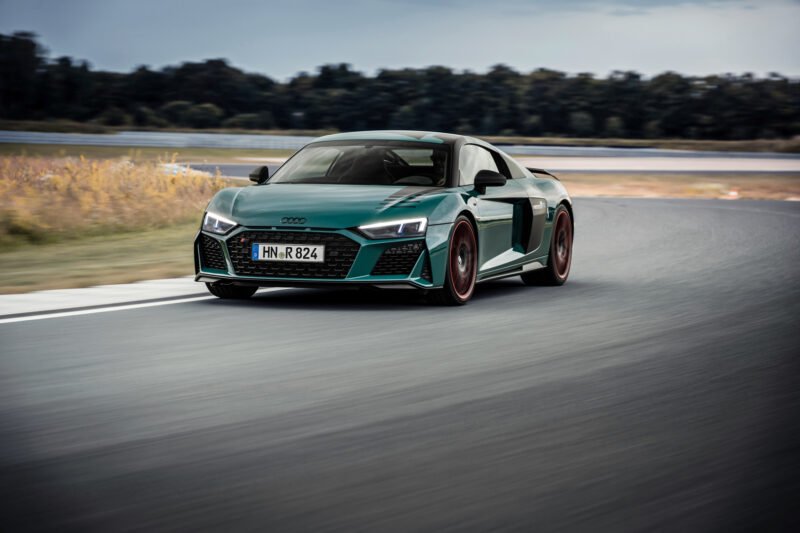 Most times, racing tuned cars against each other is a bit confusing. It’s rare that you can get an apples-to-apples comparison out of tuned cars because they’re often tuned by different shops, tuned very differently, and every car takes to tuning differently. This three-way comparison from Carwow is a bit different, though, as a second-gen Audi TT takes on an Audi R8 V10 Performance, and a Porsche 911, all have around the same power.

All three cars are very different machines from the factory but, in this test, all have similar power figures; the Audi TT RS makes 1,100 horsepower, as does the 911, but the R8 makes 1,200 horsepower. They all have seven-speed dual-clutch gearboxes but the Porsche’s has been tuned to handle the monster power. All three cars are also all-wheel drive. The R8 is the heaviest, so it offsets its power advantage a bit.

So which one was fastest in Carwow’s drag race? It’s mostly hard to tell because each car had its own problems throughout the race. Actually, despite being the cheapest car tuned, the TT RS was the most reliable, suffering no real problems aside from the fact that its brakes aren’t anywhere near up to the task. The Audi R8 suffered software glitches that prevented it from launching properly and the Porsche 911 overheated. Obviously, when you tune cars to the level that those cars are, you’re going to encounter some problems.