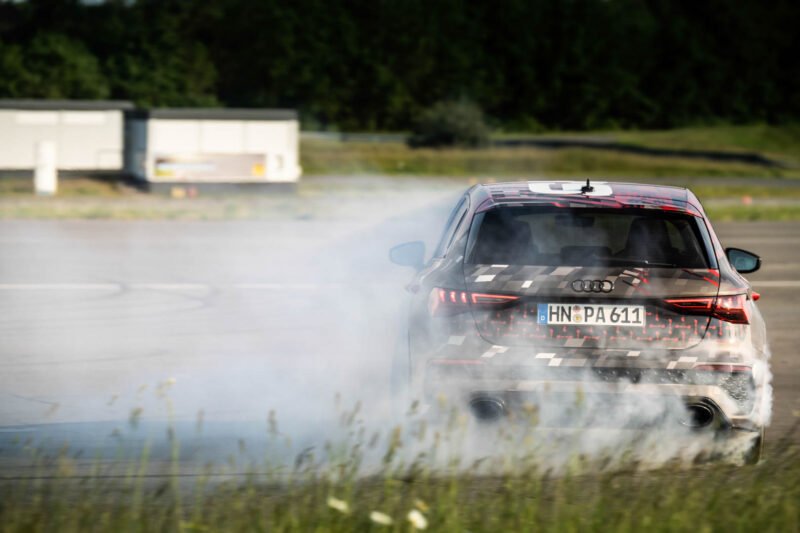 Audi just dropped some big news about the new 2022 RS3. While the entire car hasn’t fully been revealed yet, Audi did release some info about its new RS Torque Splitter rear end. Instead of the old Haldex all-wheel drive rear axle, the new Audi RS3 gets this new RS Torque Splitter that features a multi-plate clutch for each rear output shaft. That means it can send as much power as it wants to either rear wheel, a novel idea for any Audi.

More than that, though, Audi also get the new RS3 a drift mode. It’s a bit late to the game with such a mode, as the Mercedes-AMG A45 and Ford Focus ST both have drift modes already, but better late than never, I presume.

In this new video, Audi engineers explain how the new RS Torque Splitter works. More than that, it shows you what the new Audi RS3 can actually do once it hits the track.

Traditionally, Audi’s have been about grip. At least, that’s what Audi says its cars have been about. Instead, transverse-engine Audis have typically been about managing understeer, due to their front-biased all-wheel drive systems. Now, though, the RS3 can be as rear-biased as the driver wants it to be, which means big, smokey drifts are now possible. It also means that it can drive with more of a penchant for oversteer than understeer, making it far more enjoyable to drive than ever before.

Whenever the Audi RS3 would be compared to its rivals, the conclusion was always the same — the RS3 has tons of grip and performance but it’s not exactly thrilling to drive, due to its understeer and overly safe handling. Now, though, the 2022 Audi RS3 has the chance to be a proper hooligan, thanks to the new RS Torque Splitter. Let’s hope it works.