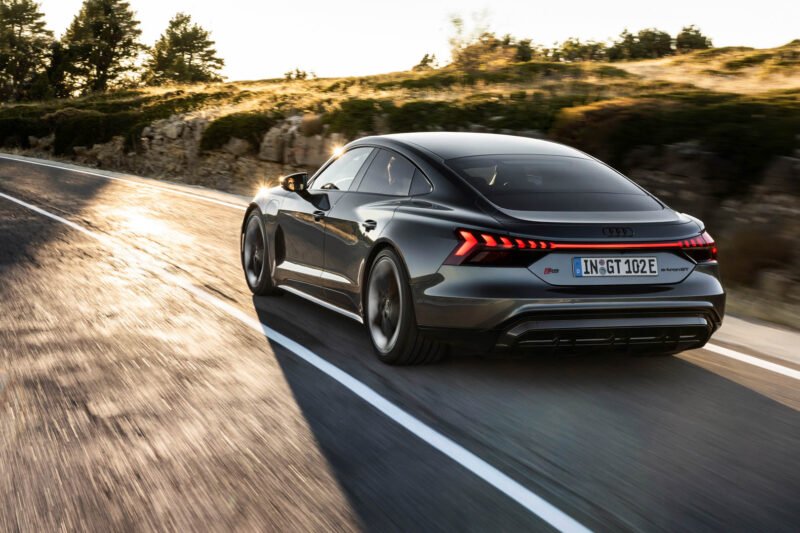 The job of the Audi RS e-tron GT is to convince traditional performance car enthusiasts that fast electric cars can not only be fun but be emotional grand touring cars. On paper, it seems like it should be able to do that; it’s incredibly fast, handles extremely well, and looks fantastic. So it has all the ingredients but can it put them all together cohesively enough to convince traditional enthusiasts? We get to find out in this new video from Harry Metcalf.

Metcalf is one of the founding members of EVO Magazine and has been reviewing the highest performance cars in the world for decades. So if the RS e-tron GT can convince him, it should be able to convince anyone.

Under the skin, the Audi RS e-tron GT is mostly a Porsche Taycan Turbo. So it gets dual electric motors, with a two-speed transmission for the rear motor, making a total of 590 horsepower and 612 lb-ft of torque. However, using the brief overboost function, the RS e-tron GT can make a total of 637 horsepower for a few seconds. For anyone worried about the overboost only lasting a few seconds, after that brief burst, the RS e-tron GT is already traveling at illegal speeds. Mat Watson recently tested the RS e-tron GT and, using GPS timing gear, recorded a 2.8 second 0-60 mph time. So if you need overboost for more than 2.8 seconds, you’re probably doing something you shouldn’t be.

You can see just how fast it is in this video. It almost looks uncomfortable for Metcalf during full “throttle” acceleration. What’s more important, though, is it’s actually fun. He even really likes the bassy artificial motor noise that it makes under acceleration, which gives it a sort of sci-fi feel that, despite being fake, Metcalf seems to really enjoy. 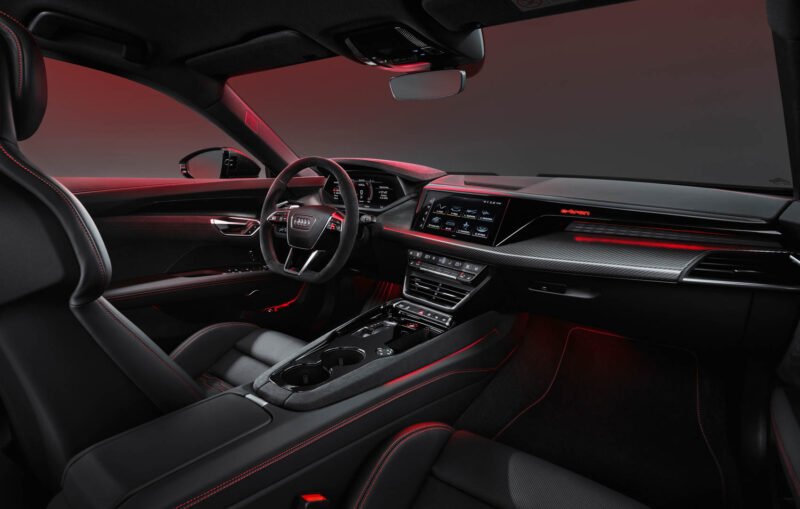 What’s interesting, though, is just how positive he is about the Audi RS e-tron GT. It’s not the sort of car that traditional enthusiasts always love, due to not only its EV powertrain but also it’s quirky features, such as the fake acceleration noise. And yet, Metcalf not only likes the RS e-tron GT, he likes it more than the Porsche Taycan, which is very surprising. It was even shockingly efficient during his time with it.

Check out the video below to see his full review. It’s long but well worth the watch for any Audi fan or anyone considering any six-figure GT car, not only electric ones.