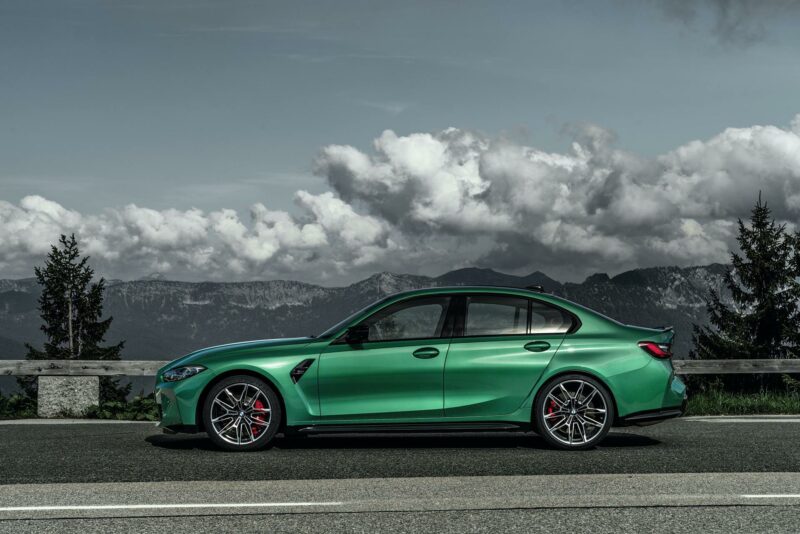 This all-new BMW M3 Competition is taking the enthusiast world by storm. It’s monstrously fast, thanks to its 503 horsepower twin-turbo inline-six, and it’s one of the very best handling sport sedans on the market (I actually have a review of one coming soon). It’s an extremely good sports car but it does have one flaw — traction. Being only rear-wheel drive an immensely powerful, it’s very difficult to launch quickly. So how does it handle a drag race with an all-wheel drive Audi RS5 Sportback?

Cars.co.za recently put the Audi RS5 Sportback against the M3 Competition in two different drag races; one standing and one rolling; to see which was faster.

The BMW M3 Competition has the advantage on paper. Its 3.0 liter twin-turbo I6 makes 503 horsepower and 479 lb-ft of torque. While the Audi RS5 Sportback uses a 2.9 liter twin-turbo V6 with 444 horsepower and 442 lb-ft of torque. Both cars use the same ZF eight-speed auto, so no advantage there. However, the Audi RS5 does fight back with Quattro all-wheel drive, compared to the M3’s rear-wheel drive. So which was faster in the video?

Off the line, the Audi RS5 Sportback surprisingly lunched the M3, absolutely destroying it in the standard quarter mile. The reason for the M3’s demolition was simple — it couldn’t get traction. Even with clever launch control, it could not stop lighting up its rear tires. Even while already moving quite quickly, it would break traction at high speed, which is sort of terrifying. While the Audi RS5 Sportback simply put all of its power down and shot off the line as if it were fired out of a cannon. The M3 did start to catch it in the end but it wasn’t enough to win. 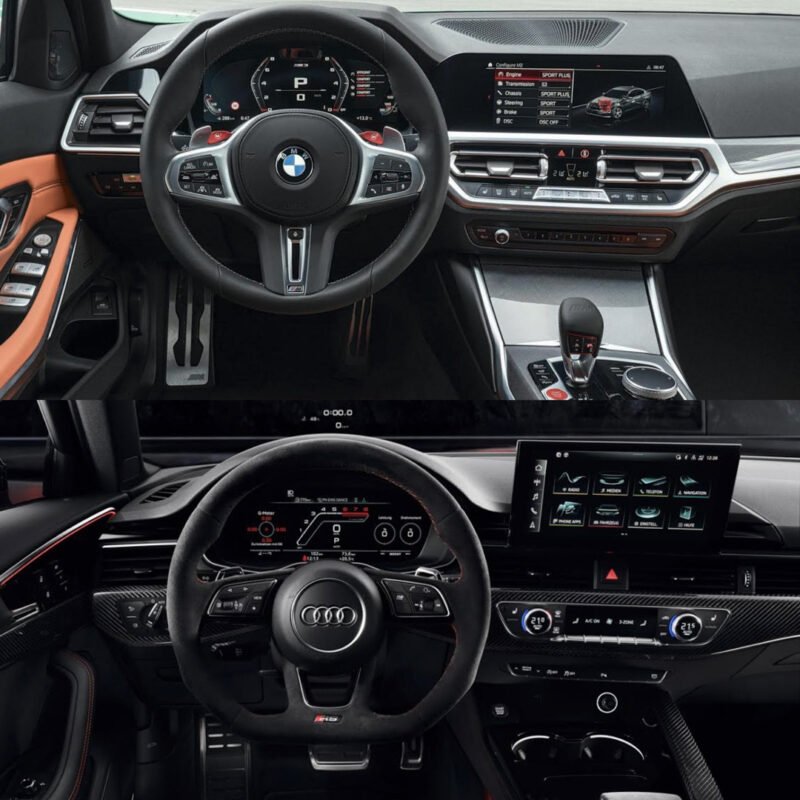 They then put both cars in a rolling drag race to see if the M3’s extra power could take the RS5 if traction wasn’t an issue. With a slow rolling start, they both launched pretty evenly, until the M3’s extra power overtook the Audi in the end and won. So each car won a race but the Audi RS5 Sportback punched way above its power figures. The BMW M3 Competition is no doubt the faster car if it can put its power down but the RS5 is more consistent. Though, there is an all-wheel drive M3 coming and Audi should be nervous about that.