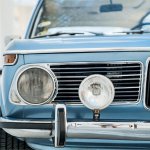 Each week, a ClassicCars.com Journal editor takes his or her turn perusing the AutoHunter auction docket and sharing the vehicles he or she finds most interesting, or appealing, or unusual, or whatever aspect of their existence might unify them and provide a theme for a story.

This week it is my turn and I approached the assignment from what for me was an usual perspective.

I flat fell for the 1972 BMW 2002 Touring and decided immediately that I would feature it. But what might this European-only car restored in South America have in common with anything else on AutoHunter?

I had no idea, but I kept perusing. I’m a sucker for long-term ownership and added an original-owner 1978 Fiat 124 Spider to my list of candidates.

My list was growing, and for a reason I’m still not sure about I had to add the 1979 Ford Pinto Squire station wagon. Then I saw the 1968 Volkswagen Type 3 Squareback, another station wagon, and finally it hit me — a theme.

While it might seem that these vehicles have nothing in common, well, except for the two station wagons, what these vehicles have in common, other than they are up for bidding on AutoHunter, is that each is unusual, the sort of vehicle in which you are pretty sure not to see yourself coming and going, vehicles that likely will be the only one of their ilk at any local car show you choose to attend.

So let’s take a closer look:

The BMW 2002 was among the first truly fun-to-drive vehicles that actually lived up to being categorized as a “sports sedan.” It didn’t matter that the 2.0-liter 8-valve 4-cylinder engine pumped out only 99 horsepower and 116 pound-feet of torque, the car was light and nimble and you could stir the 4-speed manual gearbox to make the most of each horsepower and pound-foot.

What makes this 2002 is that it has Touring coachwork, a distinctive fastback roofline that was put on nearly 26,000 units in the early ‘70s but was not exported to the US market. At some point, the car was imported into Colombia by a member of the BMW Club Clasicos Colombia. The exterior was restored and painted in Fjord Blue metallic paint, and it wears window decals from Colombian rally events.

The interior is reported to be original and unrestored. The dashboard is cracked and has been taped. The car has a crank-operated sunroof.

Another fun-to-drive car from the 1970s, albeit ?? why albeit? both Italian and a convertible, was the Fiat 124 Spider, and this 1978 example has had only one owner since it was new and purchased at a dealership in Denver.

The car, designed by Tom Tjaarda at Pininfarina, reportedly is unrestored condition and reportedly has been maintained by a marque specialist shop. The color is orange, with a black top and beige interior. A 1.8-liter 4-cylinder engine provides 84 horsepower and is linked to a 5-speed manual transmission.

“Monster Miatas” were examples of Mazda’s popular roadster that had been transplanted with 5.0-liter Ford High-Output V8 engines and 5-speed manual transmissions. The engine for this 1992 Miata came from a 1990 Ford Mustang and reportedly has been driven only 20,000 miles. This one also has Wilwood brakes, upgraded suspension, rides on 16-inch Enkei wheels, and has what is termed “Shelby-style Boss Frog” roll bars.

The interior of this Miata is fitted with two-tone black and blue block ?? seats. The car also has Kenwood audio.

Back in 2017, Colin Comer, well-known car guy from Milwaukee, consigned several cars from his collection to Mecum’s Monterey auction. One of them was a 39,000-mile 1974 Ford Pinto Squire station wagon.

“Ford Pintos: ah yes, the hilarious butt of many a joke,” the Mecum catalog description noted. “But think about it. Just like Mustangs, or Broncos, everybody has a Pinto story. And today, a great Pinto is far more exclusive and an instant crowd favorite virtually anywhere you go.

The ’79 wood-grained Pinto on AutoHunter shows less than 34,500 miles, was originally sold on the East Coast, has been resprayed in Tangerine, and has a custom orange-and-black houndstooth interior.

The car has a 2.3-liter 4-cylinder engine rated at 88 horsepower and 118 pound-feet of torque and linked to a 3-speed automatic transmission.

When I was a young sportswriter at a daily newspaper in Michigan, our editorial staff had an interesting array of imported vehicles — Porsche 911, Audi 100 LS, Datsun 240Z, Volkswagen Beetle convertible and a VW Type 3 Squareback among them.

AutoHunter also has a Volkswagen station wagon, a 1968 model that has been “lightly customized,” has undergone a mechanical “refresh” and been repainted in Dark Cherry metallic with matching bumpers. It also has LED lighting.

The engine is a rebuilt, air-cooled and rear-mounted 1,600cc 4-cylinder with Weber carburetors and Scat camshaft, linked to a 4-speed manual transmission. The car has EMPI exhaust with quad tips and rides on 15-inch wheels with “baby moon” hubcaps.

Well, those are the unusual vehicles that drew my attention this week on AutoHunter. Check out the full auction docket and see what catches your eye.