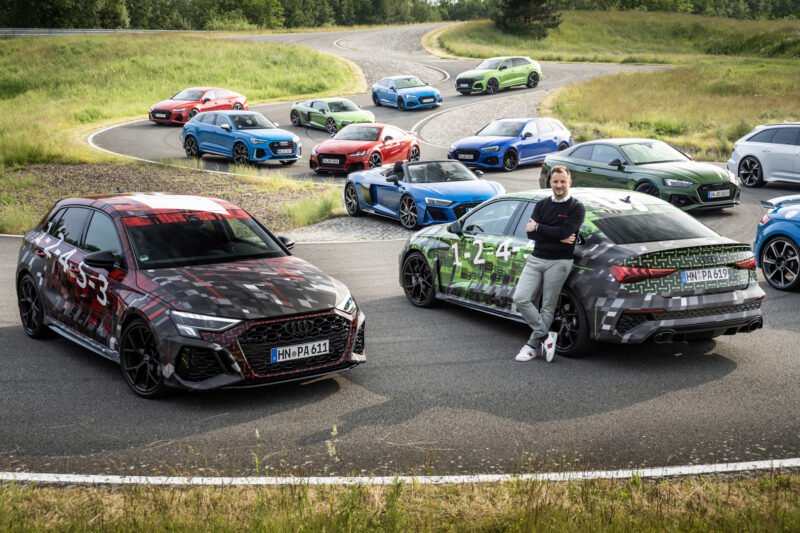 Audi recently spoke about the future of its performance division, Audi Sport, and how it wants to go at least 50-percent electrified by 2024. Along with that announcement came some photos, photos that interested Audi enthusiasts more than the announcement. That’s because the photos not only teased the 2022 Audi RS3 but its engine.

In the photos, it’s clear we can see the Audi RS3 Sportback and Sedan, wearing funky factory camouflage, front and center. Audi obviously wanted us all to notice. More than that, though, Audi wanted us to notice its engine.

On the side of both cars, imprinted into their camouflaged liveries, it reads “1, 2, 4, 5, 3,” which is the firing order of Audi’s iconic turbocharged five-cylinder engine. It’s a reminder that the fan-favorite Audi RS3 will be keeping its fan-favorite engine configuration. Admittedly, we all already knew that’s what engine is was going to have, but it’s nice to see Audi acknowledge its history a bit.

The Audi RS3 Sportback seen in the photos wears a black and red camouflage to conceal its final design. Though, it’s barely effective, as its pretty easy to see right through it. Same goes for the black and green camouflage on the RS3 Sedan. Though, I am a bit more excited to see the RS3 Sedan, as we don’t see a ton of it and it’s the one that’s going to be coming to the American market. 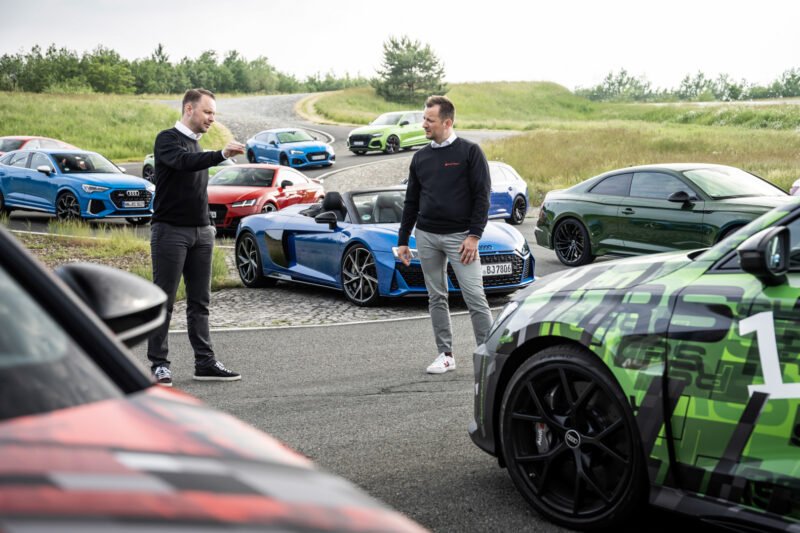 Both cars do look quite butch, though, with aggressively flared wheel arches, big wheels, large fender flares, and oval exhausts. Even through the camouflage, both cars look good and will likely be among the best looking cars in their segments, potentially even the very best.

I do hope Audi gives both cars sharper steering, more connected handling, and a more engaging drive. While the current RS3 is good, it never felt quite special enough, so I hope Audi changes that for these new cars. 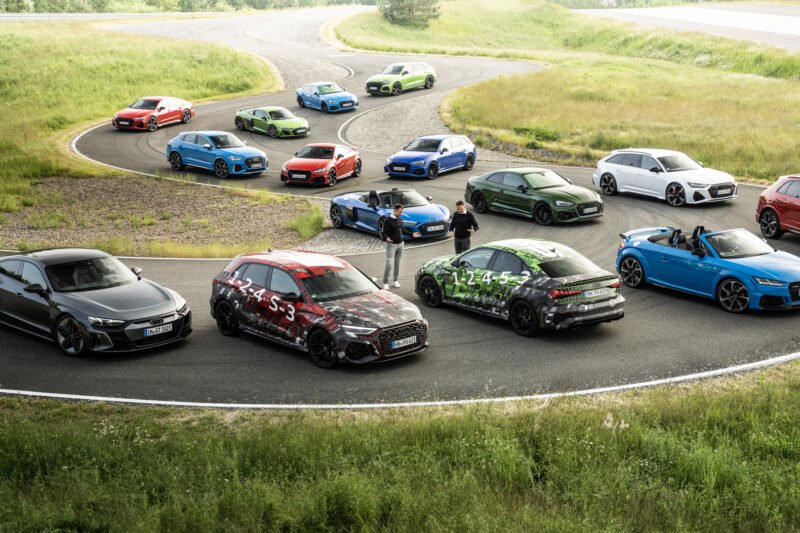 The official reveal of the Audi RS3 is coming soon and it’s going to be an important car for the brand. Not only is it likely the last gas-powered RS3 but it could also be the last time Audi ever uses its 2.5 liter turbocharged five-cylinder engine.

The post 2022 Audi RS3 Teased with Five-Cylinder Engine Ahead of Reveal appeared first on QuattroDaily.