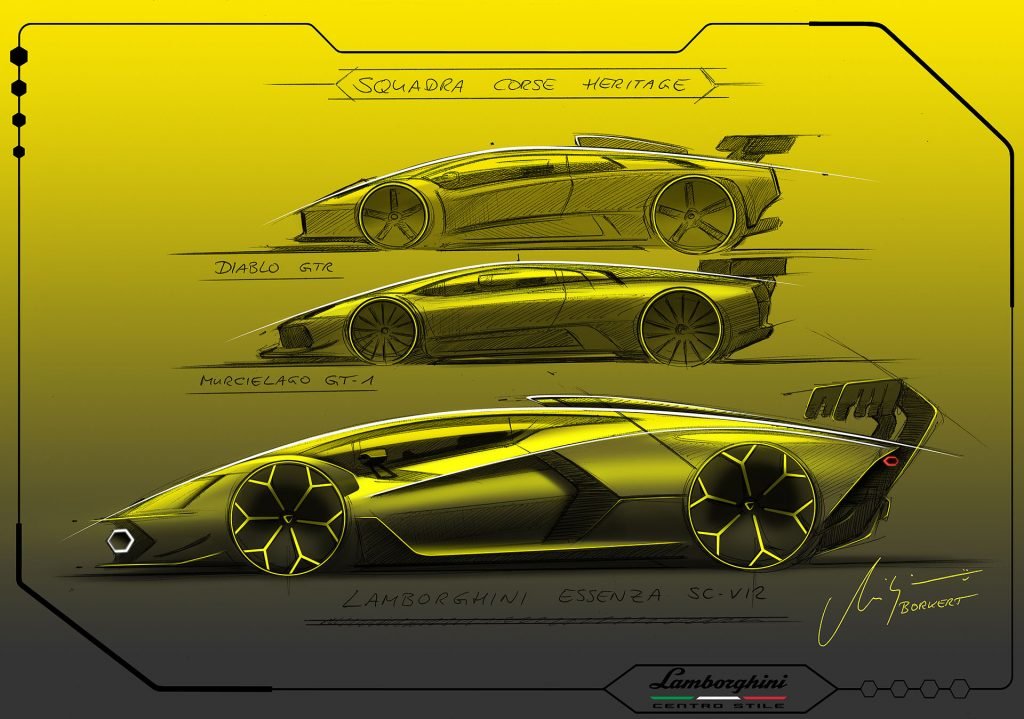 At the end of June 2021, we will be able to see the limited edition Lamborghini Essenza SCV12 in action during dedicated track events for this very special hypercar from Sant’Agata, the first of only 40 Essenza SCV12 have been delivered to their owners in April 2021, but it is also the first car ever with a carbon fiber roll cage that has been homologated to FIA Hypercar regulations. 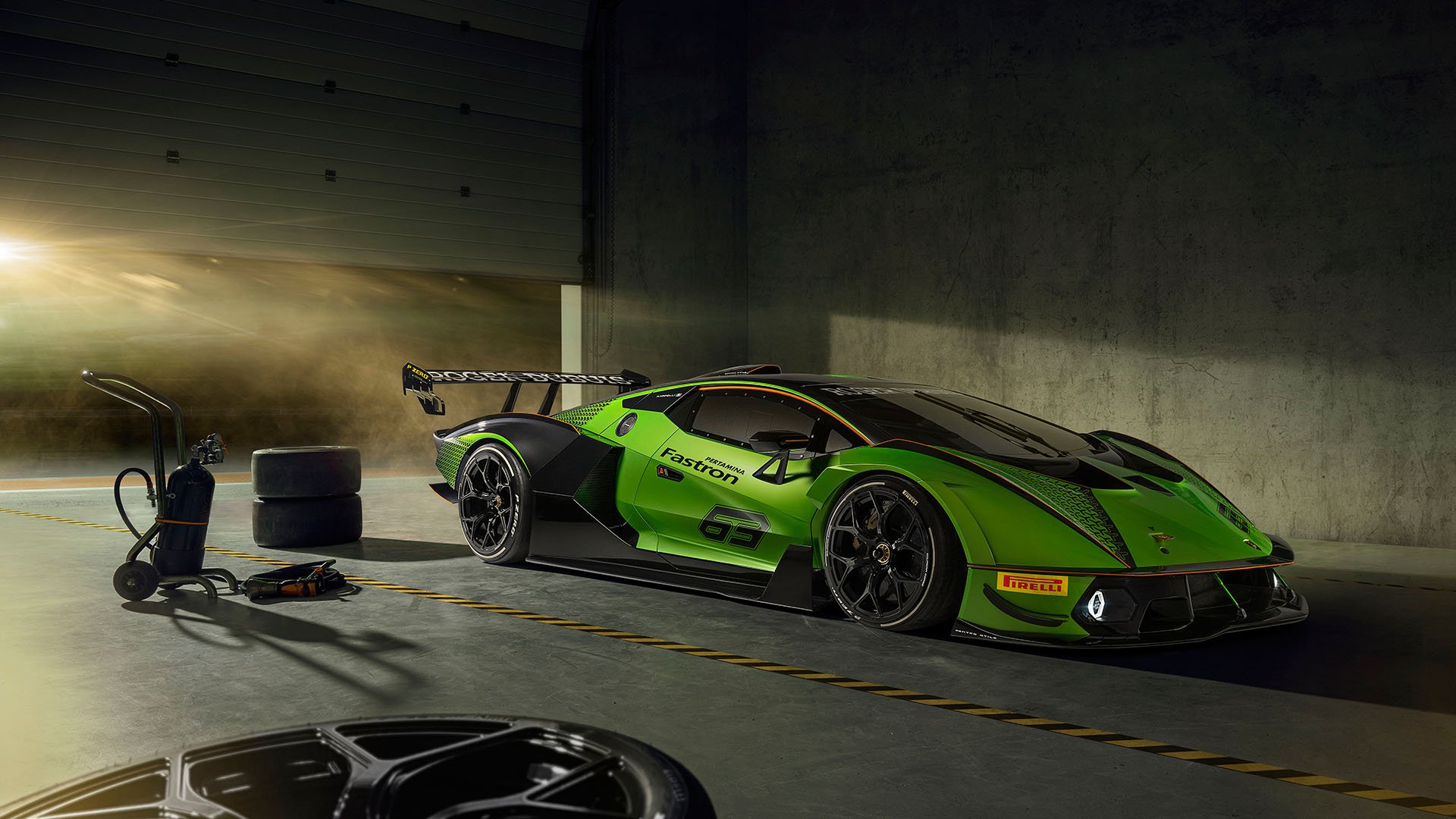 The carbon fiber monocoque for the Lamborghini Essenza SCV12 is made in the autoclaves of Automobili Lamborghini’s own CFK department right at the factory in Sant’Agata, the current V12 flagship, the Aventador, also gets its chassis from this department … in fact, the Essenza SCV12 chassis is based on the Aventador’s one, but heavily modified by the Squadra Corse department to be able to pass the rigorous testing by the Fédération Internationale de l’Automobile for chassis homologation. 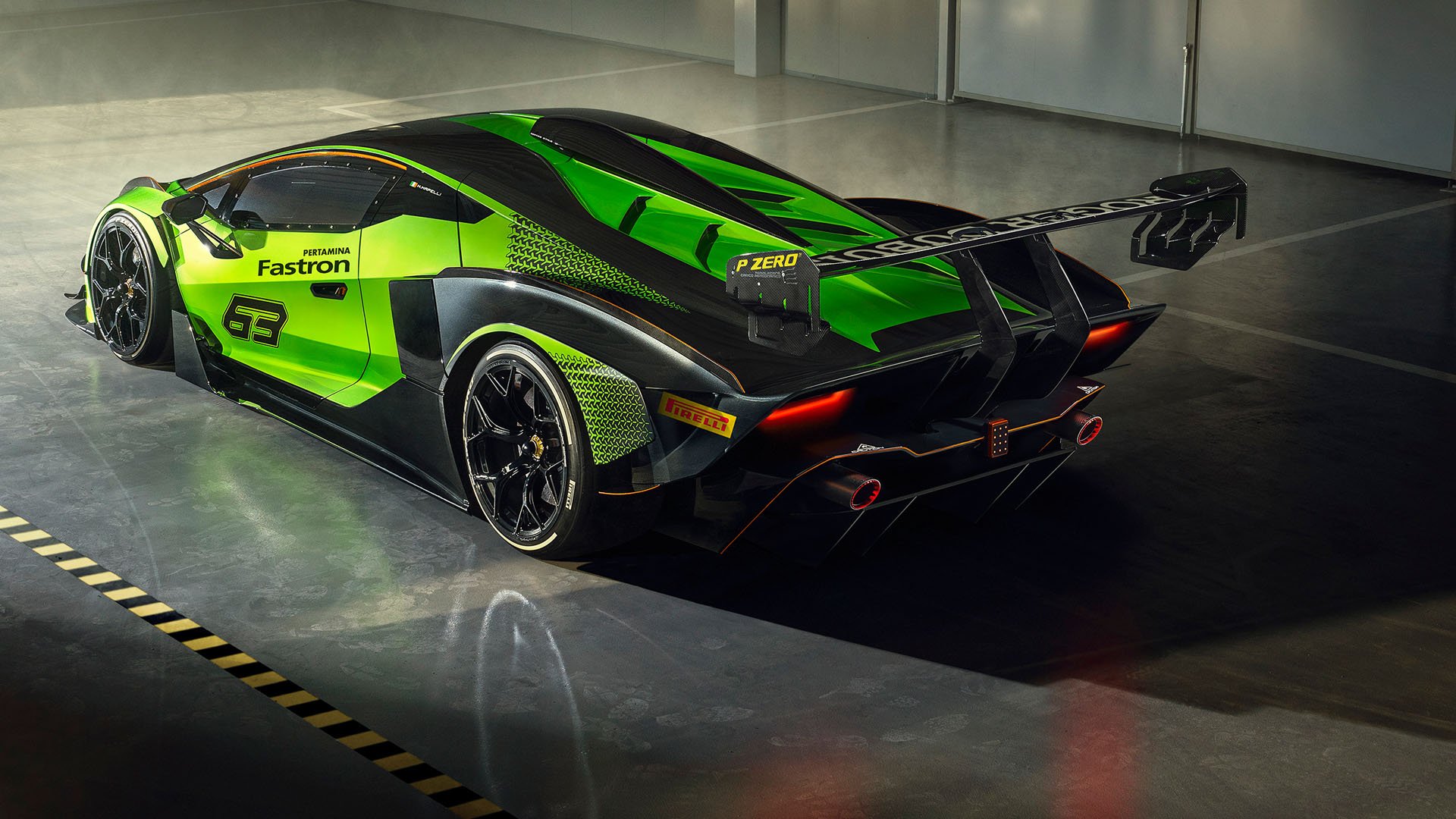 Giorgio Sanna, Lamborghini’s Head of Motorsport, commented: “The Essenza SCV12 was born as a ‘laboratory of ideas’. This allowed us to use technical solutions usually found in racing prototypes, such as the suspension installed directly on the load-bearing gearbox, which is an innovative solution for a GT car. In addition, it features the new carbon fiber monocoque chassis without a steel roll cage, resulting from technical collaboration with the FIA, thanks to which we’ve started a process that will lead to an exponential improvement in safety for GT racing drivers in the future.” 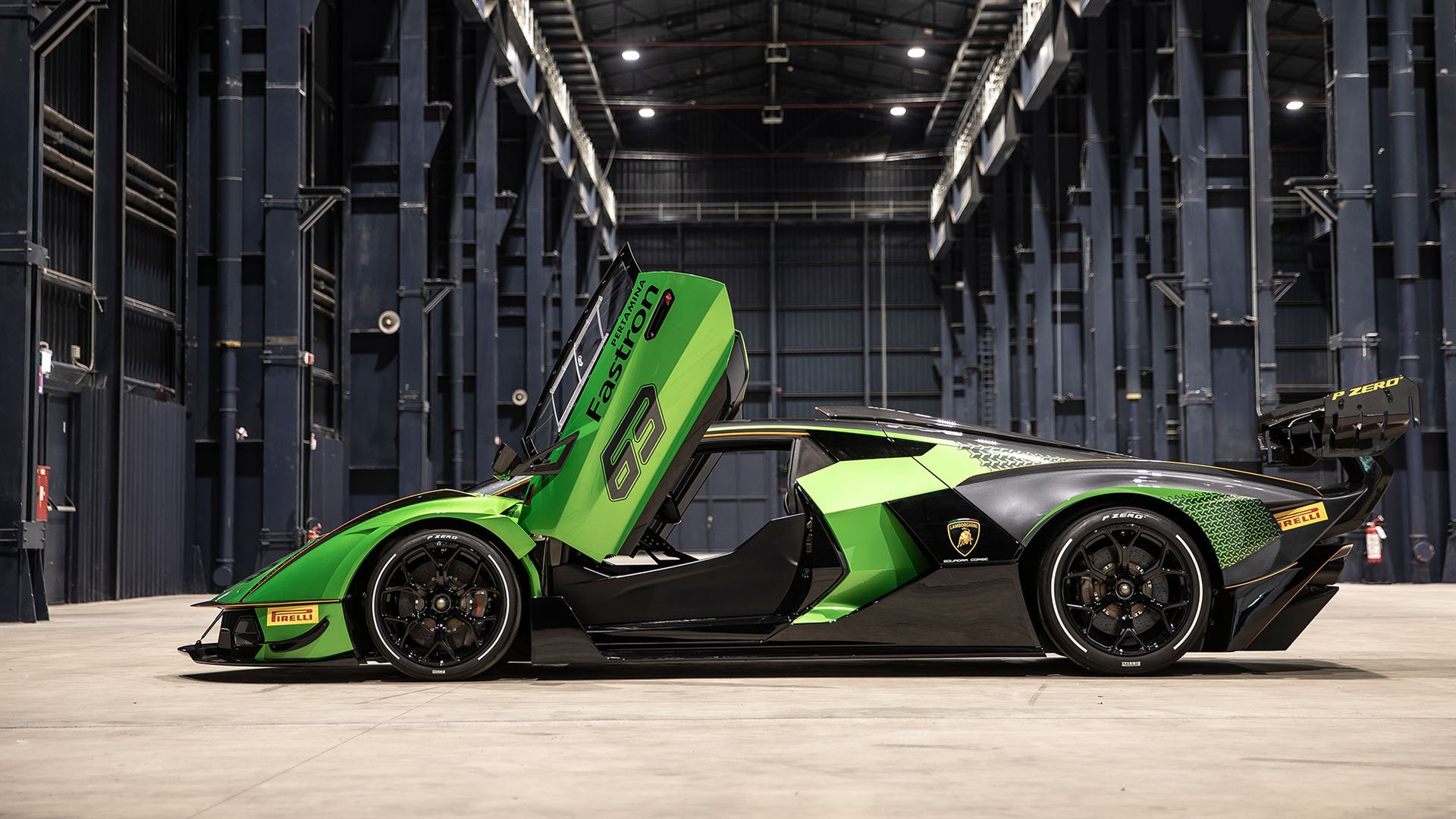 Thanks to not installing a steel roll cage, but instead go for an integrated carbon fiber unit that can withstand forces of over 12 tons without presenting significant deformations, and sustain an impact at a speed of up to up to 14 meters/second without allowing any intrusion of external elements that could come into contact with the driver, and avoid the fuel tank from leaking, the interior space inside the Essenza SCV12 is incredibly big for this type of car. 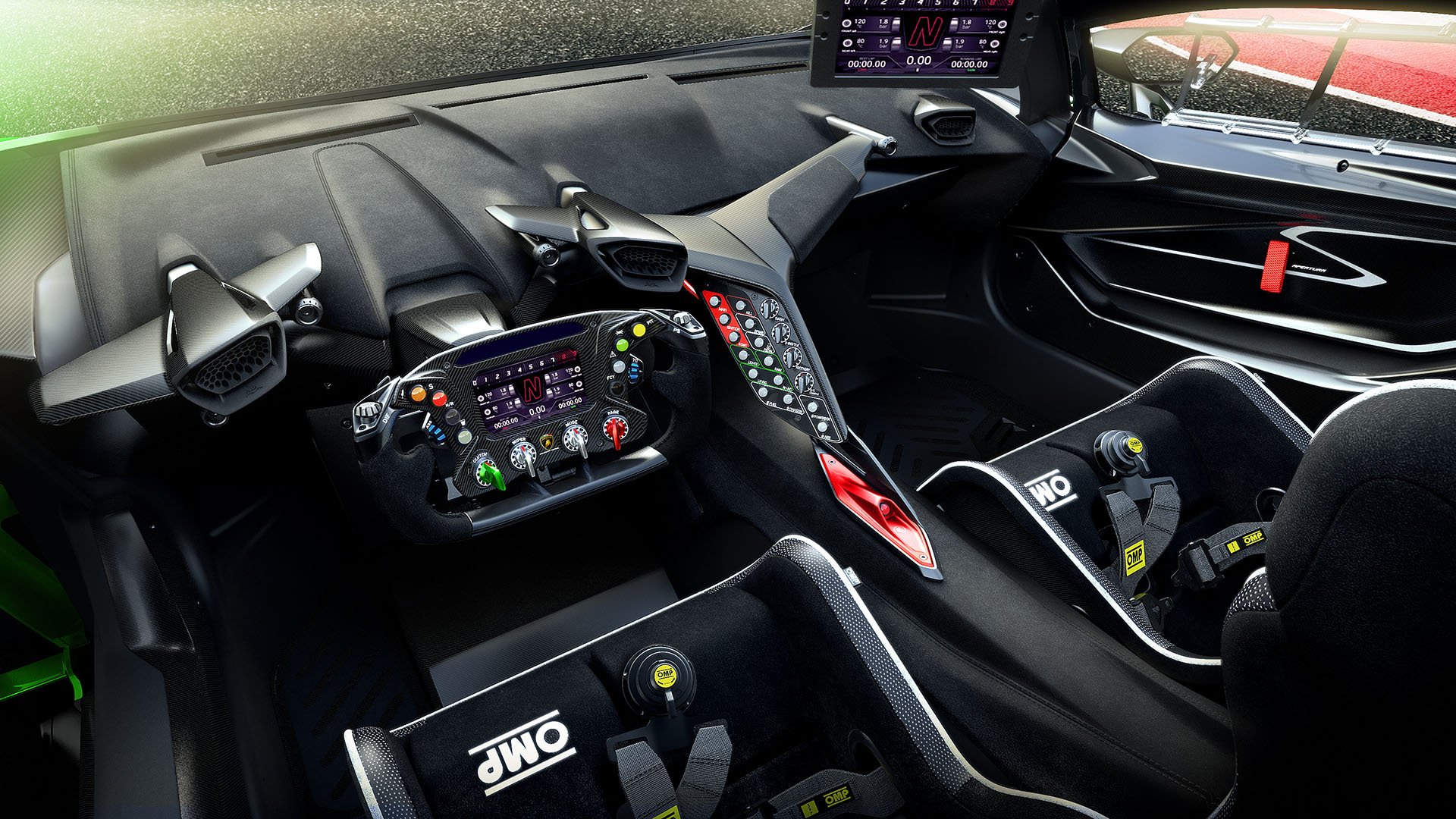 The driver sits on a lowered OMP FIA 8862 homologated racing seat, while the Essenza SCV12 boasts a rather comfortable and spacious cockpit, both driver and passenger are protected from side impacts by composite impact guards, which replace the steel bars we usually find in race cars like this … do keep in mind the Essenza SCV12 is not a race car, this is strictly a limited production hypercar built for non-competitive track use only. 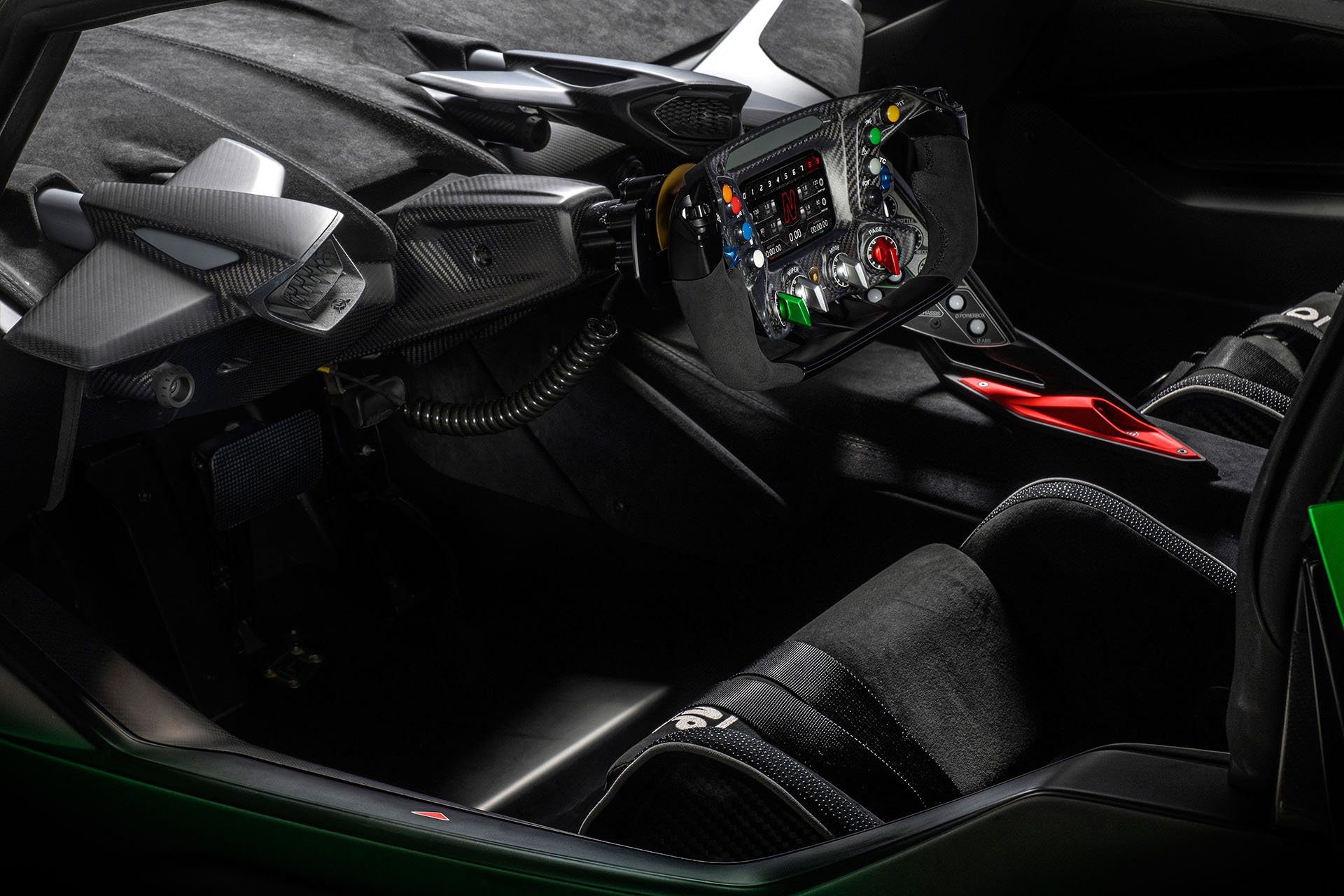 “Along with the aerodynamic load of over 1200 kg at top speed,” explained Marco Mapelli, “the torsional stiffness of the car contributes to ensuring extraordinary driving precision. This makes it possible for the driver to tackle curves at speed without any appreciable correction of the steering angle. Essenza SCV12 is a very fast car thanks to the extraordinary thrust of the 830 hp engine, and it’s relatively easy to drive.” 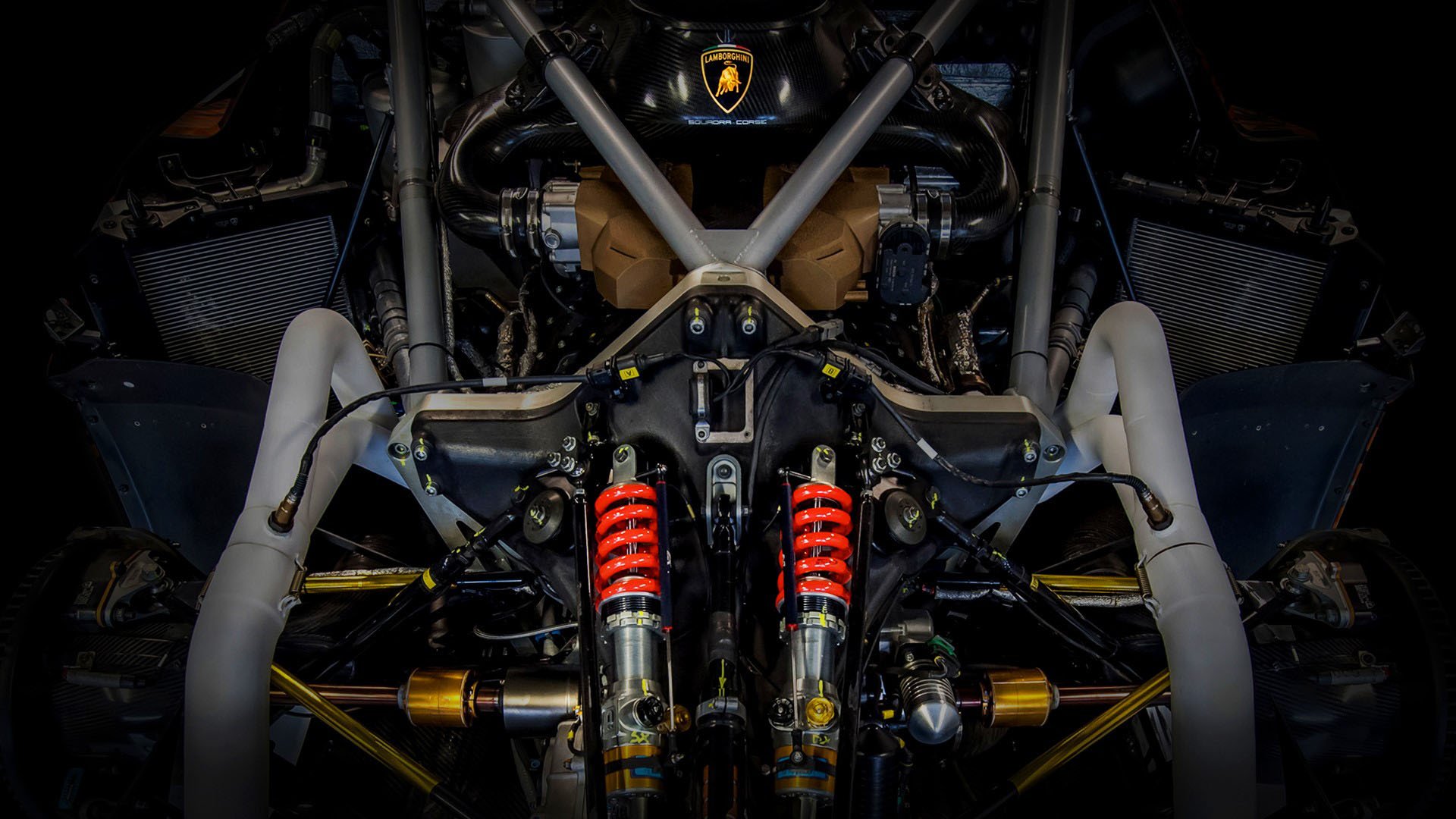 At the rear of this bespoke monocoque, Lamborghini fitted a cradle to house the large V12 engine in the perfect longitudinal axis position, while the gearbox comes as a load-bearing and structural unit to achieve torsional stiffness values 20% higher than those of the Huracán GT3 EVO, a pretty impressive feat on its own. 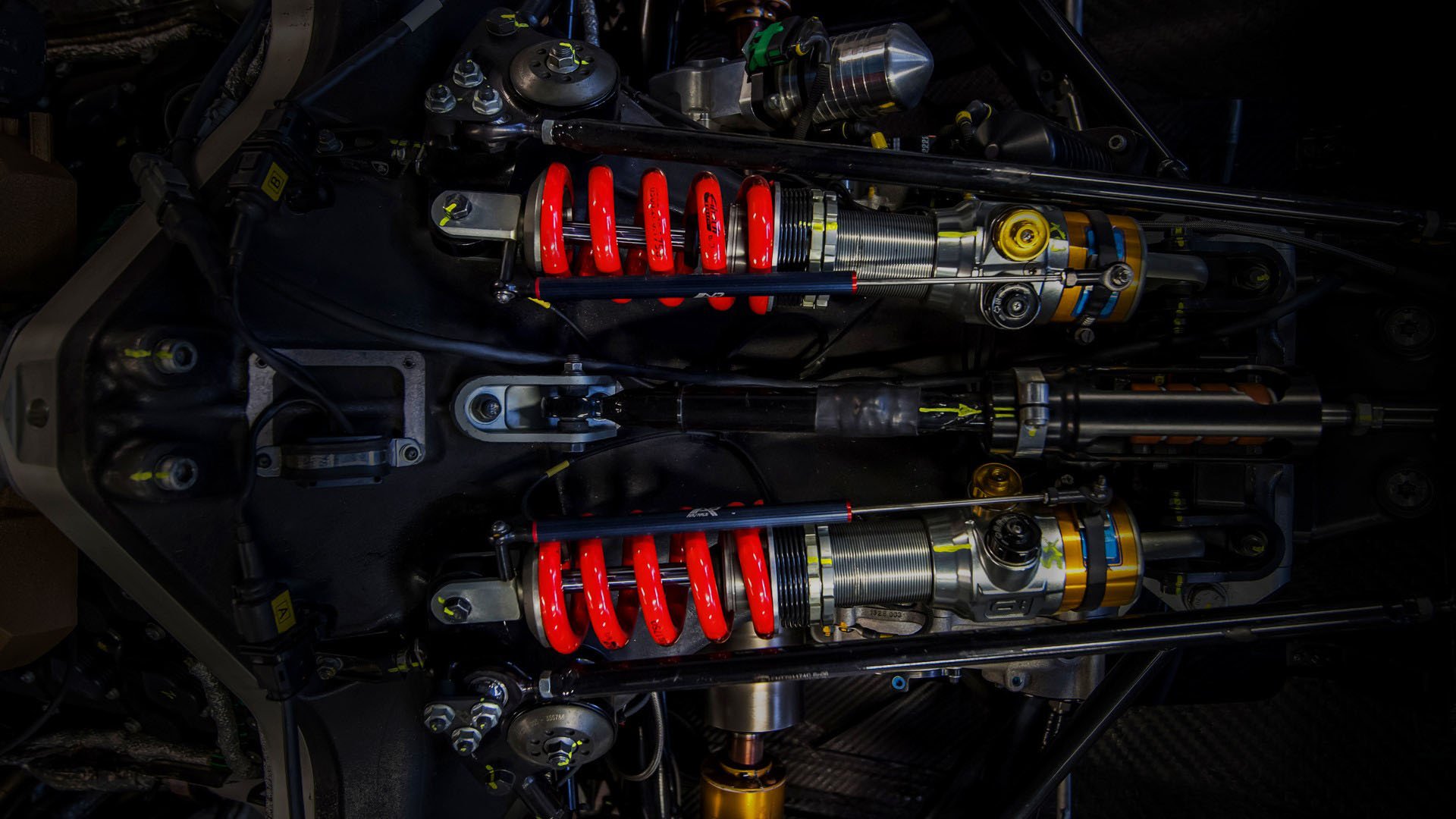