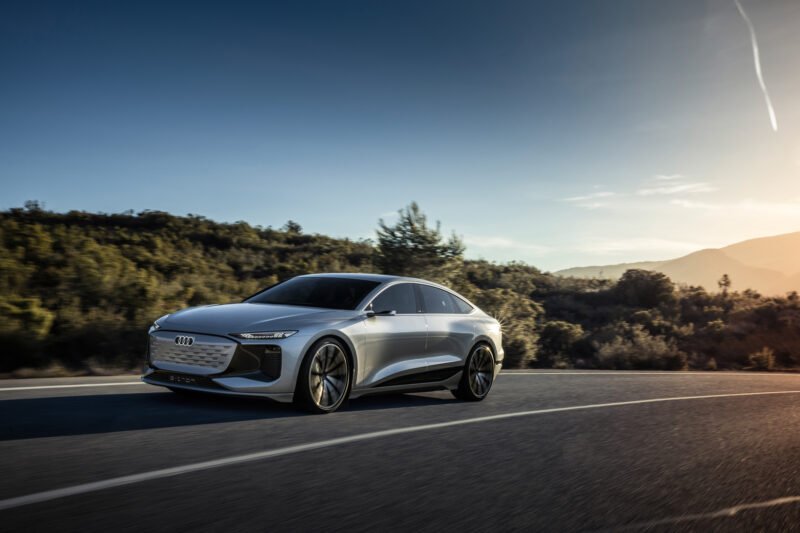 Audi seems hellbent on taking over the EV market, with its near endless barrage of new all-electric offerings. Just this year, Audi has launched the e-tron GT, RS e-tron GT, Q4 e-tron, Q4 e-tron Sportback, the A6 e-tron Concept, and it’s going to show off a Q6 e-tron soon enough. The latter of which will be built on the same PPE (Premium Platform Electric) architecture as the upcoming A6 e-tron, leaving the e-tron GT’s J1 architecture behind. Car Scoops recently created some renderings of the future Audi Q6 e-tron, based on spy photos, and this is what it could look like.

If this rendering is anything close to accurate, it would seem as if Audi is going to continue its same-sausage-different-lengths design philosophy with its EVs as it does with its standard cars. This Audi Q6 e-tron render looks almost identical to an Audi Q4 e-tron, just a  bit larger and with a more upright roofline. Though, it wouldn’t surprise me in the least if that’s what it ends up looking like.

Though, spy photos seem to show a sleeker, sexier looking SUV than that. In fact, in profile the Audi Q6 e-tron has almost a Range Rover Velar vibe, which is high praise indeed.

When it debuts, not only will it share the same underpinnings as the A6 e-tron but also its VW Group sibling, the Porsche Macan electric. Don’t take that to necessarily mean that the Q6 e-tron will be sized similarly to the Macan, as EV architectures are incredibly flexible. Though, considering the Q6’s lesser numeric nomenclature and its sportier look, it also wouldn’t surprise me if the Q6 were Macan-sized.

Expect similar power, performance, and battery figures to the A6 e-tron. For that car, Audi claims a 100 kWh battery pack with around 700 km (434 miles) of range and 270 kW charging speed. At that speed, it could recharge 300 km (186 miles) in just ten minutes and from 5-80 percent in 25 minutes. Audi also claims a dual-motor model with 496 horsepower (350 kW). Those are all impressive numbers, so let’s hope the Q6 e-tron can deliver.