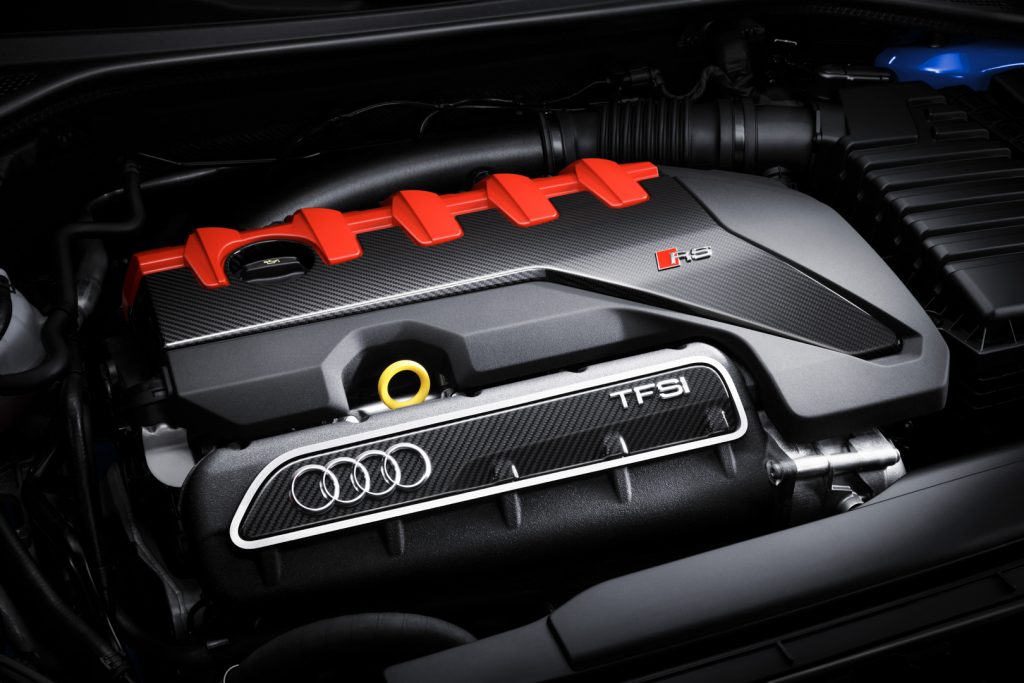 So far, we’ve seen every variant of the new Audi A3 except for the RS3. It’s taking quite a long time for the Audi RS3 to get revealed but that isn’t stopping spy photos and videos from popping up, giving us hints of what it’s going to look like. In this new video, we get to see the Audi RS3 Sportback do some camouflaged hot laps at the Nürburgring.

This upcoming RS3 Sportback is going to get a familiar 2.5 liter turbocharged five-cylinder engine, that should make over 400 horsepower. The current car makes 400 horsepower on the nose, from the same engine, so we expect that the new car will make a few more ponies, but not too many. Thankfully, it doesn’t really need the extra performance, as the main selling point of the RS3 was always its engine’s character, not its outright speed (although, that didn’t hurt, either).

The turbo-five-pot will still sound incredible, though it would sound quite as good as older models, due to European OPF exhaust particulate filters. In this video, we can hear that it still sounds good but it’s not quite as good as pre-OPF cars. Thankfully, here in the ‘States we have no such filters, so our cars will sound a bit better. However, in Europe, most enthusiasts fit their cars with aftermarket exhausts that remove those filters anyway.

We’re wondering how this new Audi RS3 Sportback is going to handle, compared to the outgoing car. While the new Audi S3 is no canyon-carving scalpel, it’s much improved over the previous-generation S3. So we’re hoping for a similar bump in dynamics from the ne RS3, even if outright handling prowess was never the RS3’s strong suit. Instead, the RS3 is designed to be an incredibly fast point-and-shoot hot-hatch with all-weather dominance. We have no doubt that the new Audi RS3 Sportback will follow suit.