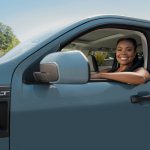 Ford has confirmed that it is bringing back the Maverick nameplate, but this time it will be applied to a new compact pickup truck to be unveiled June 8.

“Months of rumors, spy shots and speculation have all led to this moment,” Ford said in a brief news release accompanied by a 23-second video that shows the truck’s tailgate.

“It’s true – Ford is adding an all-new compact pickup to the lineup, and it’s called Maverick.

“Bringing a rebirth of a classic name and the creation of a new choice for truck customers, the all-new Ford Maverick makes its debut on June 8 with the help of actress Gabrielle Union. She will show-off the all-new truck on her own Instagram and TikTok channels, on Ford’s social channels as well as on Hulu. The Maverick will be Ford’s first vehicle to debut on its new U.S. TikTok channel.”

Ford’s original Maverick was a compact 2-door sedan introduced midway through the 1969 model year. Like the Mustang, the Maverick was based on a platform for the Ford Falcon. The car, powered by a 120-horsepower 6-cylinder engine, proved very popular, with more than 450,000 sold through the 1970 model year.

For 1971, Ford added a 4-door version and a sporty Grabber model. The Grabber had Ford’s 302cid V8 under its hood.

Taking the idea to an extreme, drag racers Wayne Gapp and Jack Roush (yes, the future NASCAR team owner) put a 351cid V8 into a 4-door Maverick and sent it into National Hot Rod Association competition, winning the US Nationals in 1975. Because of its resemblance of more-mundane motor vehicles, the car became known as the “Tijuana Taxi”

The Maverick was scheduled to be replaced with the larger, more-angular Granada for 1975, but it remained in production through 1977 because of still-strong sales and because of concern over ongoing threats to the fuel supply.

Ford also used the Maverick label on a European version of its Escape from 2001 to 2005, and there’s a pro golfer who was named after the car as well.

The post Maverick returning, but as a pickup truck appeared first on ClassicCars.com Journal.