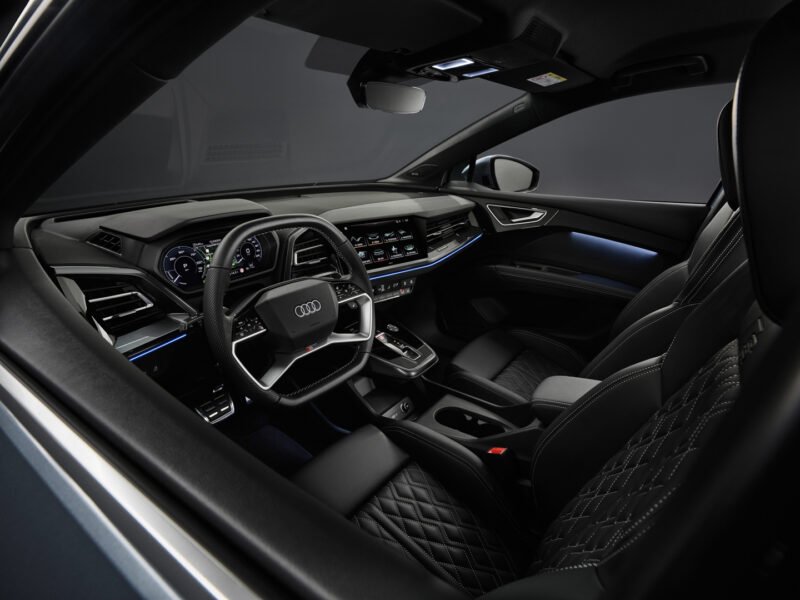 It seems that with EVs, platform sharing is going to be better than ever before. The new Audi Q4 e-tron is based on the same architecture as the Volkswagen ID.4, which isn’t the most exciting car to drive. So Audi fans (myself) were nervous that the Q4 e-tron would just be an ID.4 in a business suit. As it turns out, though, that’s not the case.

In this new review from Car Magazine, the Audi Q4 e-tron seems to be quite a bit better than its MEB-architecture siblings.

George Kacher drove the Q4 e-tron in this review and had surprisingly good things to say about it. The idea of an electric crossover built by Audi but that shares most of its underpinnings with a Volkswagen is admittedly not very exciting. Typically, such recipes don’t create delicious meals. However, it seems that the Audi Q4 e-tron bucks that trend and outshines all of its siblings.

According to this review, the Q4 e-tron is better than the Volkswagen ID.4 in every way. It looks better for starters, as the Q4 is a great looking crossover. It also has a far better interior that’s not only built better and more luxurious but it’s also more intelligently laid out. Also, despite its much smaller size, it actually has almost as much interior space than the standard Audi e-tron SUV. Those are the benefits of a bespoke EV architecture, rather than just a modified Q7 platform.

More importantly, though, the Audi Q4 e-tron is actually quite nice to drive. Its ride is said to be comfy and undisturbed by poor road quality and its steering and handling are far better than those of the ID.4. Obviously, the Q4 isn’t going to set any lap records at the Nürburgring but it’s a good little EV crossover to drive. That, combined with its great styling and lovely interior, and the Audi Q4 e-tron should be a big hit.