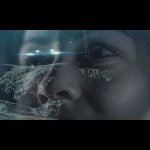 You likely wouldn’t buy an electric vehicle with a range of only 20 miles and neither will NASA this time around; Lockheed Martin and General Motors have formed a joint venture to produce a next-generation moon buggy to carry astronauts much longer distances across the lunar surface.

Back in the 1960s and ‘70s, GM worked with NASA on the inertial guidance and navigation systems for the Apollo Moon program and produced the chassis and wheels for the Lunar Roving Vehicles that ventured fewer than 5 miles from their landing sites.

“Unlike the Apollo rovers that only traveled 4.7 miles (7.6 kilometers) from the landing site, the next-generation lunar vehicles are being designed to traverse significantly farther distances to support the first excursions of the Moon’s south pole, where it is cold and dark with more rugged terrain,” GM and Lockheed Martin said in their announcement.

The partners will create what is being termed not an LRV but an LTV, the Lunar Terrain Vehicle, requested as part of NASA’s Artemis program. In Greek mythology, Artemis was the twin sister of Apollo. The Artemis program was announced in 2017 with a goal to putting humans back on the moon in the mid-2020s in the lunar south pole region.

Artemis also will be a validation program for sending astronauts to Mars in the 2030s, according to NASA’s brief requesting surface exploring vehicles.

“Surface mobility is critical to enable and sustain long-term exploration of the lunar surface,” Lockheed Martin Space executive vice president Rick Ambrose was quoted in announcing the company’s partnership with GM. “These next-generation rovers will dramatically extend the range of astronauts as they perform high-priority science investigation on the Moon that will ultimately impact humanity’s understanding of our place in the solar system.”

The post You don’t want range anxiety when exploring on the Moon appeared first on ClassicCars.com Journal.