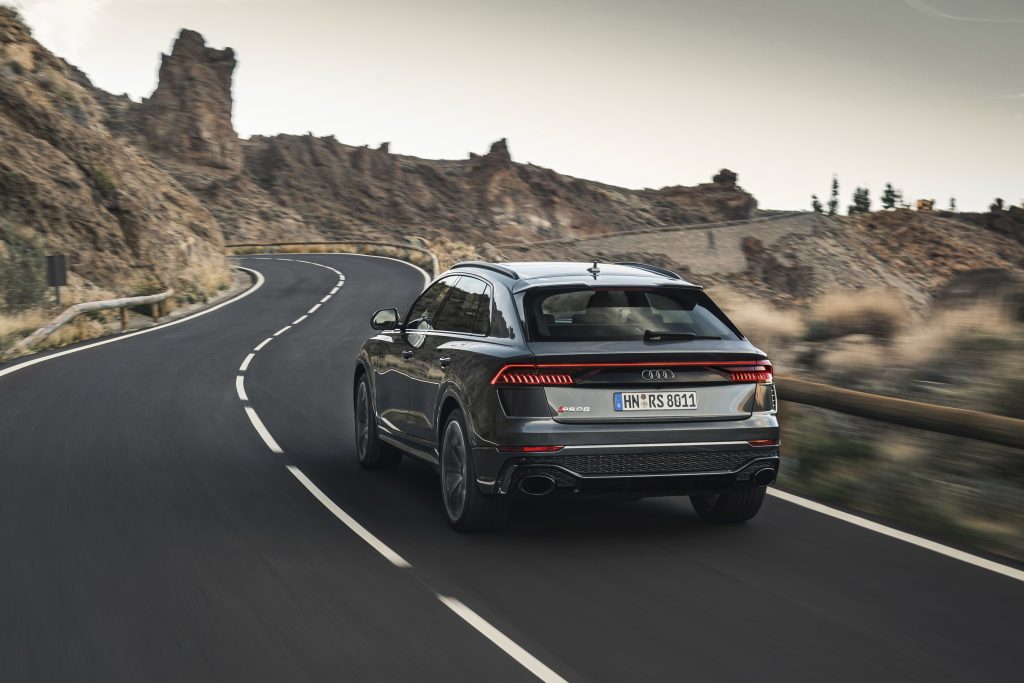 Sir Isaac Newton would hate cars like the Audi RS Q8 and Mercedes-AMG GLE63 S Coupe, simply because they take is silly laws of physics and throw them out the window. Cars that weigh more than small aircraft carriers shouldn’t be as fast as the two aforementioned performance SUVs actually are. Yet, here we are and both the RS Q8 and GLE63 are monster SUVs with the performance of exotic supercars from just a few years ago. But, more importantly, which is faster?

In this new drag race video from Cars.co.za, we get to see the Audi RS Q8 take on the Mercedes-AMG GLE63 S Coupe in a quarter-mile standing race. The host, Ciro de Siena, drives the AMG, which he says he doesn’t like from the start of the video. We haven’t driven it, so we can’t agree or disagree but Audi fans must be happy to see that right off the bat. Anyway, let’s check the drag race.

The Audi RS Q8 is at a bit of a power disadvantage, here. Its 4.0 liter twin-turbo V8 only makes 591 horsepower and 590 lb-ft of torque, while the Mercedes-AMG GLE63 S Coupe (can I please stop having to type that?) makes 603 horsepower and 627 lb-ft from its own 4.0 liter twin-turbo V8. However, the RS Q8 is whopping 200 kg (440 lbs) lighter, which is shocking because the RS Q8 weighs as much as some moons. But is that enough to make it faster?

They do two drag standing quarter mile drag races, with a driver swap in between to make sure the winner of the first race wasn’t just do to driver launch skills. We won’t ruin the results for you, as you should watch the video for yourself, but it is a bit interesting to see which car is faster and whether or not it’s the car or the driver.

The post VIDEO: Is the Audi RS Q8 Faster Than the Mercedes-AMG GLE63 S? appeared first on QuattroDaily.