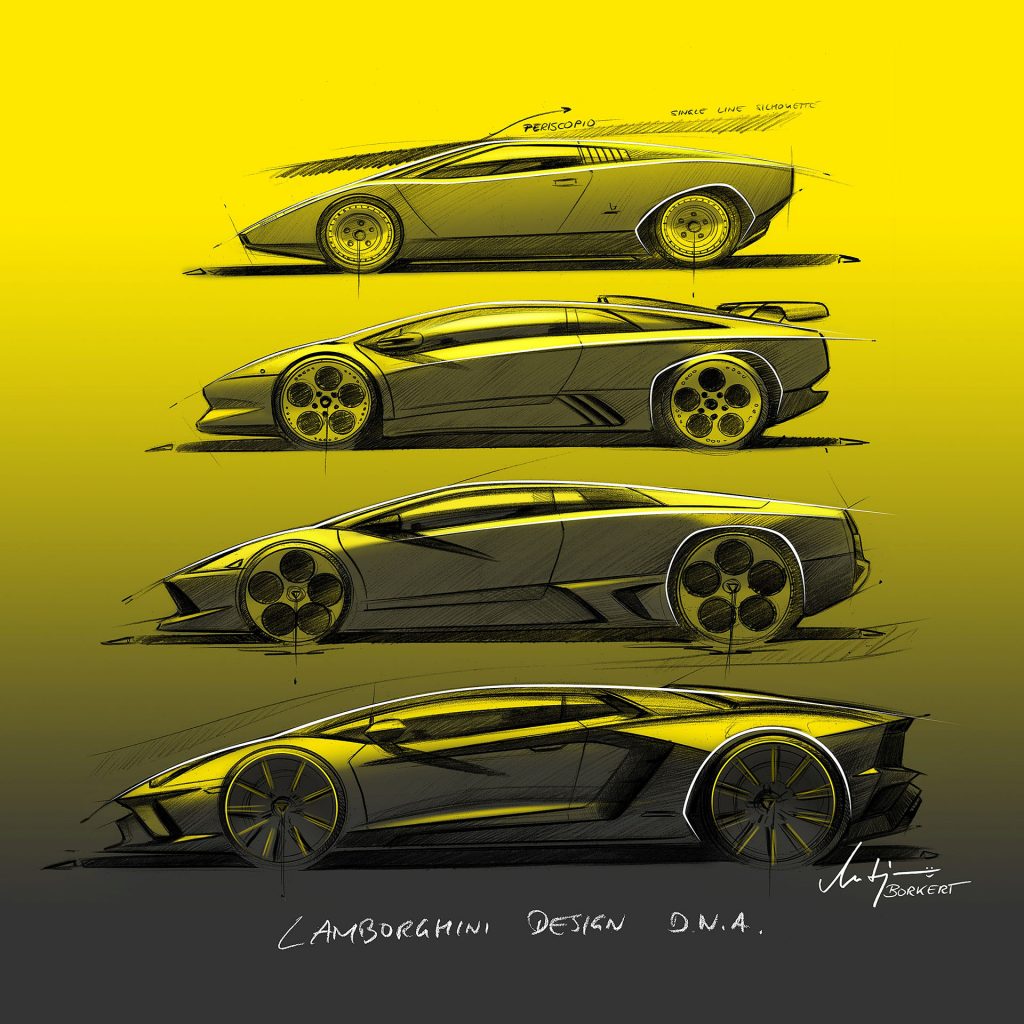 The legendary Lamborghini Countach was introduced in 1971, this futuristic prototype was shown at the Geneva Motor Show is celebrating her 50th anniversary this year, and rumor has it Lamborghini will be unveiling a commemorative edition of the current Lamborghini Aventador V12 flagship model to pay homage to the model that carved the entire future of Automobili Lamborghini SpA since the Seventies. Even today, when designers working at the Centro Stile in Sant’Agata are asked to draw the Lamborghini of the future, they still turn to the criteria set by the Countach fifty years ago, Lamborghini’s design DNA originated with the Countach. The Lamborghini Miura is still a beautiful, sensual-looking design, but with the avantgarde Countach the trend for every Lamborghini model since was set, the single line from front to back would dictate every new model from Sant’Agata for decades to come. 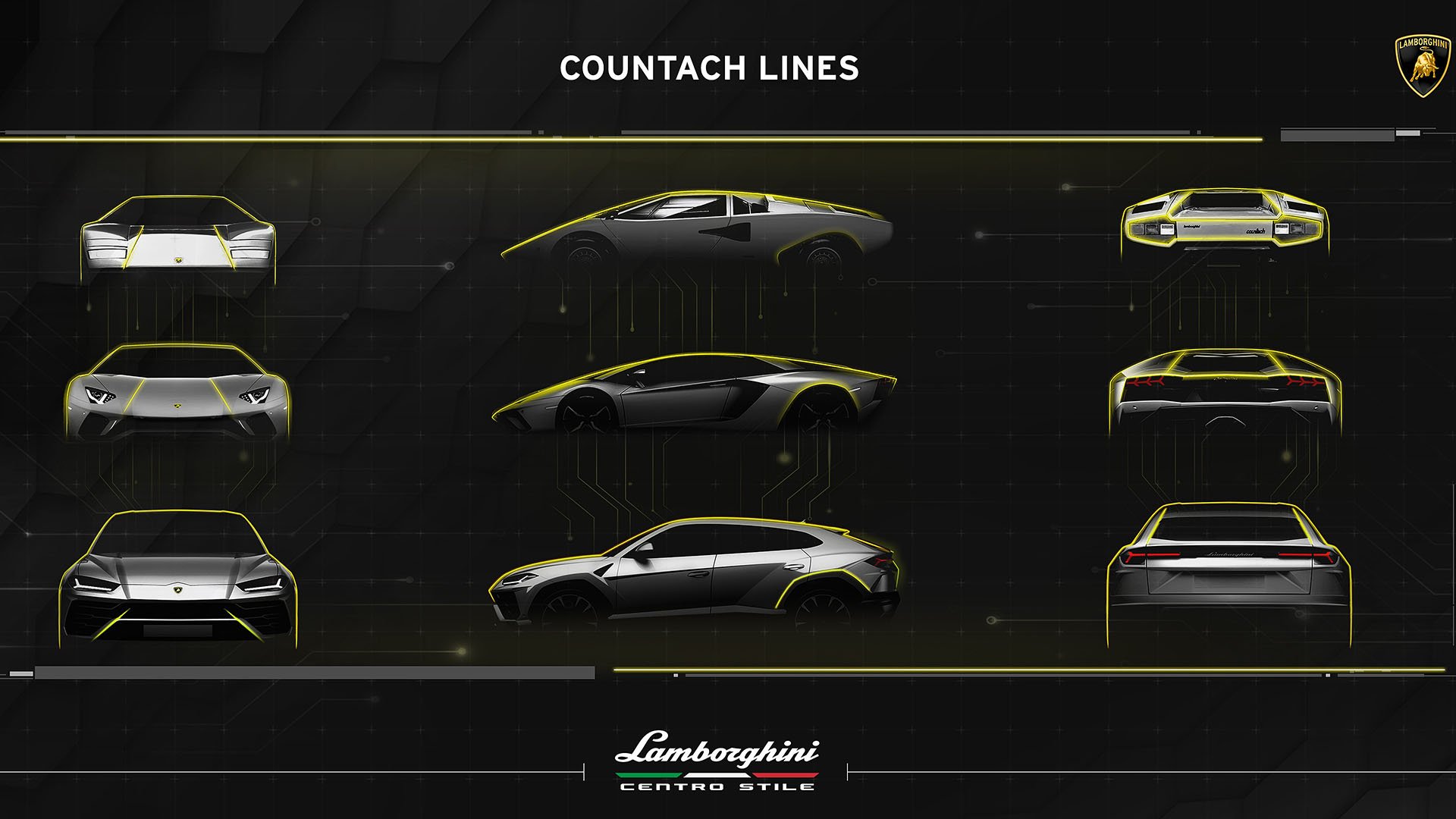 If you look closely at the side profile of the Lamborghini Countach, especially the side windows and the rear wheel arch, you will recognize the same design elements in the next generation flagships, from the Diablo over the Murciélago right up to the current Aventador, a car that was introduced 40 years after the Countach, but that still showed the traditional ‘single longitudinal line’ from front to back. 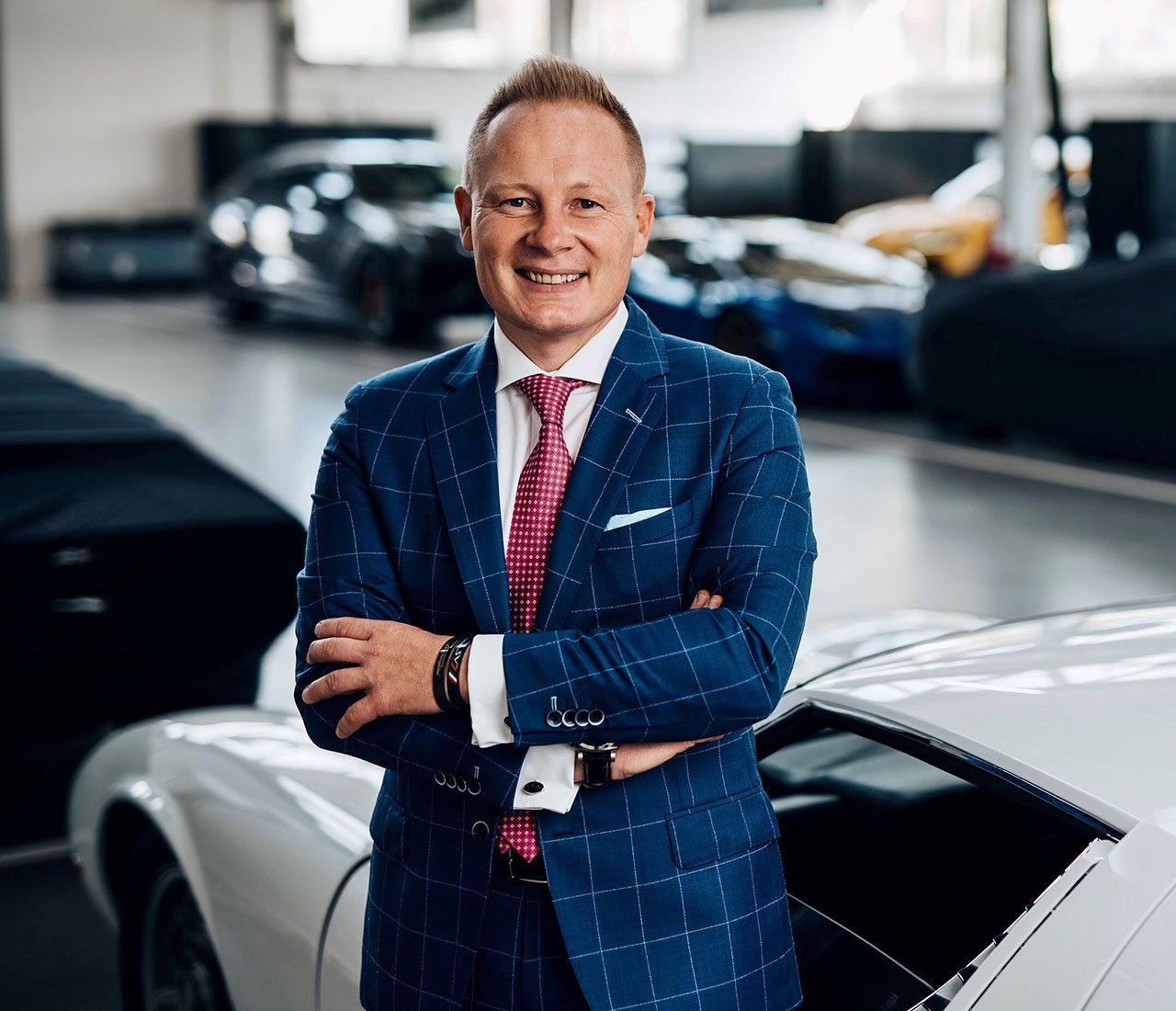 Mitja Borkert, Head of Design at Lamborghini, describes the style of this automotive icon as follows: “There are works of art that always remain relevant, and the form of the Countach is one of them. Its design is comprised of perfect proportions, characterized by a very pure and essential approach. Its distinctive feature is the single longitudinal line that visually connects the front and rear parts. From a stylistic point of view, it’s a perfect inspiration because, even when the rest is modified, the line is an element of visual continuity between past and present. It’s the epitome of the DNA in all Lamborghini design, the tradition of the stylistic language from the origins to the present day.” 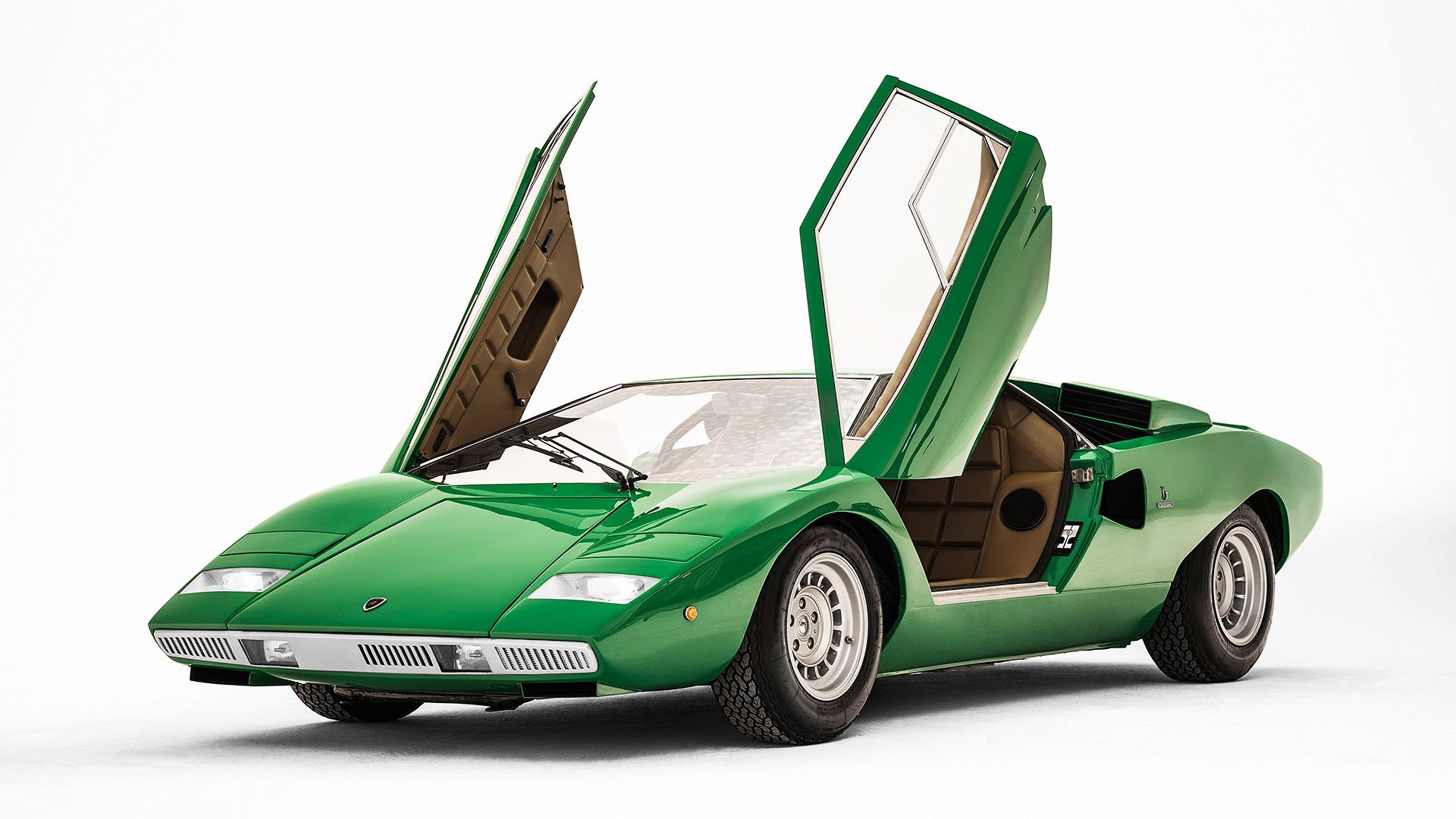 And let’s not forget the feature that Lamborghini introduced with the Countach, and that has adorned every single V12 flagship model ever since … the upward-opening doors, the ‘Lamborghini doors’ has become a trademark since then, and while many cars these days come with similar opening doors and many tuners install this style of doors on much lesser makes, it was Lamborghini that came up with the concept on a production car, inspired by the Carabo prototype, it is safe to say the Lamborghini Countach was way ahead of its time in 1971. 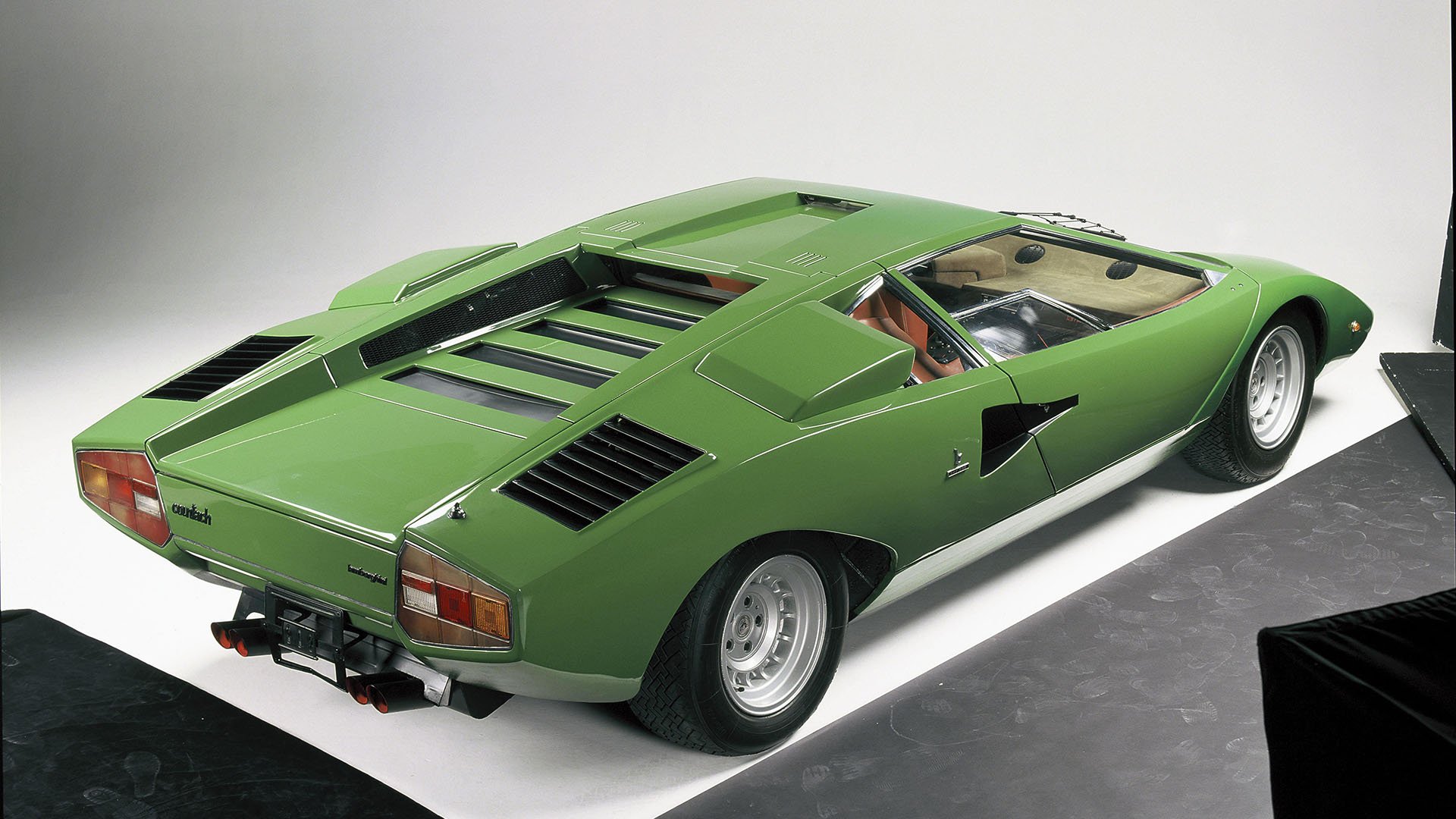 The Lamborghini Countach prototype was finished in bright yellow, and while we’ve seen several Lamborghini Miura in unusual shades, like orange and bright green, it was the Countach that caused an explosion of bright colors, again something that would stay synonymous with Lamborghini every since … when you visit an event with several Lamborghini parked side by side, some even state they look like Skittles, that’s Lamborghini for you, always bold and out of the ordinary. 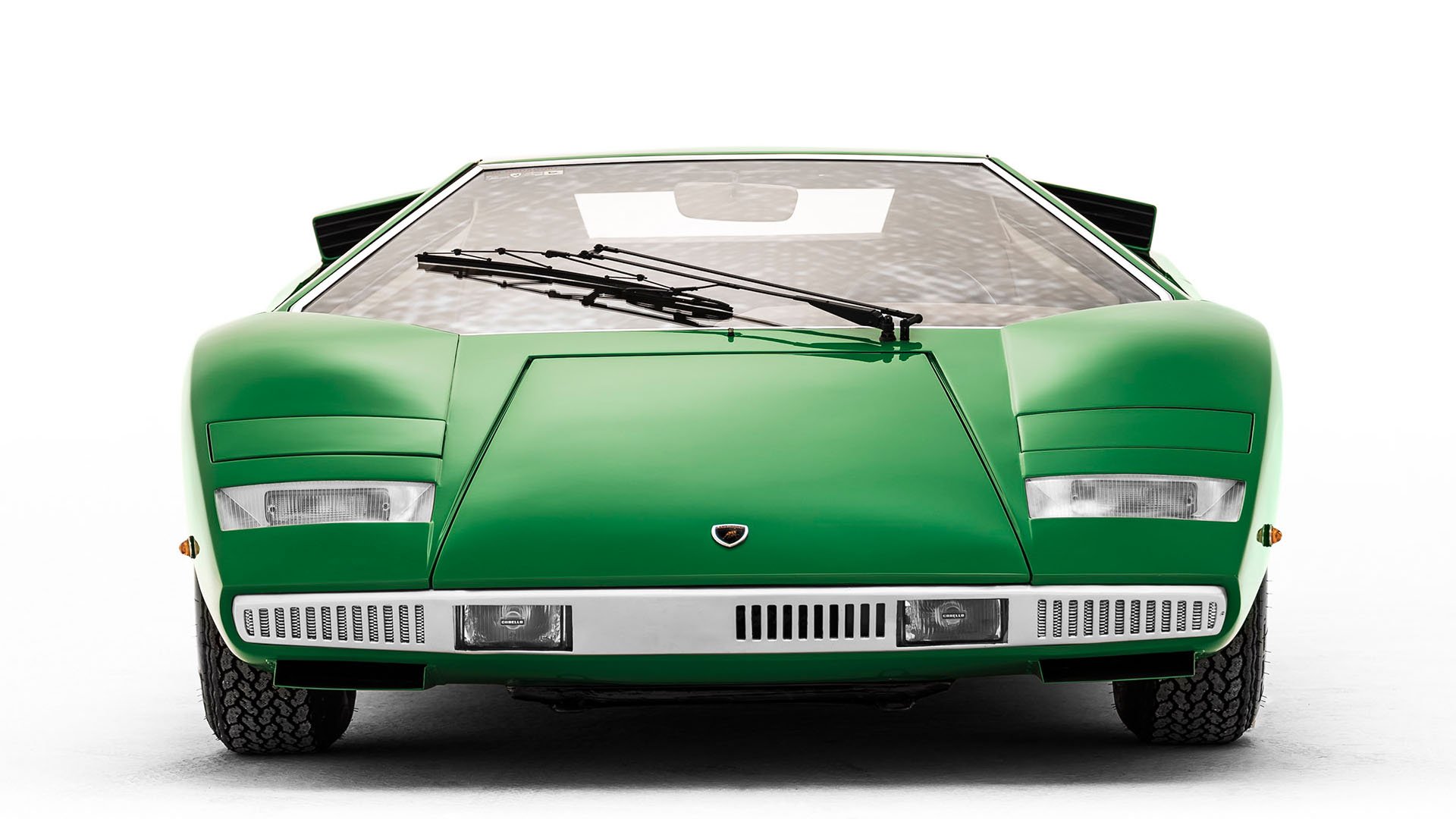 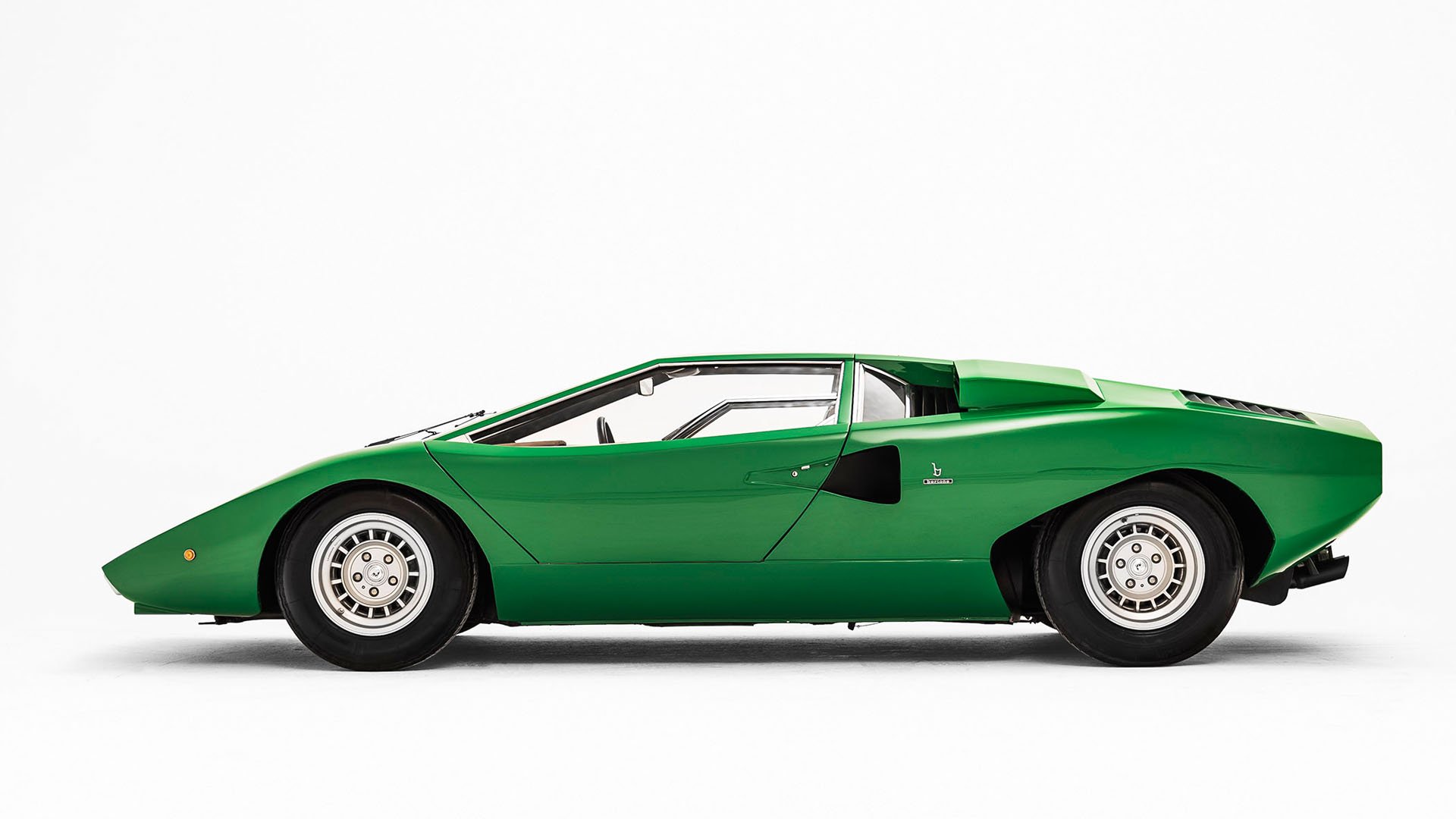 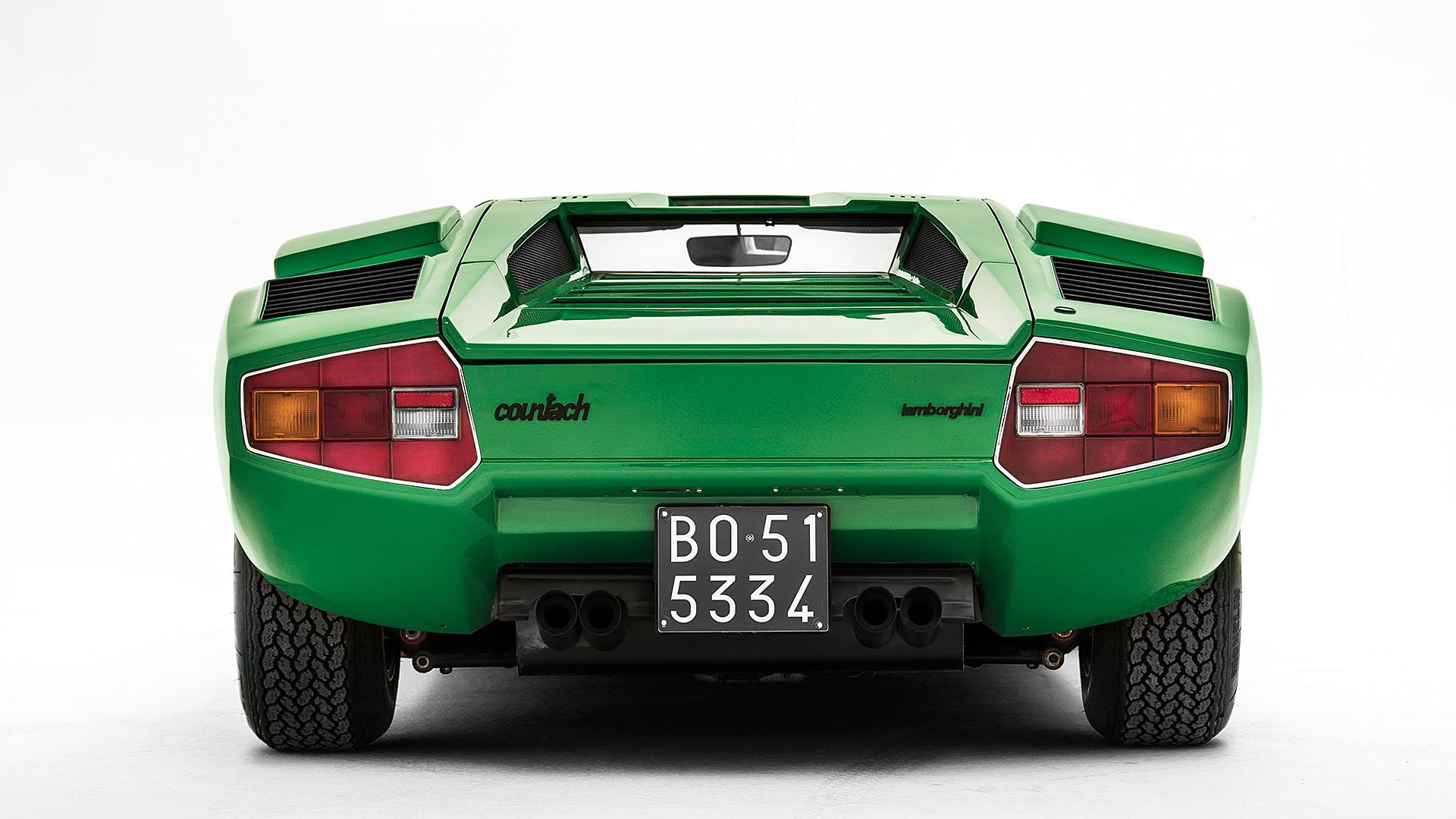