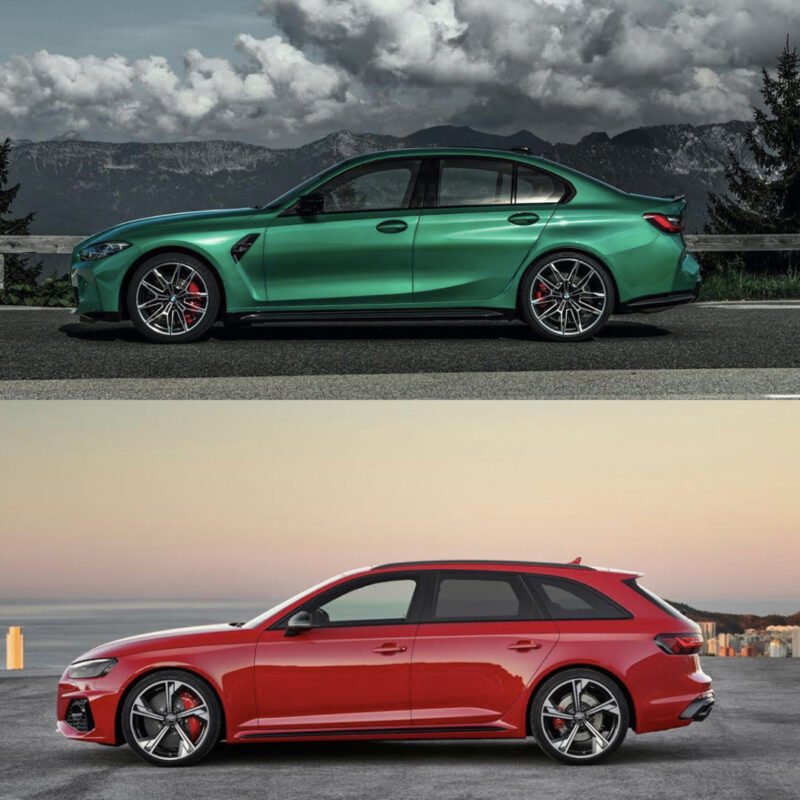 When the B9-generation Audi RS4 Avant first debuted, it was an absolute monster in the segment. It packed power that rivaled all of its competitors, along with class-leading all-wheel drive traction. It used that power and traction to outperform all of the cars in its class. Now, though, the RS4 is getting quite old, while all of its competitors are newer and more powerful. The newest of them all is the G80-generation BMW M3 Competition. So can the RS4 still hang with its newer rivals? This new four-way comparison test from Car Magazine finds out.

In this new comparison, the Audi RS4 Avant takes on the new BMW M3, the Mercedes-AMG C63 S, and the Alfa Romeo Giulia Quadrifoglio. Every car except for the Audi makes just over 500 horsepower, while the Audi makes do with just 444 horsepower. Sure, the Audi RS4 Avant is all-wheel drive, which gives it a traction advantage (the M3 will be getting all-wheel drive later this year, too), but it’s still massively down on power. All cars have automatic transmission, with the Audi, BMW, and Alfa all using versions of ZF’s eight-speed auto, and AMG using Mercedes’ own in-house nine-speed.

So how does the comparison play out? Turns out, it’s actually rather surprising. To be honest, I had a feeling the Audi RS4 Avant would end up where it did — last place. It’s one of the oldest cars in the group, it’s the least powerful, the slowest, and the least exciting to drive. It has some attributes that the others don’t, though, which did surprise me. It’s a good read, though, so you should check it out. These are all fantastic cars, all with reasons to buy them, but there’s one clear winner in the bunch and it could be a very tough car to take down as the years go on.

We know that the current-gen RS4 is on its last legs, due to be replaced in a couple of years, and it’s likely going to be a hybrid, or potentially even a fully-electric vehicle. Until then, though, it’s not going to compete with these newer cars.