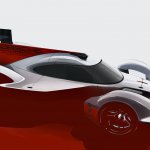 Porsche will have a partner as it seeks its 20th victory in 24 Hours of Le Mans race in 2023. That partner will be Roger Penske.

Porsche and Penske have announced the establishment of Porsche Penske Motorsport, which will compete in both the FIA WEC World Endurance Championship IMSA WeatherTech SportsCar Championship series.

Porsche Penske Motorsport will compete in the series’ top category with a pair of LMDh prototype cars in each series. LMDh cars are hybrids, weighing around 2,200 pounds with 680 horsepower gas/electric hybrid drivetrains.

“For the first time in the history of Porsche Motorsport, our company will have a global team competing in the world’s two largest endurance series,” Porsche board chairman Oliver Blume was quoted in the announcement.

“To this end, we will be setting up team bases on both sides of the Atlantic. This will enable us to create the optimal structures we will need to take overall victories at Le Mans, Daytona and Sebring, for example.”

Porsche’s board approved the development of the LMDh in December 2020 and the company announced its plans to return to Le Mans in 2023.

“Our intention is to support and shape the new era,” added Porsche board member Michael Steiner. “Not only will we be keeping our fingers crossed for the four factory cars we have in total, but also for our customer teams.

“The new LMDh vehicle will also be entered as a customer car in both series as early as the 2023 season. These partner teams will be given our full support. Whatever insights we gain from our factory effort will also be shared with them.”

The announcement brings back together Porsche and Penske. Penske Racing ran Porsche cars in the American Le Mans Series from 2006-2008, winning two championships in LMP2 and even beating the faster LMP1 prototype cars on several occasions. Team Penske also ran Porsche’s 917 racers in the Can-Am series in the 1970s.

“We have represented Porsche on the track or in our businesses for more than six decades,” Roger Penske said in the announcement. “The heritage and success we have enjoyed together is unparalleled throughout our history.

“I can’t wait to get started as we build a global racing program with Porsche that will compete for wins and championships well into the future.”

Penske’s racing team headquarters in Mooresville, North Carolina, will be the base for the Porsche Penske IMSA program.