Audi’s latest electric sedan is now here, at least in concept form, to take on cars like the Tesla Model 3 and BMW i4. However, we’re going to focus more on the latter, as Audi and BMW are more traditional competitors. While the Audi A6 e-tron is still just a concept, it’s likely going to be a very production ready one. Expect the final road car to look nearly identical to this concept. Because of that, we want to see which design looks better, the A6 e-tron’s or that of the BMW i4.

We haven’t driven either and Audi has been a bit vague with its specs for the A6 e-tron, so we’re only going to look at their designs, nothing more.

Up front, it’s clear that each brand had a different idea as to implement their signature grille design. BMW now famously (or infamously) went with a much bolder, brash approach, by using an enlarged version of its signature kidney grille design. While Audi also used a large version of its Singlegrame grille, it blended the grille into the body work, by color-matching it to the exterior and only outlining it in black trim. So it sort of just looks like more body work, rather than a grille. Which of course it is, as neither car needs a real grille, being electric and all. 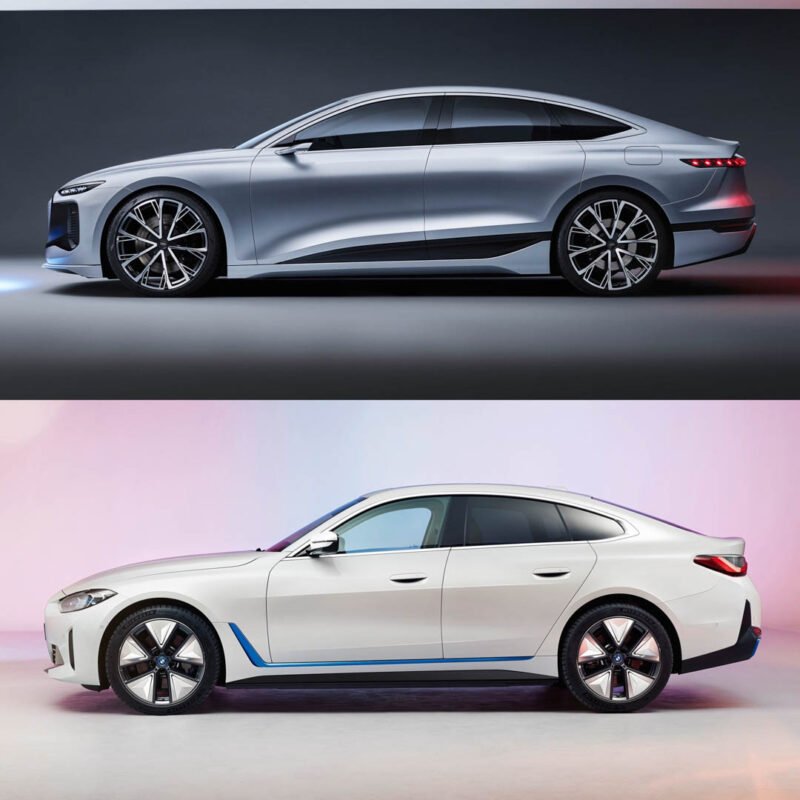 In profile, the Audi A6 e-tron is lower and sleeker, whereas the BMW seems to be a bit more upright, with taller glass. The Audi also seems to sit a bit lower on its wheels, as if it has lowering springs, but it is still a concept car, so that’s likely why. However, there’s a bit more character to the design of the A6 e-tron; more body lines, sweeping shapes, and subtle muscularity. The BMW i4 is simpler, less dynamic looking. Both cars have liftback tailgates and their rooflines do little to hide it. 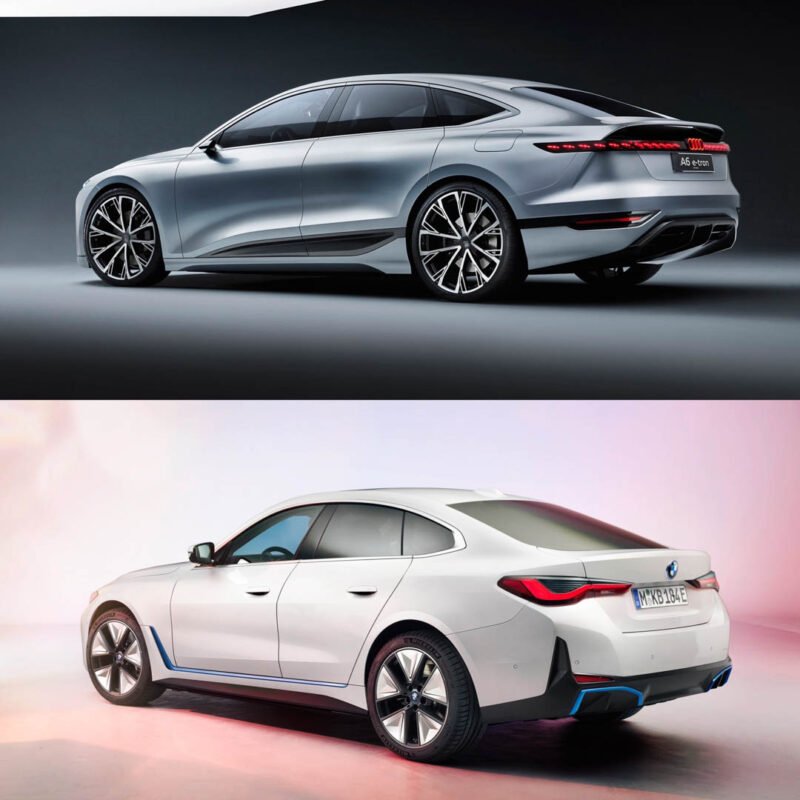 Out back, the Audi A6 e-tron gets a wide rear light bar, which is packed with three rows of LEDs and is capable of doing little light dances. While the BMW’s are your standard 4 Series taillights. The Audi’s roofline also looks lower from the back, due to a shorter rear window, and it seems to have a touch more muscular wheel arches, but we’ll reserve final judgement before after we get the cars in front of us. 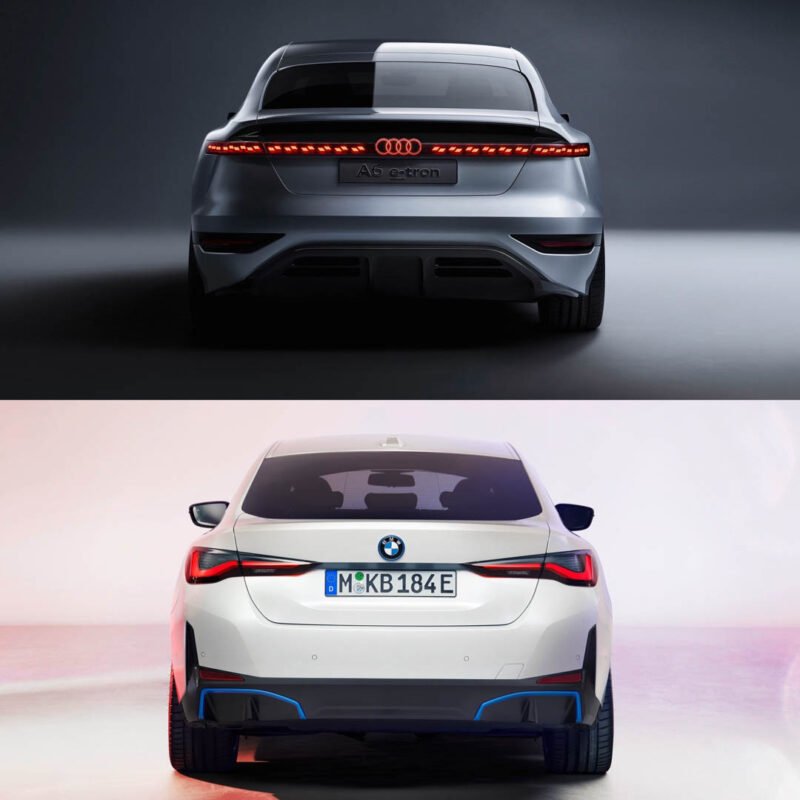 Overall, it’s hard to not choose the Audi. Of course, it’s still a concept but all three Audi e-tron concept cars; the e-tron SUV, e-tron GT, and Q4 e-tron; have all debuting with designs nearly identical to their concept car predecessors. So we expect the same for this A6 e-tron. If that’s the case, at least in terms of style, it’s going to be tough to beat. 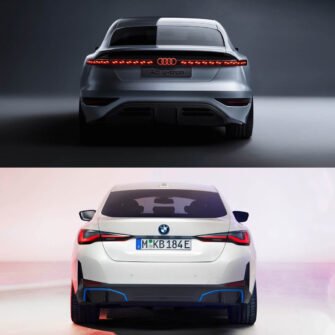 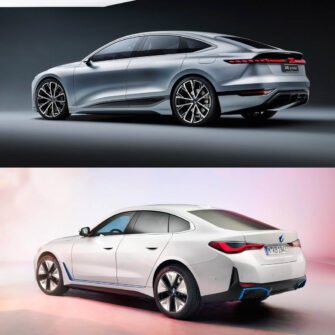 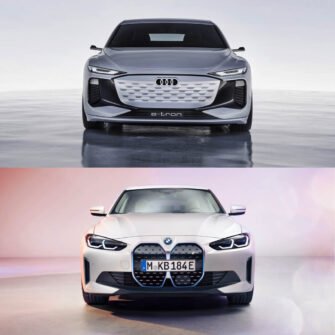 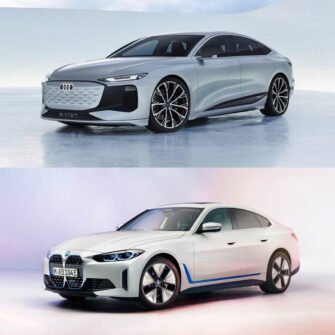 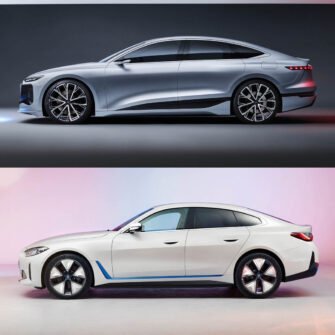 The post Photo Comparison: Audi A6 e-tron Concept vs BMW i4 appeared first on QuattroDaily.