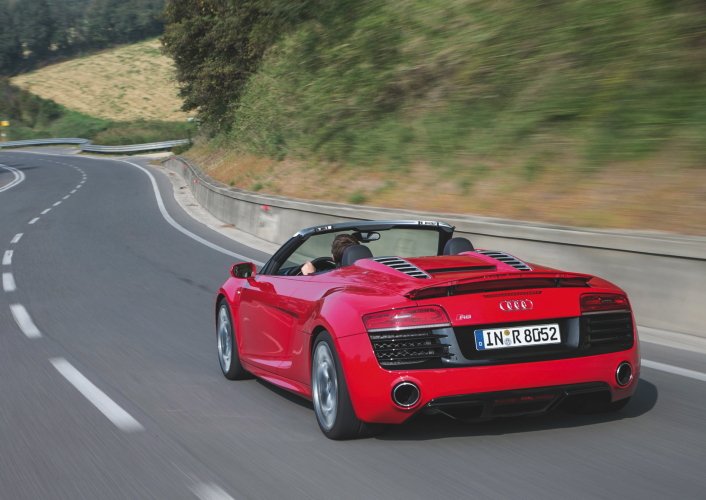 Okay, so any car that costs $100,000 isn’t exactly a bargain. However, at around that price point, you’re simply not going to find a new supercar experience that can rival a 2011 Audi R8 V10 Spyder with a six-speed manual. Firstly, the only supercar under six-figures is the C8 Corvette but it only comes with an automatic. The Porsche 911 can be had for a squeak under $100-grand and with a manual but it lacks the excitement and thrill factor of the R8 Spyder. Which is what makes this specific 2011 R8 Spyder from Bring-a-Trailer so tempting.

At the time of writing this, the Audi R8 Spyder has a bid of $75,000, with five days left on the auction. Which means it’s likely to either hit $100,000, or go over it. Still, you’re not going to find another experience like it for the money.

Not only is it a mid-engine supercar with a stunning design that gets better and better with age but it also packs a 5.2 liter naturally-aspirated V10 engine. The only other cars from the era with V10 engines were the Lamborghini Gallardo (which shared the same engine) and the Lexus LFA. The Audi arguably looks better than both and is cheaper than both to boot.

Additionally, this specific car is a Spyder, which means convertible in R8-speak, so that glorious V10 soundtrack can be piped directly into your ear holes without a pesky roof interfering. After having driven the R8, I can say with confidence that its noise is enough to justify its price.

But the real kicker, this car’s pièce de résistance, is the six-speed, open-gate manual transmission. So on top of hearing that monster V10 wail as it crests 8,000 rpm, you get to manually clink its metallic gear lever into the next get, and hear the sonorous mechanical music all over again.

The brand-new Audi R8 Spyder starts at $154,000, which is about an Audi S4’s worth more than this 2011 Audi R8 Spyder is likely going to sell for. As much as I love the new R8, if I had the choice I’d take the old car every day of the week, due to its superior styling and its sensational manual gearbox. So if you’re in the market for a second-hand supercar, take a close look at this one.

The post This 2011 Audi R8 V10 Spyder Six-Speed Could be Your Bargain Supercar appeared first on QuattroDaily.