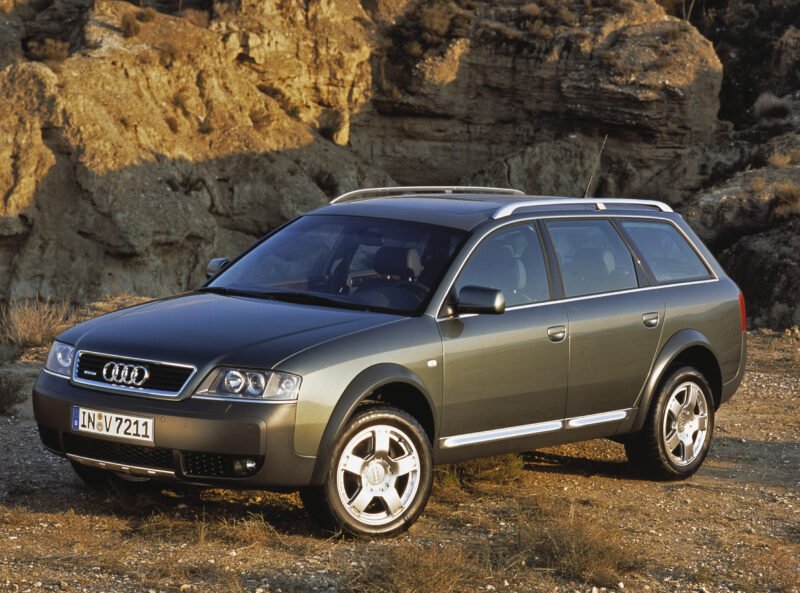 When enthusiasts think back on the original Audi Allroad, it’s usually with mixed feelings. There are feelings of nostalgia, as it was a cool car back when it first debuted. Its blend of rugged good looks, surprising off-road capability, manual transmission option, and fantastic interior immediately made it an intriguing proposition. However, the original Allroad was plagued with poor reliability, causing most enthusiasts to run and hide at the mere proposition of buying one second-hand. But what did enthusiasts and journalists think back when it was new?

In this retro car review from Car and Driver, we take a look at the August 2000 review of the 2001 Audi Allroad and the results are shockingly positive.

Back in its own day, the Audi Allroad was a seriously impressive piece of kit. Its air suspension not only had automatic adjustments, allowing it to stay high for easier ingress but then lower itself automatically for quicker driving, but it was also manually, electronically adjustable. So you could slam it if you wanted and keep it that way.

However, it also featured a great ride, capable handling, an absolutely fabulous interior, a 2.7 liter twin-turbocharged engine, and a manual transmission option. So it was a great enthusiast car to drive, as well as being surprisingly rugged and practical. Was it as fun to drive as a proper sports car? No, it was a bit too numb and heavy for that. But it was far more enjoyable to drive than any of the luxury SUVs of the era, which made it a great compromise for enthusiasts who needed more space.

After many years, customers began to realize its grim reliability, which left many wallets in pain. It’s unfortunate the original Allroad was such a problem child because, as a car, it was brilliant to drive. The new one is pretty great as well. I can’t believe I’m saying this but I kind of like Allroads now. Dammit.

The post What Did Car and Driver Think About the Audi Allroad Back in its Day? appeared first on QuattroDaily.