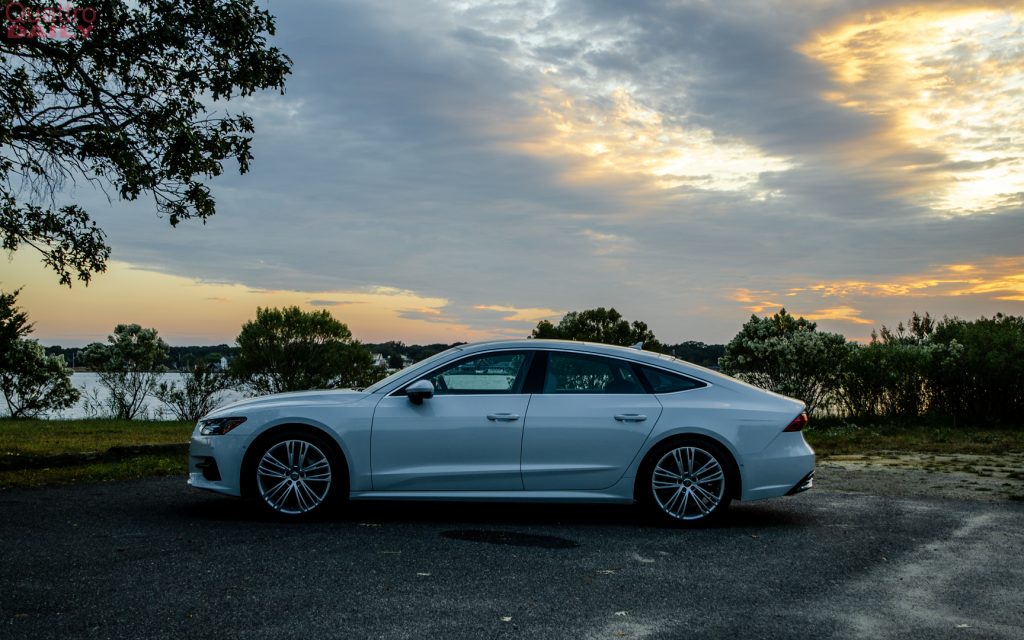 Most German automakers build special long-wheelbase versions of their existing cars for the Chinese market. In China, back seat space is prioritized over almost anything else, which is why Audi even makes long-wheelbase versions of the Audi A3 and A4. In fact, it even seems to be a priority over cargo space, as the upcoming Audi A7L was just spied without its trademark Sportback roofline and liftback tailgate but, instead, a traditional trunk. (We don’t own the spy photos but they can be seen here)

In these new spy photos, we can clearly see an Audi A7L test mule, but one that ditches its classic roofline and tailgate, for a regular trunk. The roofline is still very aggressive but it slopes down and then flattens out over a normal trunk-lid, which sort of defeats the purpose of the Audi A7 entirely and, on paper at least, turns it into an Audi A8.

However, you can tell it’s an Audi A7L, rather than an A8L, due to the shape of the roofline and windows, as well as the rear LED light bar and taillights. So it’s clearly a modified A7, not some elongated A8.

It might seem pointless to get an A7L that loses its tailgate, as that sort of just makes it an Audi A8L. Though, as seemingly pointless as it is at first, the Audi A7L actually looks pretty good. It looks like a sexier, sleeker Audi A8, which is sort of the purpose of an A7 anyway. We can actually see why someone would prefer this to an A8L, as its design is a bit more exciting and youthful.

Still, it’s a bummer to lose the tailgate, as it’s always made the Audi A7 a better value than its competitors, as it added style and practicality, something the BMW 8 Series Gran Coupe and Mercedes-Benz CLS-Class never did.