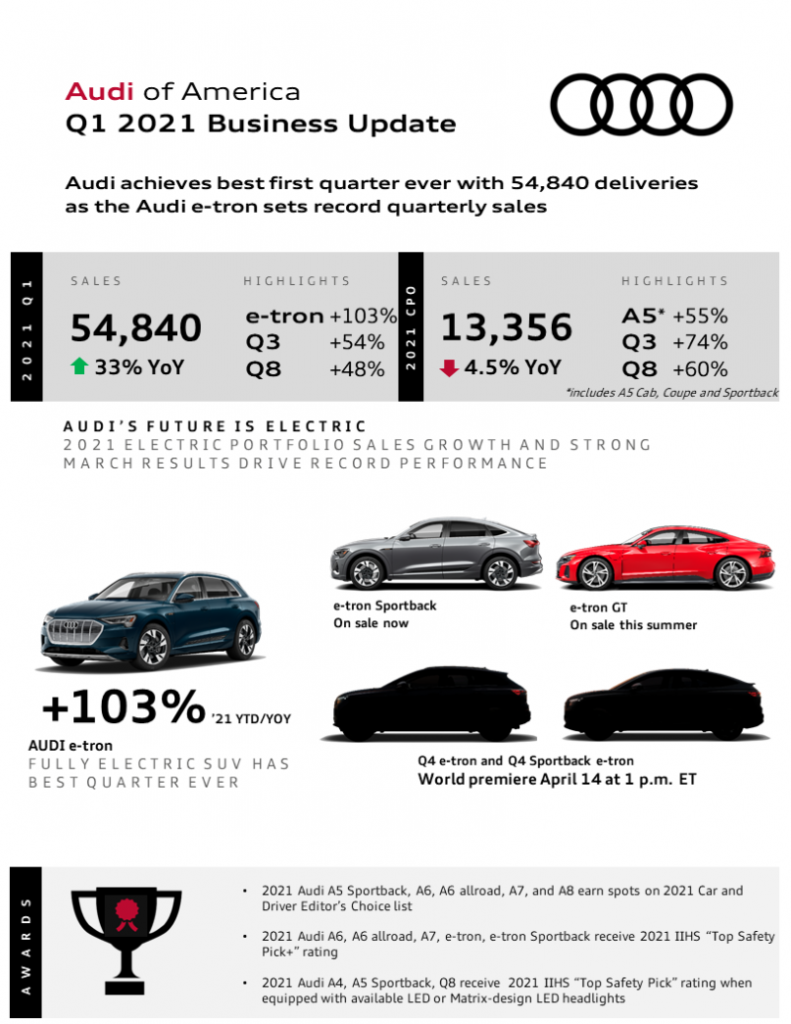 Since the Audi e-tron SUV has hit dealerships, its sales figures have been a bit underwhelming in the U.S. market. While it’s achieved success in many European markets, it’s just too expensive with too short of a range for most Americans to choose it over an equivalent Tesla Model X. However, some U.S. customers must be warming to it, as the e-tron SUV achieved record sales figures for the first quarter of 2021.

So far in 2021, Audi sold 3,474 e-tron SUVs, which is up 103-percent over the 1,711 cars sold over the first quarter of last year. That also makes Q1 2021 the best-selling quarter since the e-tron’s release. And that’s not even including the e-tron Sportback, of which Audi sold 850 units this past quarter. Though, the Sportback model wasn’t on sale last year, so there’s nothing to compare its quarter to. 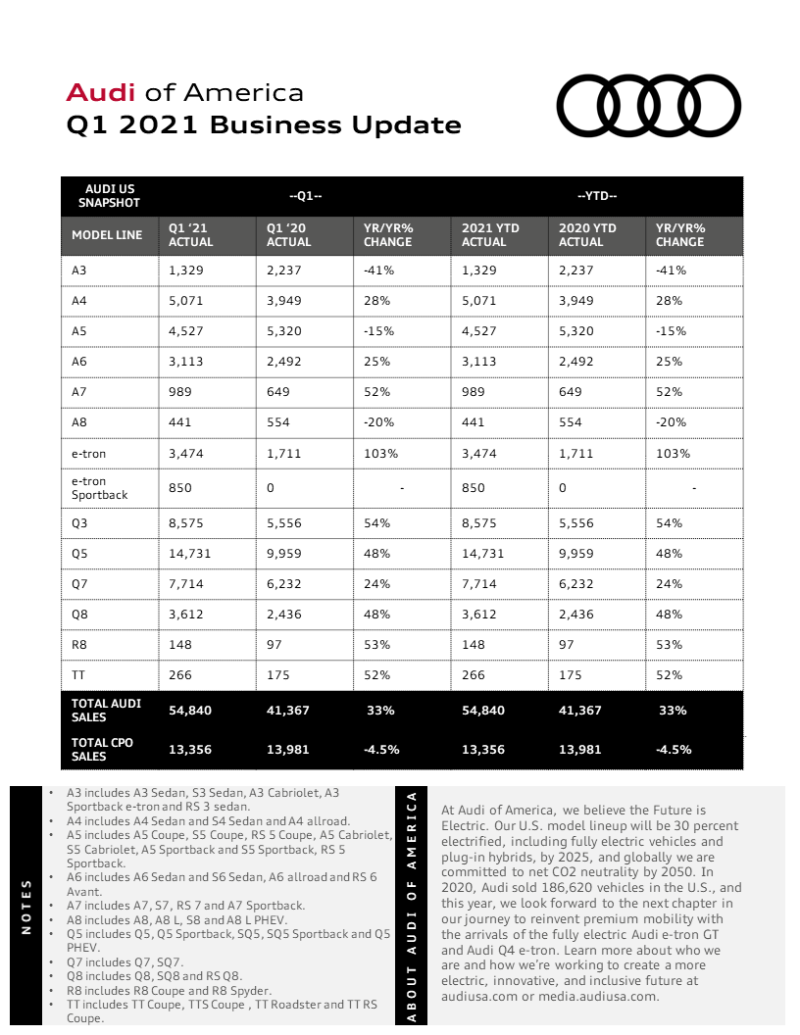 It seems as if customers are starting to understand the benefits of getting the Audi e-tron over something like an Audi Q7 or Q8. Sure, it has a shorter range than its gasoline counterparts, or even its EV rivals, but it offers the same Audi luxury car experience that its customer already love, while being entirely electric.

What’s interesting is that Audi sold almost as many e-trons as it did Q8s so far this year, with 3,612 Q8s finding homes in Q1 of 2021. Considering the Q8 is more stylish and still powered by gasoline, that’s quite the achievement for the Audi e-tron.

It’s also only going to get better. When the Audi Q4 e-tron debuts, it’s going to offer customers the same range as the standard e-tron SUV, or potentially even better range, at a much cheaper price. When the Q4 e-tron debuts, it’s going to bring a stylish design, about 200-ish miles of range, an all-new interior, and Audi Q5 pricing. The Audi Q5 was the brand’s best seller so far this year and it wasn’t even close. Audi sold 14,731 Q5s so far in 2021, which is almost double its next best seller, the Audi Q3, which had 8,575 units sold. 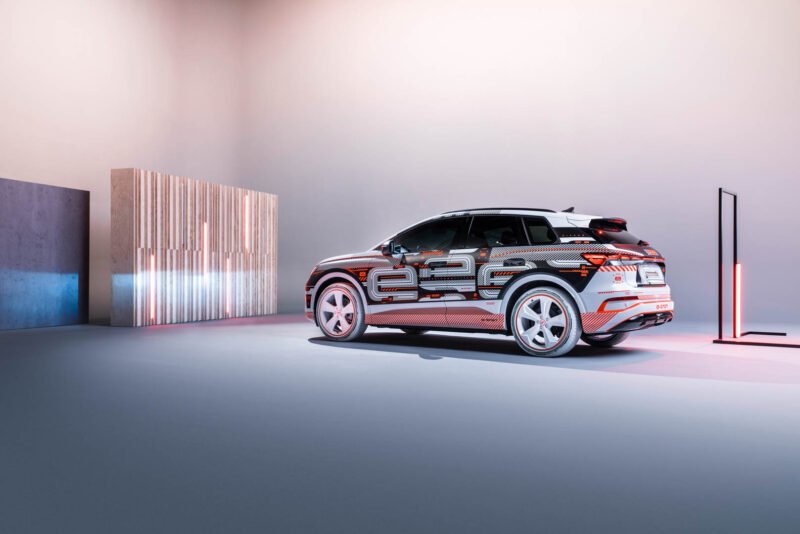 So take that attractive price bracket and highly competitive segment and add the Q4 e-tron into the mix. Audi EV sales are bound to go up.