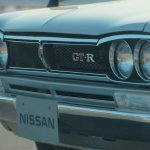 For the better part of four decades, it was only a Japanese legend. Unobtainium here in the United States, the Nissan Skyline GT-R was a high-tech, high-performance coupe we could only get a glimpse of in Japanese magazines or experience virtually through video games. Outfitted with all-wheel drive, all-wheel steering, and a twin-turbocharged inline-6, it was understandably a car we drooled over, but only from afar. And that nickname: Godzilla. How cool was that?

And then it came here in 2008, and it hasn’t disappointed. The power is sudden, and the all-wheel-drive system puts it to the pavement to create supercar performance. The experience is a little bit digital and the looks are almost Japanese to a fault, but this is one of the best performance values on the market, despite annual price increases.

But without a long domestic history, many readers may not be all that familiar with the story of the GT-R. The nameplate turned 50 in 2019, we’re here today to remedy that problem one generation at a time. Nissan has a video out of all six generations of the GT-R, and you can read up on their history below. And while we’re plenty happy with the current car, we’re looking forward to the seventh generation.

The Skyline sedan had been around since 1957, but the GT-R made its debut at the Tokyo Motor Show in fall 1968 and launched in February 1969. The beating heart of the beast was the S20 dual-overhead cam 2.0-liter in-line 6-cylinder engine, which produced 160 horsepower and 130 pound-feet of torque. The first-generation GT-R was known internally as code KPGC10 and carried the “Hakosuka” nickname, which was an amalgamation of the Japanese words for box and skyline. The car was 173 inches long with a 104-inch wheelbase, and it weighed 2,469 pounds. It could cover the quarter mile in 16.1 seconds and reach a top speed of 124 mph. It could corner, too, as it proved by winning the JAF Grand Prix in its debut race. The car became available as a coupe in 1971. All told, 1,945 of the first-generation cars were produced.

The second-generation Skyline GT-R, code KPGC110, was offered only as a coupe and only in 1973. The S20 in-line-6 still powered the car, and like the first-generation, the only transmission was a 5-speed manual. The car unofficially became known as the “Ken & Mary” due to a song by a young couple used in the advertising campaign. Unfortunately, only 197 KPGC110 GT-Rs were built due to the oil crisis and the stricter emissions standards that choked performance in the mid-1970s.

After a 16-year hiatus, the Skyline GT-R returned, this time as a showcase for much more performance technology. The so-called R32 GT-R featured the new ATTESA all-wheel-drive system, all-wheel “Hicas” steering, and multi-link suspension front and rear. The RB26DETT 2.6-liter turbocharged inline-6-cylinder spun out 276 horsepower and 260 lb-ft of torque. Zero to 60 mph took 5.6 seconds and the quarter mile passed in 13.9 seconds. The wheelbase was down to 102.9 inches, but the length was up to 180.9 inches. A version built for FIA Group A racing put out about 550 horsepower and won the 1991 Spa-Francorchamps 24 Hours race. The total production run was 43,394 cars.

The R33 generation was mostly just an evolution of the R32. It featured the same engine, but torque increased slightly to 264 pound-feet. The 0-60 mph time was down to 5.0 seconds, but the greater achievement was a 7:59 lap of the Nürburgring. A monster R400 model made 395 horsepower thanks to bigger turbos and increased displacement to 2.8 liters. It could accelerate from 0 to 60 mph in four seconds flat. Launched in 1997, only 44 R400s were built. For most customers, the V.Spec model was the sportier choice, with firmer suspension, a lower ride height, and an active limited-slip rear differential. The R33 race cars earned the Godzilla nickname in Australia for their dominance over the Ford and Holden V-8s. That would soon spread to the production car.

The R34-generation of the GT-R benefitted from the racing and testing done for the two previous generations. It still made 276 horsepower  “officially,” and turbo lag was reduced, torque was increased, and a new Getrag 6-speed manual replaced the 5-speed. The body was also stiffer, the aerodynamics were improved, and several weight-saving measures were employed, including the use of a carbon fiber rear diffuser. The car was also shorter, as was the front overhang. An R34 GT-R has been featured in several of the “Fast and Furious” movies, giving U.S. car enthusiasts a taste for unobtainable Japanese performance cars.

The first GT-R to be offered in the United States, the R35, dropped the Skyline name. It arrived in Japan in December 2007 and in the United States in July 2008 with a starting price just under $78,000. The new engine was a twin-turbocharged VR38DETT 3.8-liter V-6 spinning out 480 horsepower and 430 pound-feet of torque. The Hicas all-wheel steering system was gone, and so was the 6-speed manual, replaced by a 6-speed dual-clutch transmission. The multifunction display was created by the same programmers who did the “Gran Turismo” video game. Performance was much improved, and it has improved steadily since the R35’s release.

The post Godzilla’s biography: The 50-plus year history of the Nissan GT-R appeared first on ClassicCars.com Journal.