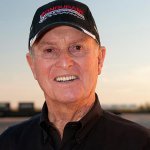 When the first news release arrived March 22 announcing the name change of what thousands of graduates have come to revere as the Bob Bondurant School of High Performance Driving, my first thought was: what or who is Radford?

Reading on, I learned that a group of Brits – a former Formula One racing champion, an automotive television personality, and a car designer, and their attorney, all now living in the Los Angeles area, are reviving the Radford automotive brand, and they plan to develop their cars on the Bondurant-designed driving circuit just south of Phoenix, and to build those cars in Southern California.

But why, I wondered, why ax a revered driving school brand like Bondurant’s in favor of a name recognized by hardly anyone, at least anyone on this side of the pond?

I thought I knew something about British automotive brands but wasn’t sure about Radford, so I turned to my British-written and -published four-volume Beaulieu Encyclopedia of the Automobile and didn’t find Radford listed among either the car companies nor the coachbuilders.

Turns out the name of the company wasn’t something like Radford Motors but actually was Harold Radford (Coachbuilders) Ltd., established in 1948 so Radford could build station-wagon versions on Bentley’s Mk VI chassis. He later produced “shooting brake” Countryman versions using Rolls-Royce chassis before selling the company in the early 1960s.

Maybe every British schoolboy grows up learning wonderful tales of Harold Radford and his station wagons, but I’m guessing very few folks who enhanced their driving skills at the Bondurant school — from high school students to budding racing drivers to Hollywood actors to members of the U.S. military and Secret Service — know much if anything about Harold Radford.

Some might wonder if their alma mater has been taken over by award-winning hot rod builder Troy Trepanier of Rad Rides by Troy, or perhaps even by the folks who brought us RADwood, those delightful car shows focused on vehicles from the automotive dark ages of the 1980s and 1990s.

Bondurant, soon to turn 88, is an American auto racing icon, driving for Carroll Shelby when the team in its Cobras and Daytona Coupes beat Ferrari to win the world sports car championship (and this even before the famous Ford v Ferrari Le Mans episode). Severe injuries in a crash caused by a mechanical failure ended Bondurant’s racing career, but he turned to teaching others not only how to race, but how to become more skilled and safer drivers on public roads.

While wishing well to the team reviving the Radford brand and to those who bought the Bondurant school a couple years ago, it seems to me that taking Bob’s name off the school he established and replacing it with the name of a little-known British car company (that wasn’t even a real car company) is a move that denies or at least belies more than half a century of history and tradition.

The post Bondurant’s name lives on in those he made better drivers appeared first on ClassicCars.com Journal.