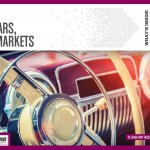 “Classic Cars, Modern Markets” is the name of a special 42-page market-research report from SEMA, which notes that it has revised its definition of “classic” to include vehicles produced through the 1980s, a 16-year expansion.

“Wow, are ’80s cars really classics?” the report asks. “Yes, every car from that decade is more than 30 years old now. When many of us look back to our first cars, it wasn’t a ‘60s muscle car. It was a hand-me-down from the ‘70s, ‘80s or even ‘90s. These emerging classics are now sparking those nostalgic feelings among people looking to recapture a piece of their youth.”

In addition to those recapturing part of their youth, owners of classic cars include those still young.

“We also have a new generation of classic vehicle owners, who can be at times very different from the customers we’re used to,” the report notes. “Having grown up with the internet, they are more than comfortable going online to learn the skills they need to work on their classic, shop for parts, and connect with other classic vehicle enthusiasts.

“But they share the same passion for older vehicles that we often see in classic vehicle owners, and often come into the hobby through parents or friends.”

The following are some of the highlights of the report:

How many are there?

“While early ’70s and older vehicles are the traditional heart of the classic vehicle market, their growing scarcity and price is pushing people toward newer, more accessible vehicles,” according to the report. “Millennials may find themselves priced out of owning a tri-five but able to get their hands on a (Mustang) Fox body.”

“It is rare for individuals to own more than one classic vehicle at a time,” the report adds, reporting that 88 percent of classic owners have only one vehicle that meets the definition. “More often it is a prized possession that is held onto for as long as possible.”

Ownership for 20 years or longer represents 38 percent of classic vehicles, with 73 percent of the vehicles owned by the same person for at least 5 years.

Online auctions account for 5 percent of purchases and in-person auctions for 3 percent.

All other sources, including salvage yards and swap meets, account for 9 percent of purchases.

As is or restore?

Among owners, 29 percent want their car restored to factory condition, 26 desire a resto-mod update with the original appearance but modern mechanicals, 7 percent go full custom or hot-rod, and 37 percent are happy just to keep their classic in running, driver condition.

However, the shops that work on classic cars report that only 20 percent of their business is restoration, while 30 percent involves custom or hot rod builds and 50 percent is meeting the demands of the resto-mod market, which is still growing.