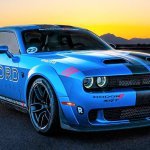 Bob Bondurant’s name has been taken off the marquee of the famous performance-driving school that the renowned driver founded more than 50 years ago, instead becoming the Radford Racing School.

The renaming of the Chandler, Arizona, school comes less than two years after the facility – including the signature road-racing track designed by Bondurant for training – was sold by Bondurant and his family to a group of investors who vowed to return it to its former glory.

The changeover to Radford Racing School has happened quickly – if you now sign onto the Bondurant school website, it immediately takes you to the Radford site instead.  On the website are pictures of the Dodge SRT Hellcat driver-training cars, now painted blue with Radford graphics instead of the familiar Bondurant livery.

Most recently called the Bondurant High Performance Driving School, the facility remains owned by Stig Investments, made up of three wealthy driving enthusiasts whose group is named for the anonymous race driver on the British car show Top Gear.

Although early speculation was that the Bondurant school had been sold again, Radford said that’s not so, and described the relationship with Stig as “a collaboration” designed to benefit both parties, although some were quick to point out that the company is ditching a strong brand by losing the Bondurant name, which had become synonymous with performance-driver training.

While the Radford name might be familiar to British motoring enthusiasts, it is relatively unfamiliar to US fans.

In way of explanation, Radford said in a news release:

“The name change is part of the school’s evolution into an experience destination for international auto enthusiasts, everyday drivers, new drivers, racers, celebrities and influencers. The new name is part of the next chapter of the school, capping off a renovation and expansion, enhanced curriculum, new courses and license-earning opportunities, new association with the lifestyle Radford brand, and so much more to come!”

The school apparently will continue to operate as usual under the Stig leadership, and continue offering classes for budding and experience race drivers, students and teen drivers, and law enforcement and military. The racing courses have included high-performance track driving, grand prix driving, drag racing, off road and carting.

Radford says that much of the appeal of having a relationship with the driving school is that it will gain access to the Bondurant-designed track for development and testing of its own brand of Radford luxury vehicles, which the company says is ongoing.

“For a car to be truly great, it has to feel as good as it looks,” Button said. “It has to possess both style and substance in equal measures, and that you can only achieve through extensive testing and improvement.”

“Not many coachbuilders have a racetrack to call home,” Anstead added. “For all of us, part of the revival of the Radford brand is to stay true to founder Harold Radford. He was an innovator – and he would want his cars to be perfect in every way. Track development, led by Jenson, is integral to achieving that for our future cars.

“As we revive this famous brand, this marks the first of many exciting developments and partnerships. We can’t wait to share them with you.”

For more information about the Radford Driving School, visit the new website.