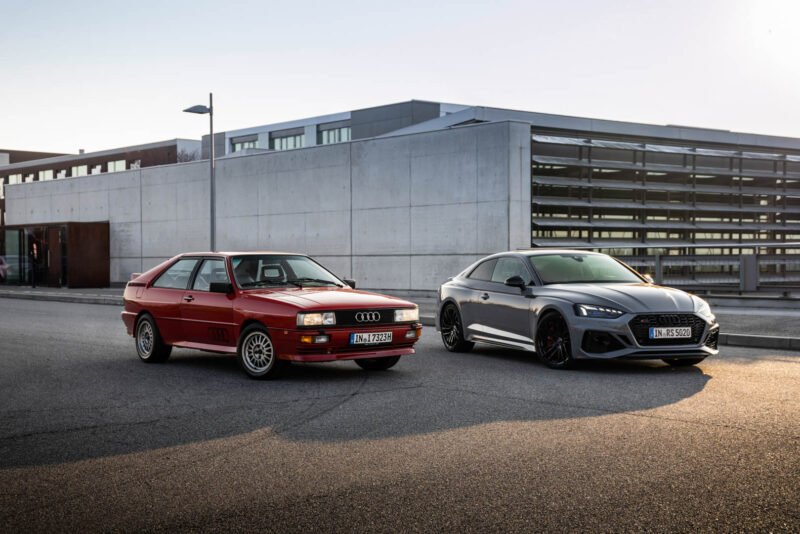 In an old episode of Fifth Gear, Tiff Needell and team put three classic icons up against some of their more modern and more sensible counterparts. For instance, one such icon was the Audi Ur Quattro, the most iconic car to ever wear the four rings. Its modern counterpart it had to battle? A B8 Audi A5 Sportback.

The Audi A5 Sportback wasn’t exactly a performance machine, especially in TDI-spec, as it was in back in the 2014 episode of Fifth Gear. Still, modern cars are so far ahead of their classic predecessors in terms of stability, grip, tire technology, power, and speed that the A5 didn’t need to be a performance car to genuinely rival the Ur Quattro.

When the Audi Ur Quattro was new, back in the early ’80s, it was an absolute monster of a machine, capable of a turn of pace that would frighten some supercars. It was also a genuine rally racing legend. So the idea of it taking on a four-door diesel is quite funny.

What’s even more funny is that, in the video, the Audi A5 gave the Ur Quattro a real run for its money. With Tiff Needell at the wheel of the Quattro, he struggled to even keep up with the A5 at times. Not because the A5 was faster but because it had better brakes, stickier tires, a more balanced chassis, less body roll, and just more composure overall. There were nearly forty years between them, after all.

Was the Audi Ur Quattro able to sneak out a victory against its newer, more efficient counterpart? You’ll have to watch the video to find out, as it’s quite entertaining. Especially since the Ur Quattro isn’t the only icon that faced the music in the video. Either way, though, it’s a testament to how far car technology has come that even efficient diesels can be as quick as genuine performance icons of the past.

The post VIDEO: Old Fifth Gear Pits the Audi Ur Quattro Against a B8 Audi A5 appeared first on QuattroDaily.