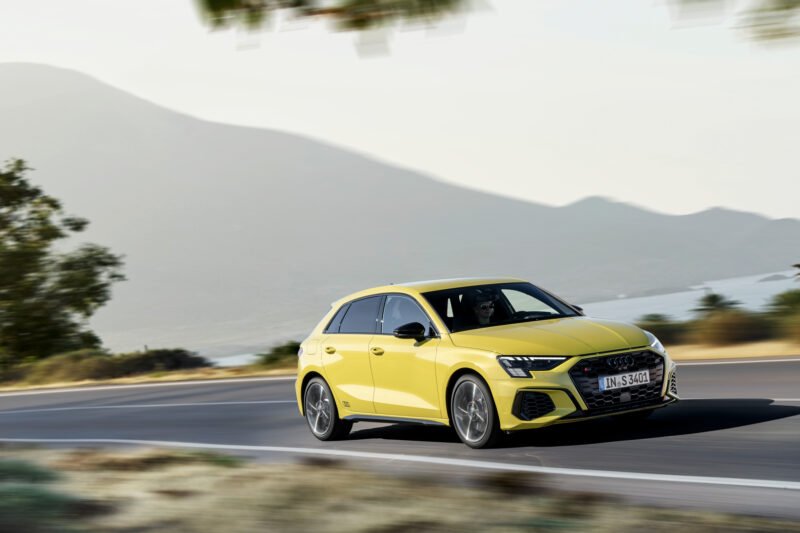 Last year, Carfection reviewed the Audi RS6 Avant by taking it on a road trip across America. This year, they’re taking another road trip, except this time it’s in the UK and with an Audi S3 Sportback. And it begs the question: is the Audi S3 essentially half of an RS6?

It actually sort of is, at least on paper. It’s an “S3” and three is half of six. It’s about half the size of an RS6, as well. It also has a 2.0 liter four-cylinder engine with a single turbocharged, which is exactly half of the RS6’s 4.0 liter eight-cylinder engine with two turbochargers. So, oddly enough, the Audi S3 Sportback really is half of an RS6. At least on paper.

What about in the real world, though? Is the Audi S3 half of the exciting driving experience? On a road trip through the UK, Carfection’s Henry Catchpole recently found out.

On the road, the Audi S3 Sportback is a good car to drive but, as we already knew, isn’t particularly special or interesting. It’s quick, with around 300 horsepower and a snappy seven-speed dual-clutch gearbox, but it’s never going to light your hair on fire or give you a fizz. It also sports sharp steering, quick turn-in, and a decent ride. However, it does lack an excitement that maybe its rival from AMG has.

Still, it’s a good car and, as Catchpole notes in the video, makes us excited for what the next Audi RS3 can be. This new S3 might not be the best car in the segment, nor is it truly half of an RS6, but it’s a big step up over its predecessor. So if the Audi RS6 cant be a big step up of its own, maybe it can be half of the RS6 on the road.

The post VIDEO: Carfection Reviews the Audi S3 Sportback — Is it Half an RS6? appeared first on QuattroDaily.