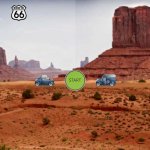 We’re written recently about teenagers and cars and how speed thrills but also kills, and about recent tests that demonstrate the impact — pun intended — of speed on the survivability of vehicle occupants of all ages. But speaking of ages, what about older drivers and the need to sharpen their skills?

We’re focusing this month on the Journal on driving schools, and we have discovered that there are around 44 million Americans ages 65 and older on our roads, and that they rank only behind young new drivers in crash rates.

Should we send them all back to driver’s ed classes?

Turns out there are a variety of programs designed to enhance older drivers’ capabilities, but a recently published study reports only minimal results from such things as classroom driver’s education courses, simulator training and even on-road instruction.

So what does work? Researchers say cognitive training, visual-perceptual training and even physical exercise can improve older drivers’ skills.

“The DMV gives you an eye test,” said Henry Mahncke, who has a PhD in neuroscience and is chief executive and lead developer at Posit Science and BrainHQ.  The company has created programs for seniors on their home computers that are designed to improve mental response when behind the wheel.

While working on his doctorate degree, Mahncke was part of a team studying how the brain reorganizes itself through learning and experience.

“Everyone thought it was hardwired like a computer chip in your head and as you got old it just wore out, like the engine in a classic car,” he said. “Our lab showed that wasn’t true.”

Instead, he said, the brain can rewire and relearn, and with faster and more accurate responses that help seniors become better drivers.

Quicker and more accurate response is important, since older drivers are 11 times more likely than other demographics to be involved in collisions in intersections, he said.

“You might be looking at the car in front of you but not the one coming from the side,” Mahncke said. “We can help older drivers be safer on the road and it’s been shown in a number of studies.”

In one such study, older drivers steered an 11-mile course on roads in rural Kentucky with a scientist-observer riding in the back seat. Those drivers then went through 10 hours of computerized brain training exercises and repeated the drive, this time making fewer dangerous driving maneuvers, Mahncke said.

By the way, Mahncke noted that he did not envy those ride-along scientists.

Another study, by the National Institutes of Health, found that healthy adults 65 and older who did brain exercises reduced their accident risk by nearly half (48 percent) over a 5-year period.

Sounds like yoga for the brain, to improve flexibility and dexterity, I suggested.

Regarding the 10 hours of time on the computer, Mahncke said that’s perhaps two hours a week, spread over a period of five or six weeks. He also suggested the program be repeated a few months later. Like physical exercises, exercises for the brain need to be maintained for the benefits to continue.

Those with AAA insurance can access the Drivesharp training from BrainHQ without charge, he noted, and even may qualify for a premium discount afterward. The charge for those paying on their own way can be as low as $8 a month, Mahncke said.

A sample of free trial exercises designed to help seniors sharpen focus and response can be accessed at the brainhq.com website.