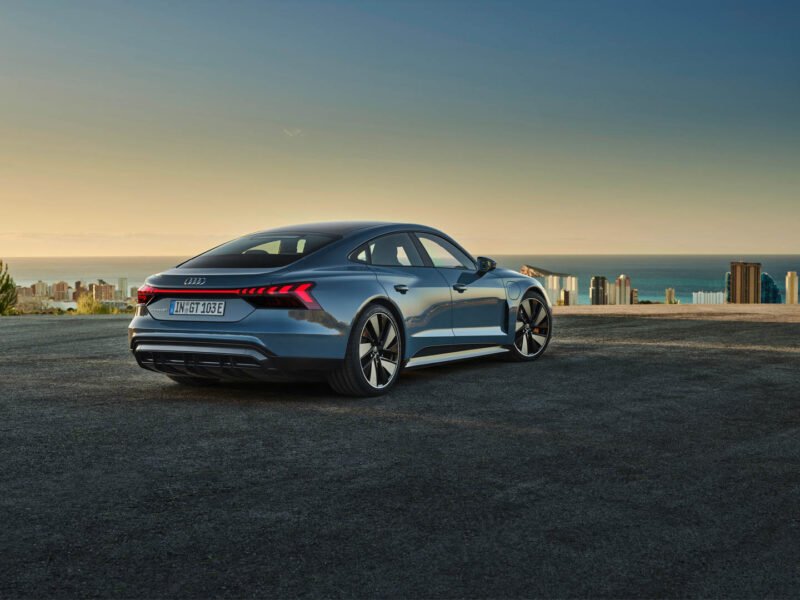 The folks at Top Gear are some lucky ducks. TG editor Jack Rix is among the first to review the Audi RS e-tron GT in this new video and we’re incredibly jealous. Not only did he get to drive one but he drove one painted in Audi’s all-new Tactical Green paint, which looks absolutely stellar.

In this new video, Rix walks us as viewers through the RS e-tron GT; its design, its new interior, and its powertrain technology; as well as gives a road review of it. Of course, he didn’t get to spend a lot of time with it, just one day, so the road review is more of a brief, quick drive review. However, it’s enough to get us crazy excited about it.

Much like the Porsche Taycan it’s based on, the Audi RS e-tron GT is bonkers fast. Standard power for the RS version of the e-tron GT is 590 horsepower and 612 lb-ft of torque. That’s Audi RS6 Avant-levels of power, so it’s going to be fast at all times. However, a temporary eight-second overboost function provides a whopping 637 horsepower. So it’s capable of 0-60 mph in the low three-second range. That performance isn’t as impressive as Tesla’s newest Model S but, as Rix notes in the video, it’s far more than you’ll ever need on the road and, more importantly, it feels so shockingly fast that any more speed would be uncomfortable.

Even more important than that, though, is the fact that it’s fun to drive, more so than the Tesla. It’s steering is precise, its ride is superb, and its chassis is more playful. It’s certainly a sports car, where a Tesla is more of a fast GT car. Nothing wrong with being a fast GT but the Audi RS e-tron GT was never going to beat the Tesla in terms of range or performance, so it needed to stand out by being sharper to drive and it is. 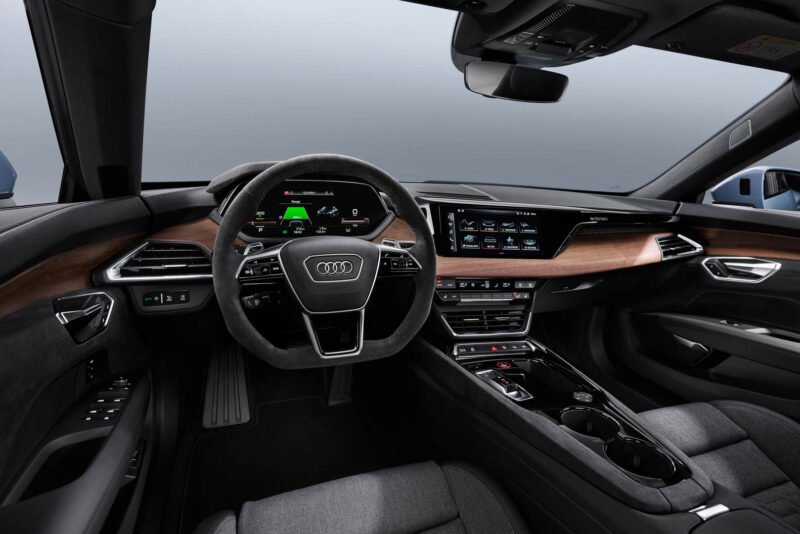 At the end of the video, Jack Rix talks electric cars, namely the Audi RS e-tron GT and Tesla’s newest products, with Marques Brownlee. If you aren’t familiar with Brownlee’s YouTube channel, get familiar because he’s probably the best tech reviewer on YouTube. He’s also a big electric car fan and a Tesla owner. So it’s interesting to hear his thoughts on Audi’s newest EV.

This video is a must-watch for all Audi fans. Take a look.