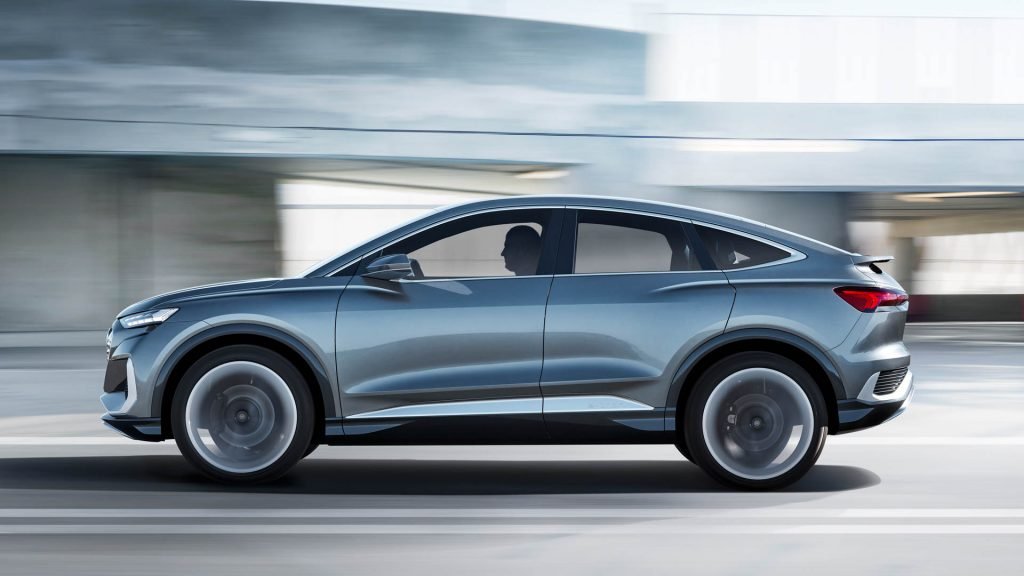 Audi is currently in the middle of launching a full-scale electric offensive on the automotive world with one goal in mind — take down Tesla. The four-ringed brand, along with the entirety of the automotive world, needs to catch up to the Silicon Valley EV giant if it wants to continue to compete in the premium segment for the foreseeable future. To do that, it’s going to need a ton of electric vehicles, more than just the e-tron SUV and the admittedly stunning e-tron GT. One of the upcoming additions to Audi’s stable is said to be an electric crossover coupe based on the soon-to-be electric Porsche Macan — the Audi Q6 e-tron.

At the moment, Audi has quite a few coupe-ish SUVs. There’s the Q3 Sportback, Q5 Sportback and the Q8. There’s also going to be the Q4 e-tron, which will be an all-electric crossover coupe built on VW’s MEB architecture. Now, Auto Bild is reporting that the Audi Q6 e-tron is in the works and it’s built off of the upcoming Porsche Macan platform, which will have at least one electrified model when it debuts.

If it’s going to share the same chassis as the Porsche Macan, it’s likely going to be the PPE architecture that’s shared by both Porsche and Audi. PPE (Performance Platform Electric) is going to underpin most electric Audi and Porsche models, or at least the ones that aren’t built on VW’s lesser MEB. So this makes sense for both brands.

Outside of that, though, Auto Bild really had no other information on the Audi Q6 e-tron. It’s said that it should be coming soon but that could mean this year, next year or 2023. No one really knows at this point. Still, it’s nice to hear something even semi-concrete about upcoming electric Audi models. We’re excited to see what it is and if it shares its chassis with Porsche, it should be damn good.

The post Audi Q6 e-tron Could Coming — Based off of Electric Porsche Macan appeared first on QuattroDaily.