Join the man responsible for the fastest off-road 911s and the boutique outfit building bespoke 911s for the most discerning collector and you get the Singer ACS. The acronym stands for All-Terrain Competition Study and, in typical Porsche fashion, that’s an title a little on the understated side.

Tuthill has made a case for the 911 on loose surfaces for some time now. Over the last decade, he’s been one of the biggest proponents of the R-GT category recently introduced to FIA rally though his cars have dominated rally events for decades. Tuthill’s recent victory in the 2019 East African Safari Classic marked a fourth win in the gruelling 3,000-mile event across Kenya and Tanzania.

Naturally, he was the man to have on hand when Singer’s decided they wanted to inject their trademark opulence into a form-over-function racing car. It’s not even fair to compare this to some cars of this ilk more catered to semi-casual blasts on gravel roads—the ACS is the genuine item and looks so far removed from something you’d ever want to get mud on, it’s almost unpleasant seeing its 959-esque shape getting pelted by the elements.

The spectacular ACS may lack a driven front axle, but even without the benefit of four-wheel drive launching it out of corners, there aren’t many cars more like a Group B rocket than this. It’s excessive, over the top, flashy, noisy, extremely powerful, and everything you’d expect a money-no-object, mud loving rally-spec 911 ought to be. Plus, this unique design should please the purists both by retaining an air-cooled motor and, beneath the carbon skin, using a 964’s chassis.

Despite it being a competition vehicle, it is a Singer and the execution is incredible—almost ornate.

A lightweight, strengthened chassis helps make the most of a 3.6-liter turbomotor’s 450 horsepower and 420 lb-ft of torque. Mind you, those numbers represent the water-to-air-intercooled motor in its mildest trim; it’s a flexible powerplant optimized to suit whichever event it’s taking place in. Incidentally, in addition to this vehicle handling stage rally, it’s robust enough for longer events like the Baja 1000. 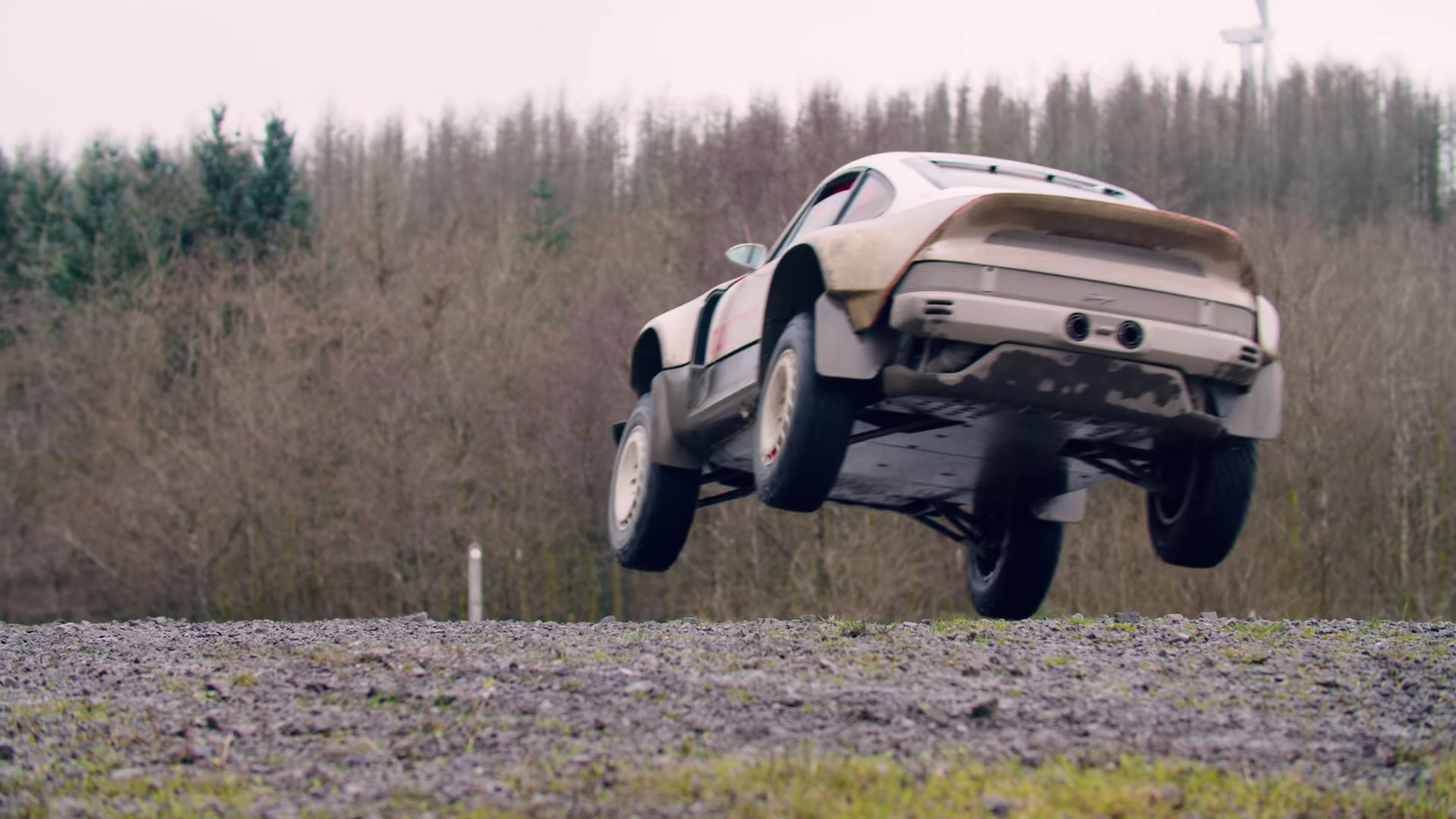 The power is sent through a five-speed dogbox sequential through its three limited-slip differentials onto, in this case at least, a set of forged 8×16″ wheels with knobby Bridgestones. The reason for the qualifier is that this isn’t the only iteration of the ACS. As the name would suggest, there’s also a tarmac-oriented version in the works. When that footage comes around, I hope they wind the boost up a bit more.

For more on the car, visit tuthillporsche.com.