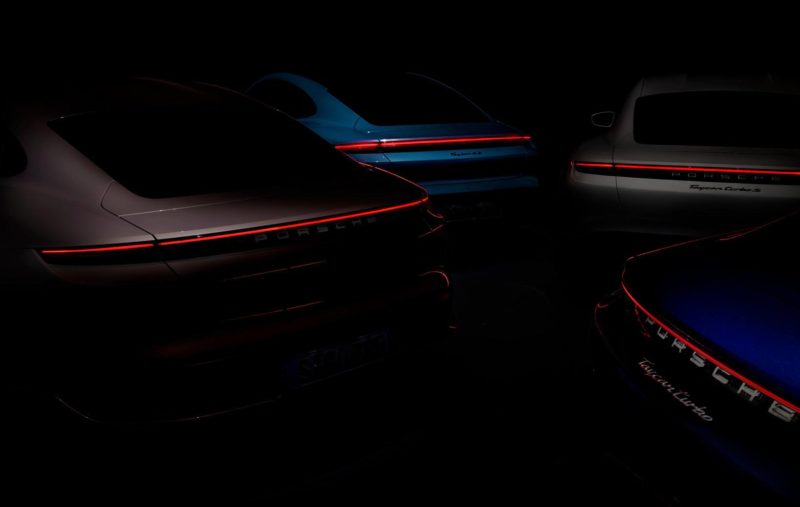 In a social media post on Monday morning, Porsche teased a fourth member of the Taycan sedan family joining the market in the near term. The above image, depicting Taycans Turbo, Turbo S, and 4S with a new model on the far left with its badge blurred out, had a caption stating “Welcoming a new addition to the family. Stay tuned.” On Tuesday afternoon our suspicions were proven correct when the base model rear wheel drive Taycan was unveiled.

The current Taycan lineup in the U.S. market starts at $103,800 for the 4S model. That gets you two electric motors driving all four wheels, 522 horsepower, and a 3.8-second 0-60 time. It also has a choice of two batteries, providing either 199 miles or 227 miles of range, according to the EPA. Don’t get me wrong, it’s a great car, but after Porsche drops the front motor, increases the range, and decreases the price by about $15,000, we think it would be a smash success. Improved steering by pulling weight and drive from the front axle would be welcome in the Taycan, which already handles like a sports car with all of its weight down low and inside the wheelbase. 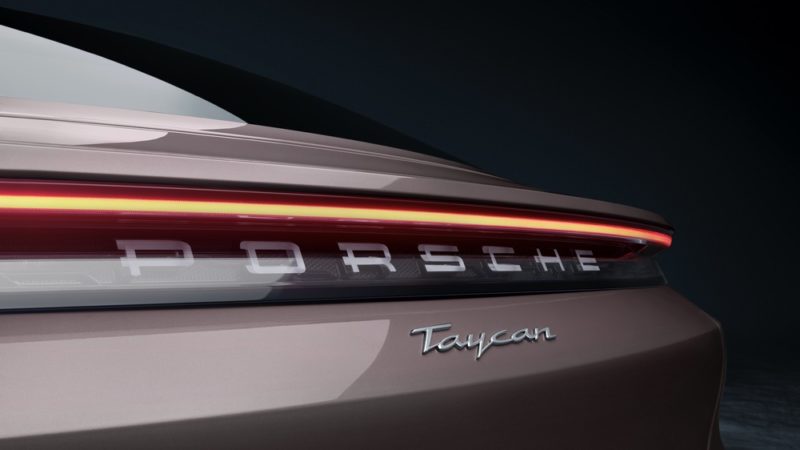 A base Taycan has been available in the Chinese market for several months now, and it’s finally headed to North America and Europe. With a single permanent-magnet synchronous motor and a two-speed transmission, the rear wheels are pumped up by 402 electric horsepower when paired with the smaller 79.2 kWh “Performance Battery”, or 469 horsepower with the larger 93.4 kWh “Performance Battery Plus” option. Porsche quotes a more forgiving WLTP cycle range, so you can expect that EPA numbers will be a bit lower than the reported 267 miles and 300 miles respectively. Still, it should be plenty of range for the average American. 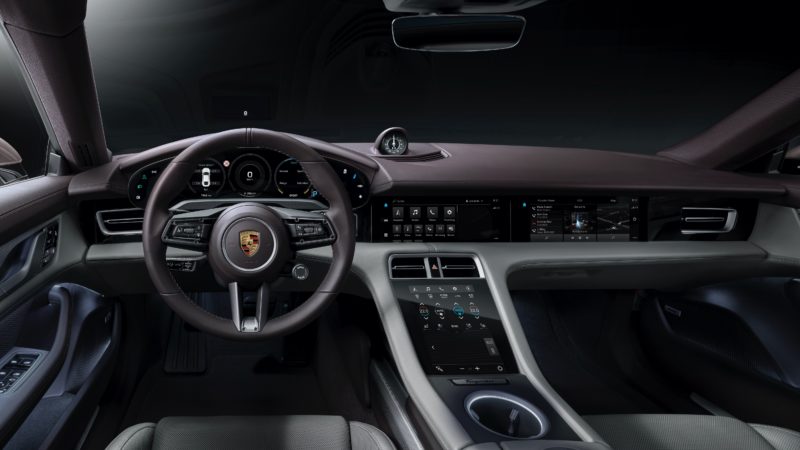 All of the stuff we already love about the Taycan is there, including most of the speed and a lot of the tech. It’ll run a quoted 0-62 time of 5.4 seconds, but we all know how conservative Porsche is with their acceleration times. With maximum charging capacity of 270 kW, the Taycan can be charged from 5 to 80 percent in just 23 minutes, or you can plug in for 5 minutes and gain over 60 miles of added range. That’s mighty impressive.

The base model Taycan will run significantly less than the current bargain 4S model, considering its MSRP of $79,900. With the 4S starting at over 100 grand, Porsche clearly puts a big price on that front axle motor. Not only that, but the base Taycan undercuts the less-powerful Panamera as well, by $7,300. These base model Taycans will start arriving in dealerships by the middle of March. 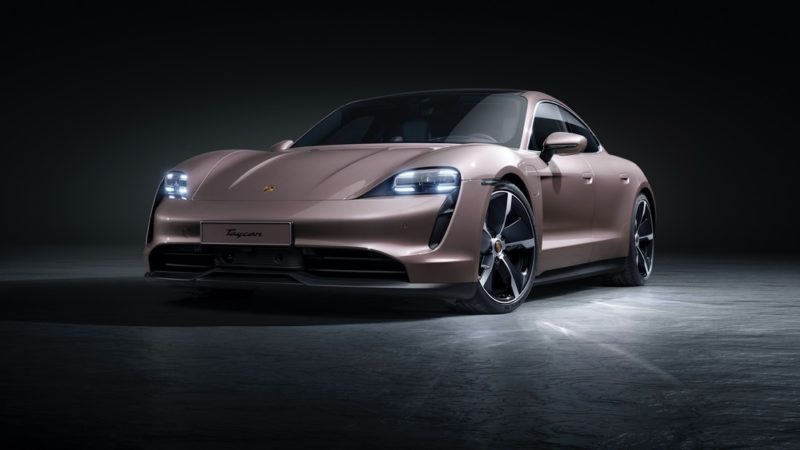 Consider that Porsche sold 20,000 Taycans in 2020, and then consider that this lower priced model will open the electric Porsche market to even more people, plus the lifted wagon Taycan Cross Turismo coming later this year, and Porsche is poised to potentially double that number in 2021. Excellent!