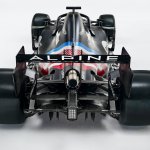 Groupe Renault will link Renault Sports Cars and Renault Sport Racing under the Alpine banner as part of the French automaker’s corporate strategy for the next five years.

“The newly created Alpine business will be a ‘new generation’ automotive brand for discerning, passionate early adopters,” according to the announcement.

Among those early adopters is Lotus, which will work with Alpine to develop a “next-generation” electric-powered sports car.

According to the announcement,Alpine (pronounced al-PEEN-eh), which currently produces the A110 sports car, will draw from its own experience as well as from Renault’s legacy in Formula One and the 1,200 people working on the Renault Sport Racing F1 team, and from Nissan and Mitsubishi, which are part of an automotive alliance with Renault.

“The new Alpine entity takes three brands with separate assets and areas of excellence to turn them into an empowered, fully fledged business,” Laurent Rossi, Alpine’s chief executive, is quoted in the news release.

“The craftsmanship from our plant in Dieppe, the engineering mastery from our Formula One and Renault Sport teams will shine through our tech-infused, 100% electric line-up, taking the beautiful Alpine name to the future. We’ll be on the tracks and on the roads, authentic and high-tech, disruptive & passionate.”

Alpine was founded in 1955 by Jean Rédélé, a young Renault dealer and rally racer. It introduced the original A110 sports car in 1962. The company built its reputation on success in rallying and in 1971 swept the top three places in the Monte Carlo Rally, and repeated that accomplishment in 1973, the year the company became part of Renault. Alpine won the 24 Hour of Le Mans race in 1978 with the Renault-Alpine A 442B Group 6 sports prototype. It introduced a new A110 model in 2018.