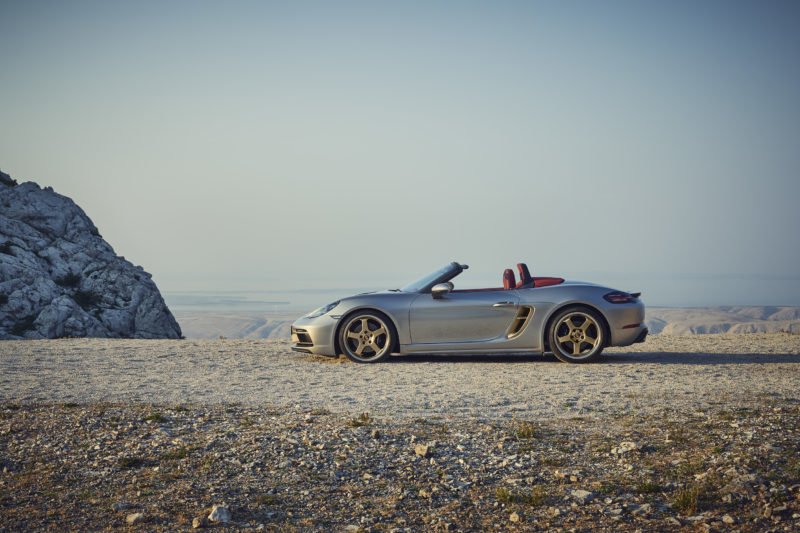 It has been twenty-five years since Porsche first delivered the Boxster to customers way back in 1996. It’s hard to believe that much time has passed, but it’s true. Our own Boxster Clubsport project was a 1996 build car. Today, in 2021, Porsche has unveiled a tribute to that original two-seat mid-engine runabout with a new Boxster 25 Years edition with twice as much horsepower and a price tag more than double what a 97 2.5-liter five-speed would have cost. But oh man, is it ever a car you would drool over.

Taking a cue from the 1992 Boxster Concept, the 2021 Boxster 25 Years features bronze accents. Actually Porsche calls this color Neodyme. The wheels, badges, front grille, and side air inlets are coated in this shimmery copper color, and it really makes the car stand out from the current lineup. Standard in GT Silver Metallic, the Boxster 25 Years is also available in black or white as you so choose, but the Neodyme accents stay. The top and interior are red as a matter of course, but you can select black for either if you really want, but why would you? 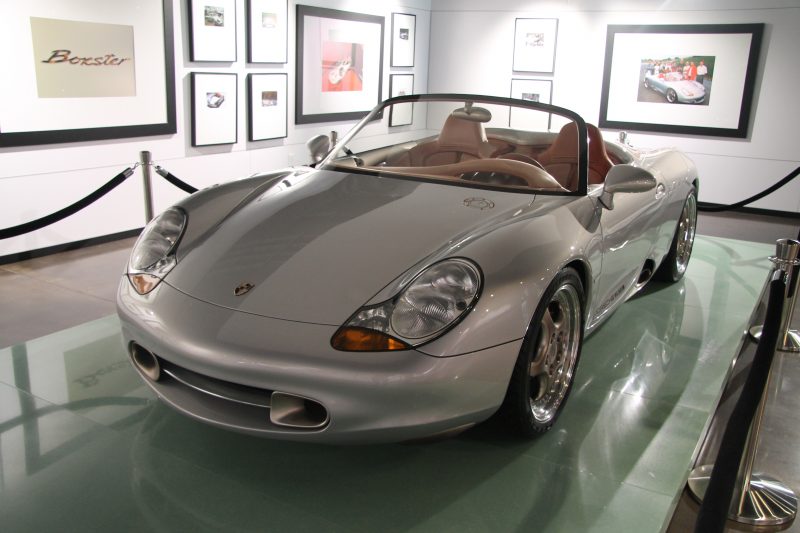 Of course, the Boxster 25 Years is based on the current 718 Boxster GTS 4.0 which means it is a very exciting car to begin with. A nearly 400-horsepower flat six, mated to either a PDK or 6-speed manual gearbox, provides propulsion for this mad unit. With PDK and Sport Chrono, it’ll run from 0-60 in just 3.8 seconds. Considering the original 986 could only manage a 0-60 time of 6.1 seconds, that’s a decent bit of progress in 25 years.

If you want one of these, call your Porsche dealer ASAP, because they’re only building 1250 of them for worldwide consumption. Be prepared to pony up a decent chunk of change, however, because the Boxster 25 Years edition starts at $98,600, plus $1,350 for delivery. Once you order it, however, you might have one of the most interesting (and best driving) Porsche Boxsters ever built. Neat car, this one. 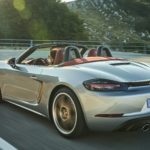 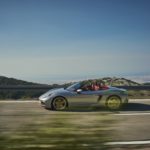 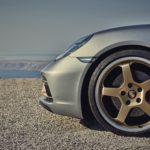 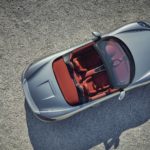 The post The Porsche Boxster 25 Years Edition Is A Stunning Throwback To The Mid-1990s Concept appeared first on FLATSIXES.