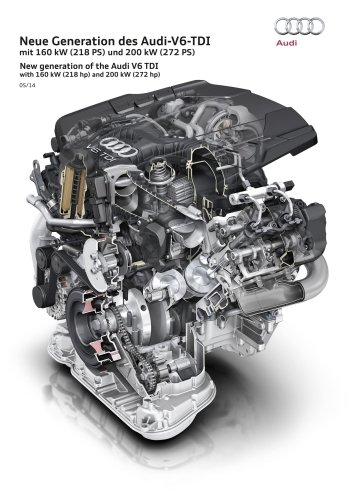 It seems like yesterday that news broke of the Volkswagen Group cheating its diesel emissions in both Europe and North America. However, it was actually almost six years ago, which is sort of making me feel old. Despite the six year gap in time, Dieselgate (as it’s known) doesn’t seem to want to go away. Former Audi CEO, who was CEO during Dieselgate, Rupert Stadler is currently undergoing trial in Germany and has made headlines recently for attempting to pin the blame on Audi engineers.

Back when this scandal first broke, several Volkswagen execs and engineers confessed to using a cheat device software to manipulate emissions testing machines for its diesel engines. However, Stadler and Audi engineers did not and now Stadler is claiming that he was unaware of such software and, when trying to get to the bottom of it, Audi engineers weren’t forthcoming with him.

Instead, he claims, they used “a salami tactic” of providing only small bits of information, masking the full picture, so he couldn’t get to the truth. He also claims that prosecutors have ignored evidence of his fact-finding in an attempt to put the blame for the scandal on him. Though the fact that he failed to put a stop-sale on diesel vehicles, even after evidence of such cheating software was found, doesn’t help his case.

Stadler’s defense is that a handful of rogue engineers decided to implement this cheat device software without his knowledge. Though, the evidence doesn’t look great for Stadler, as several Volkswagen Group execs knew of the cheat device software and have confessed to knowing as much. This is sure to play out for longer, so we’ll have to wait and see how the courts find Stadler, but it’s still shocking that six years later and this is still a story plaguing Audi. Hopefully, its continued development of EVs can continue to improve the brand’s image.