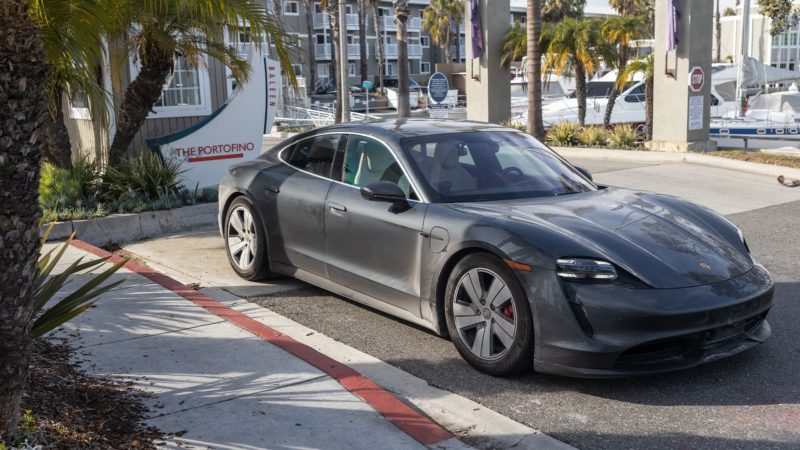 The Cannonball Run isn’t quite what it used to be. There are so many more people on the roads these days than there were back in the Car & Driver underground hot rodder times that it just isn’t safe. And some people have gotten the number so low that to beat it you need to average over 90 miles per hour, which just isn’t tenable. Someone is bound to get hurt in the outright “competition” for which there isn’t a trophy outside of a fleeting minute or so of fame. Now, in the electric car category, things get a little more interesting, because these speed runs are a test on the efficacy of the nation’s charging infrastructure, and the vehicle’s ability to hold its range.

While the EV record was initially set in the summer of last year by a team driving in a Tesla Model 3 Performance, auto journalist Kyle Conner (Inside EVs) and his two co-drivers, Drew Peterson and Tijmen Schreur wanted to see if that record could be beat with a non-Tesla. Obviously the Porsche Taycan 4S is the logical choice for such an excursion. Conner already held the Tesla record from last year, so he knew what it would take to get the job done. By using Electrify America’s charging infrastructure, which is faster and easier to come by than Tesla’s Supercharger network, and the Porsche’s industry-leading charging speed, the record was well within reach. All of this in spite of the fact that this new record would be run in the dead of winter, and cold temperatures cut electric vehicle range not insignificantly.

The trip didn’t go off without a hitch, however, as the Taycan’s navigation computer never quite knew where it was. The Taycan usually has a “preconditioning” system onboard to warm up the batteries, because warm batteries accept a charge much better than cold ones. That system kicks on whenever the car is navigated toward a charging station, but as the nav was broken the team had to warm up the batteries on their own, by punching the throttle.

Because electric cars are more efficient at lower speeds, thanks to aerodynamic forces, this record run was a delicate balance between speed and stopping to charge. It makes sense to go a little slower if it means cutting a charge out of your route. As a result, the record run average was just 64 miles per hour. The team admits that they reached a maximum speed of 160 mph during the run, hopefully in the middle of the desert somewhere with nobody around.

“Though Porsche Cars North America does not condone, promote, or acknowledge any sort of activity that would violate the rules of the road, we were pleased to see how well the Taycan and the charging infrastructure did during Kyle’s test,” a Porsche spokesperson told The Drive. “It demonstrated the proliferation of EA’s ever-developing nationwide charging infrastructure as well as the over-the-road capability of the Taycan. Though it carries the soul of a sports car, the Taycan is just as comfortable driving over long distances.” 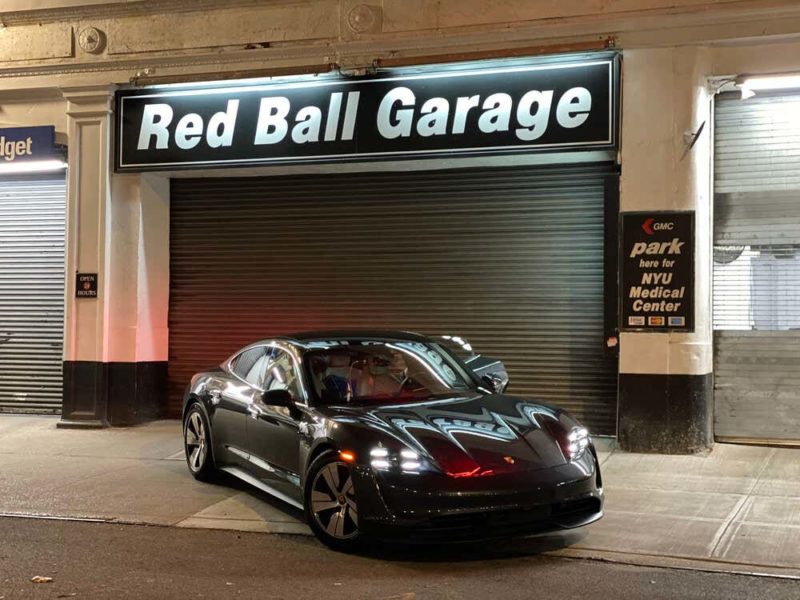 This just proves that range anxiety isn’t really a thing. I’ve never been across the country this quickly in a gasoline car, so it’s nice to know that I could easily do it in three days in an electric car.

The post A Porsche Taycan Took The EV Cannonball Record Across The Country In Just 44 hours and 26 minutes appeared first on FLATSIXES.