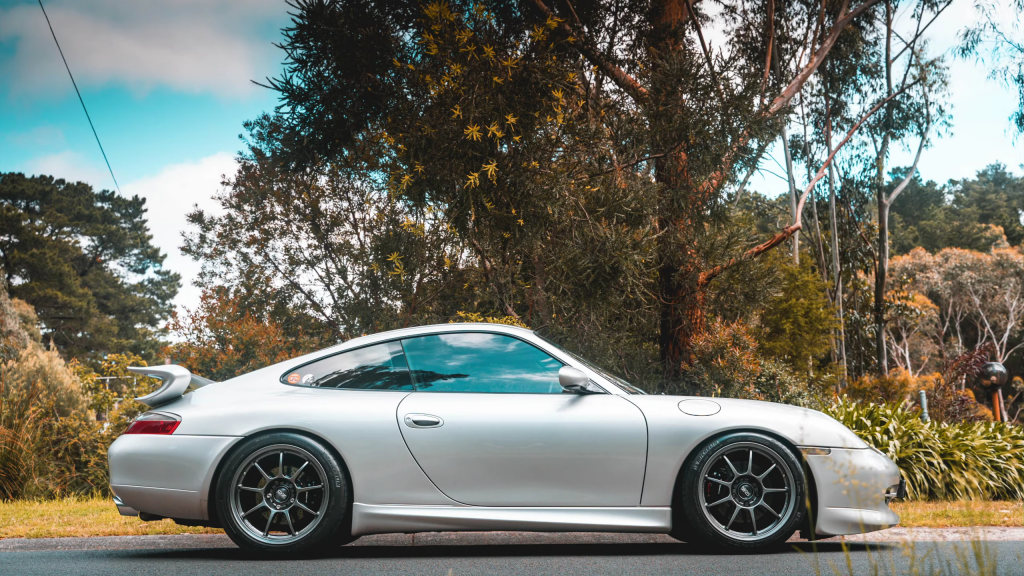 When an aero-kitted 996 is sat on top of a set OZ Alleggerita wheels, you wonder where all the criticism comes from.

When tuners have the courage of their convictions and the ability to look accept unchangeable shortcomings, they can—excuse the expression—polish a turd. Alan is such a mensch and his 996 proves two things: the potential of the most maligned 911 is undeniable and this combination of carefully chosen additions makes the 996 a genuinely pretty thing. Perhaps the second is just an opinion, but tell me that Alan hasn’t successfully addressed the car’s cosmetic shortcomings and turned it into a head-turner. 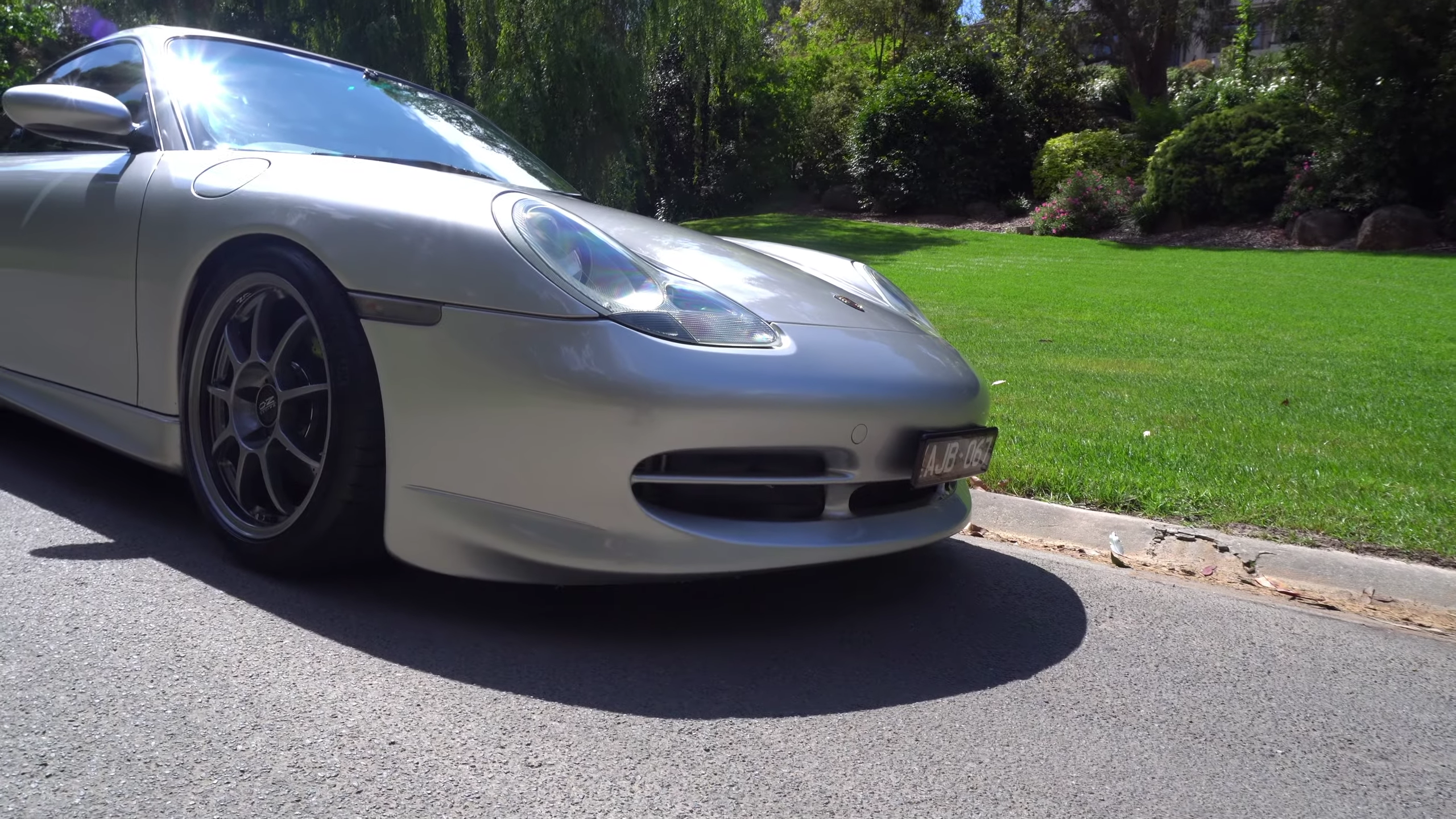 Replacing the amber corner headlamps with clear items makes a world of difference.

The Tiptronic gearbox and a largely Savanna interior might sway some from buying what was once a dentist-spec 996, but Alan’s been able to make this example into a purposeful and undeniably sexy car with just a few tasteful modifications. Its athletic stance comes courtesy of a 996.1 GT3 bodykit, Koni Sport shocks, Eibach GT3-spec springs and swaybars, as well as a set of lightweight OZ Alleggerita wheels. Inside, a few additions give it a little more sense of occasion and a lot more driver engagement. 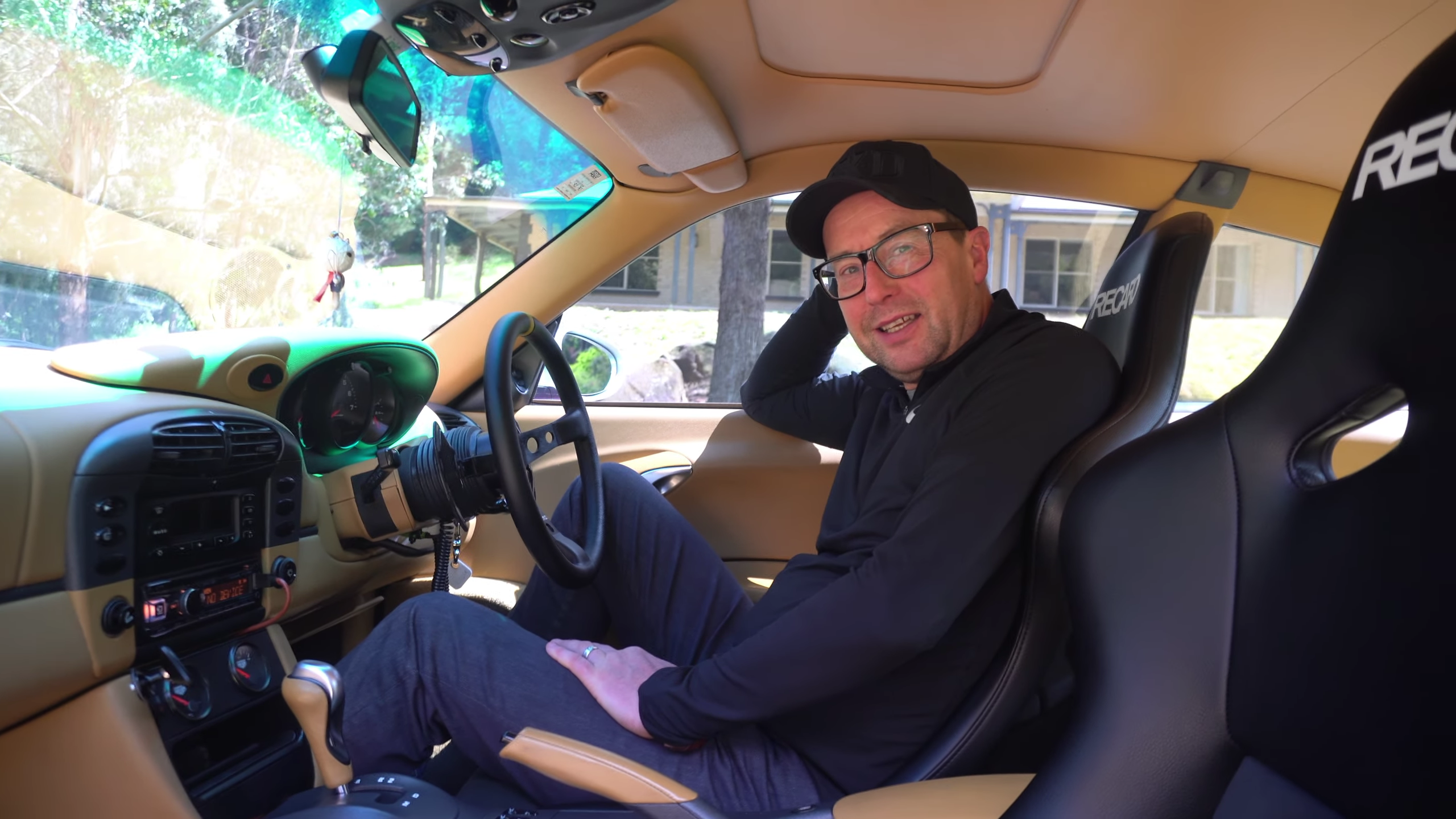 Elephant in the Room

There aren’t many who feel a budget GT3 could ever sport a Tiptronic gearbox, but Alan accepted this shortcoming and did his best to make it acceptable. With the addition of Works Bell paddles behind that bossed wheel, he’s made it a little more engaging and lively. True, the ’98-spec automatic will never hold a candle to a modern PDK, but the Tiptronic—especially one with an improved shift action—is a far cry from a slushbox.

What its undesirable transmission robs it of is compensated for by a few power adders and a reasonable amount of weight reduction; nobody’s going to call 3,000-pound car with 300 horsepower slow. Most importantly, this personalization process has left this car looking lovely and its owner undeniably proud. With all the boxes checked, it’s hard to find any fault with this immaculate example of a tastefully tuned ‘Tipper.’

The post How Do You Turn A Porsche 996 With A Tiptronic Transmission Into a Thriller? appeared first on FLATSIXES.