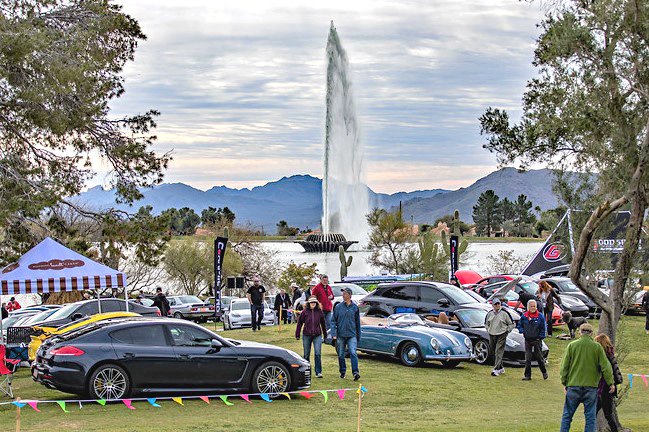 The Antique Automobile Club of America has rescheduled several of its 2021 activities, moving the annual convention in Philadelphia to April 15-17, the special dual nationals in Puerto Rico to April 21-21 and the Central Spring Nationals in Auburn, Indiana, to July 1-3.

“While we can start to see the light at the end of the tunnel, the coronavirus is still having an effect on our national show and tour schedule,” the AACA said. “The rescheduling of events planned for the beginning of next year has already begun everywhere, including some AACA events.”

The AACA also notes that the Philadelphia Free Library’s automobile reference collection has been relocated to the AACA Library. The relocation is being underwritten by the AACA and the Simeone Foundation Automotive Museum.

“The Philadelphia Free Library’s Automobile Reference Collection was originally started and curated by Thomas McKean in 1948,” the AACA notes. “McKean’s life was tragically cut short by a car accident in 1949; he was only 40 years old. He was a pioneering member of AACA, an AACA past president, and the club’s first life member. His legacy is also honored via the AACA national award trophy known as the Thomas McKean Tour Trophy.”

Concours in the Hills canceled

Because “a coalition of the major hospitals in Arizona have called upon the mayors of all towns in Arizona to deny permits to any event exceeding 25 people,” organizers of the annual Concours in the Hills near Phoenix have canceled their February 13 car show.

“Last year we drew about 30,000,” they said of the event staged on the lakeshore in Fountain Hills and benefiting Phoenix Children’s Hospital.

The show had been held annually since 2014.

The Cavallino Classic, the huge and hugely significant Ferrari concours event in Palm Springs, Florida, has been postponed until April 22-25, 2021.

“While we had high hopes to stay with our traditional January dates, the current covid resurgence looks as though it will last through January at least,” John Barnes, president of Cavallino Magazine and the Cavallino Classic, said in the announcement. “With the vaccines and new guidelines and springtime, we believe it will be a better climate to host all of you come April.”

Can your car do party tricks?

The AACA credits member Hal Kennedy for sharing a pair of videos about American Car Party Tricks. The first includes cars produced from 1949-1962 and the second those from 1963-1972.

Take a look this week at part one (and we’ll share part two next week):

Following are dates currently set (but subject to change) for a variety of concours d’elegance, car shows and driving tours scheduled during 2021: