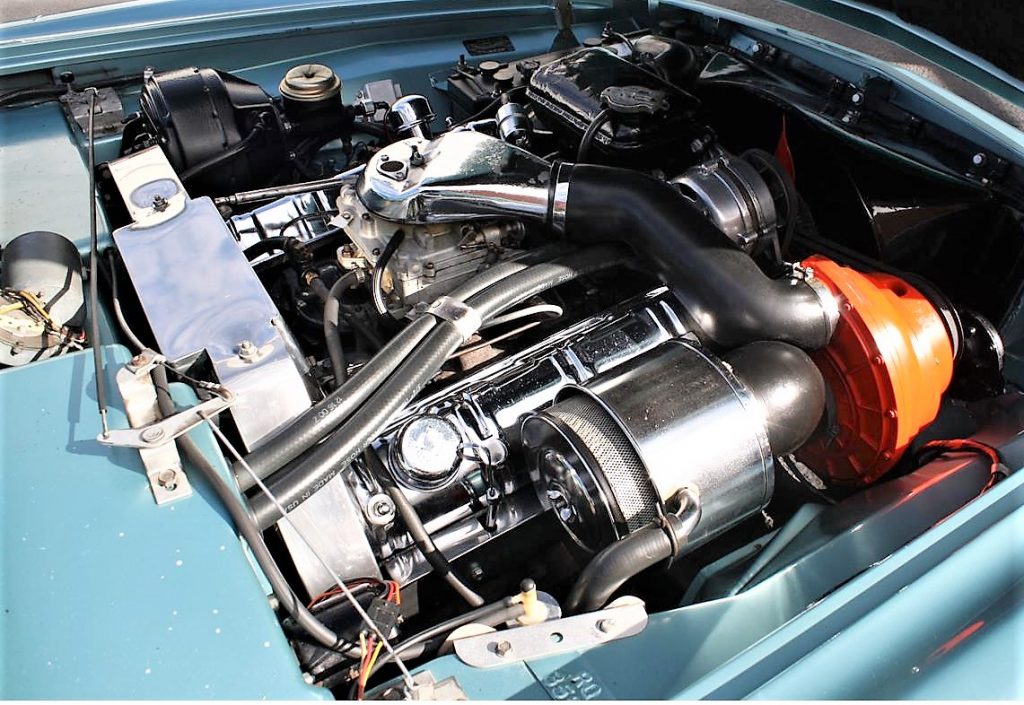 A true milestone design and among the most-memorable shapes from mid-century automakers, the Studebaker Avanti remains a standout as America’s first postwar grand touring car.

But upon introduction in 1962, Avanti’s beauty proved to be more than skin deep. A factory supercharged version in stock fettle set the world’s record as fastest production car with an official speed of 178 mph achieved at the Bonneville Salt Flats, where it also broke 29 other speed records.

The Pick of the Day is one of those first-year coupes with the hot setup, a 1963 Studebaker Avanti R2 with its matching-numbers 289cid V8 boosted by a Paxton supercharger, and the 289 horsepower fed through a rare 4-speed manual transmission.

This was how the car came from the factory, according to the Tucson, Arizona, dealer advertising the Avanti on ClassicCars.com.  “The only modifications from stock are the radial tires and CB radio.”

The Avanti also has the kind of one-family ownership history desired for any collector car.

“The first owner was an Avanti Club member since Day One and meticulously cared for the car,” the dealer says in the ad. “One-owner car until 2005 when it was passed down to his niece who cared for the car until 2020. It was always garage kept in its homes in Tacoma, Washington, and in northern California.”

The coupe underwent a “cosmetic restoration” in the mid-1980s by an Avanti specialist, the seller says, with the work including a repaint in the car’s original Turquoise color.  The fiberglass body has never been damaged and the chassis remains rust free, the seller adds.

“Its history is quite documented and comes with a full file box of manuals, Avanti Club newsletters, tons of receipts of work performed, registrations, and original purchase receipts when the car was bought new at ABC motors in Tacoma,” the seller notes. “We also have the original build records from The Studebaker Museum.”

The turquoise interior is largely original except for a new carpet recently installed, the seller says, and is in decent condition aside from a seam separation on the driver’s seat. The car also “runs and drives excellent.”

Avanti came near the end of Studebaker’s long timeline, which started out in 1852 as a wagon maker famed for building prairie schooners for intrepid settlers. The South Bend, Indiana, company closed its doors in 1967.  Just 4,643 Avantis were produced by Studebaker, with the 1963-64 models most sought after.

This original high-performance Avanti is priced at $64,500.