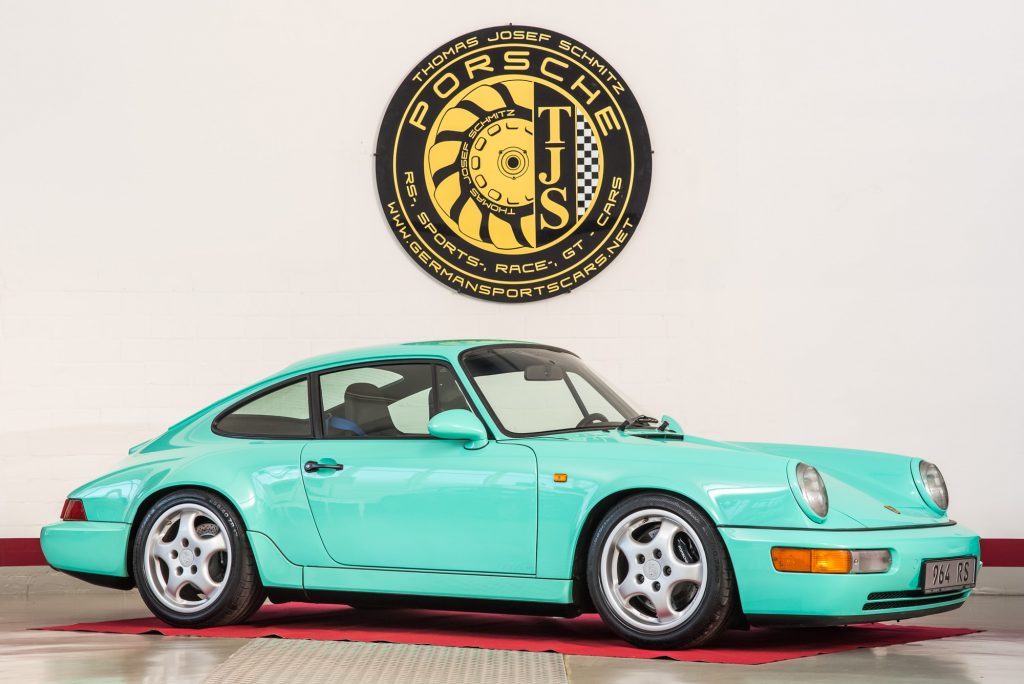 Though the values of 964s have skyrocketed in the last couple years, there’s no denying that some are worth every cent they’re asking. This rare and completely stunning 1992 Carrera RS is one which should command a kingly sum, and it’s not hard to understand why.

The allure of a 964 in this color will likely encourage a wide array of classic collectors, status-starved techies, and attention-seeking YouTubers to separate themselves from many of the mint green rectangles in their wallets. Rarity is one thing that sets this already obscure model apart from the rest, and making it even more appealing is its past. 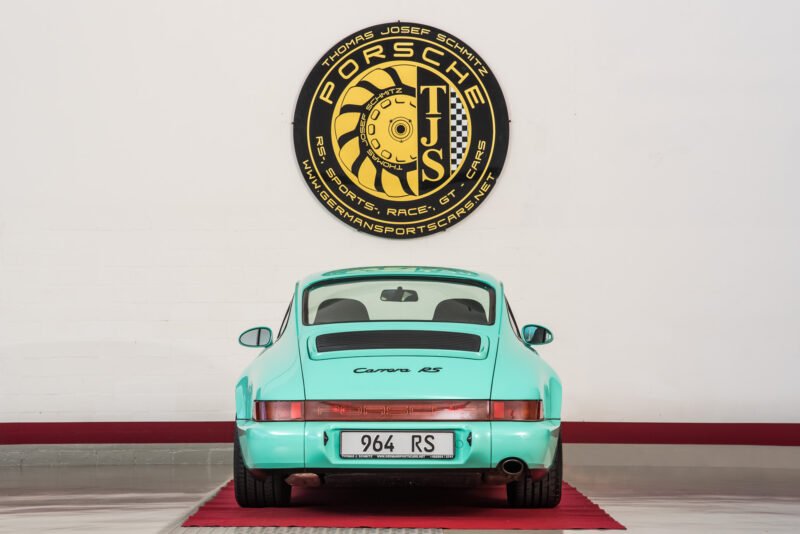 The neck-stretching paint is not the only eye-catching bit about this RS. Inside, the custom black interior with blue cushions, blue belts, and blue belt loops were chosen to reflect the traditional colors of Konrad Motorsport. This German (though formerly Austrian) racing outfit has specialized in Porsches over its thirty years; starting with Group C 962s, moving into the BPR series in the nineities, and culminating in the 2009 Porsche Supercup title.

In 1991, driver and team boss Frank Konrad ordered this gem at the Porsche Center Bielefeld for his close friend and sponsor Mr. Sieckmann. in 2005, Mr. Siekmann sold the car to the current owner, who then picked it up in the Konrad warehouse in Verl near Gütersloh, where this car and some other rarities were stored. 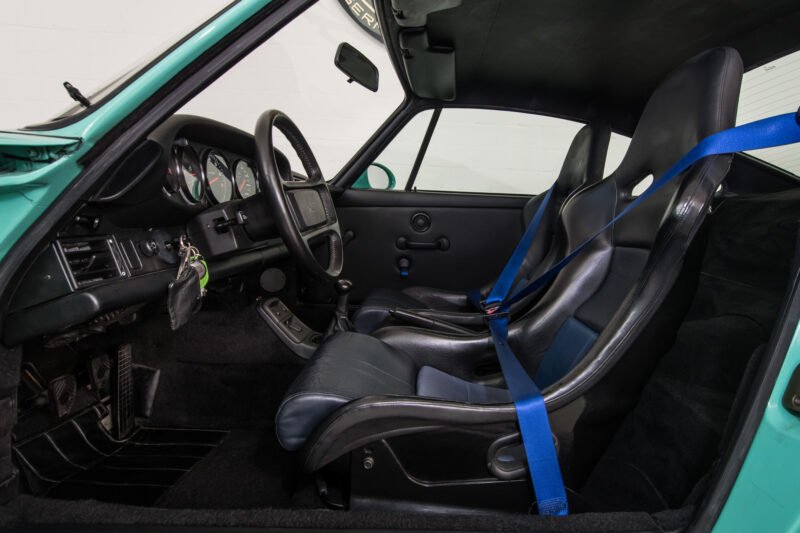 Since then, the current owner has bought and sold this car many times over. Soon after purchasing it, he sold to a German nobleman and industrialist from the fabric and weaving industry. In 2007, the car made its way back to the current owner who sold it to a friend in Holland. In 2009, he managed to buy the car back again—this time with 24,800 km.

Not long after, the vehicle went to a German collector, friend, and regular customer. Now, after 11 years, the rare car is up for sale again. Those concerned with its regular changing of hands can rest assured its history has been carefully documented, both in pictures and words, in a large folder with invoices, receipts, all logbooks, and the original service book.

For more on this beauty, visit the elferspot listing here. 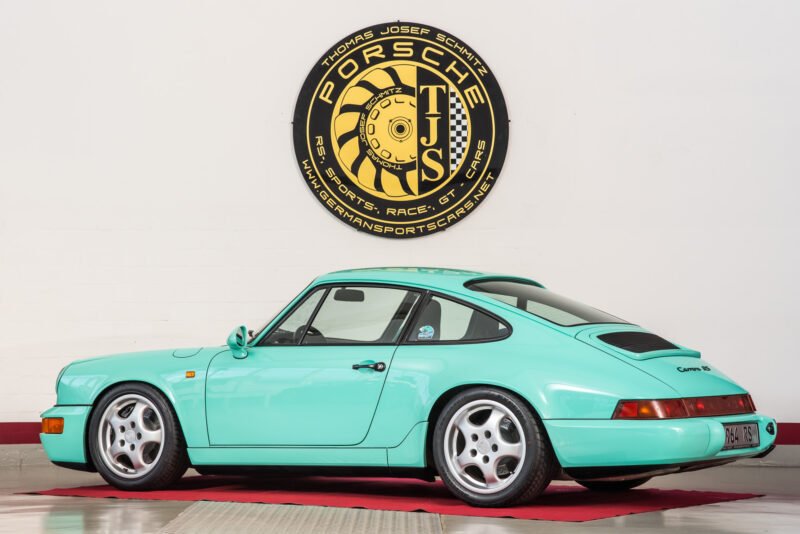 The post Mint: This Green 964 Carrera RS is Worth Every Cent appeared first on FLATSIXES.